Before my recent trip to Florida I had never seen (or even heard of) a Limpkin, but now I need to add it to my list of favorite birds. At Myakka River State Park I had the opportunity to observe multiple individuals of this species as they searched for food in shallow water and taught foraging skills to their chicks.

This chick stays close and pays attention as the parent demonstrates foraging techniques: 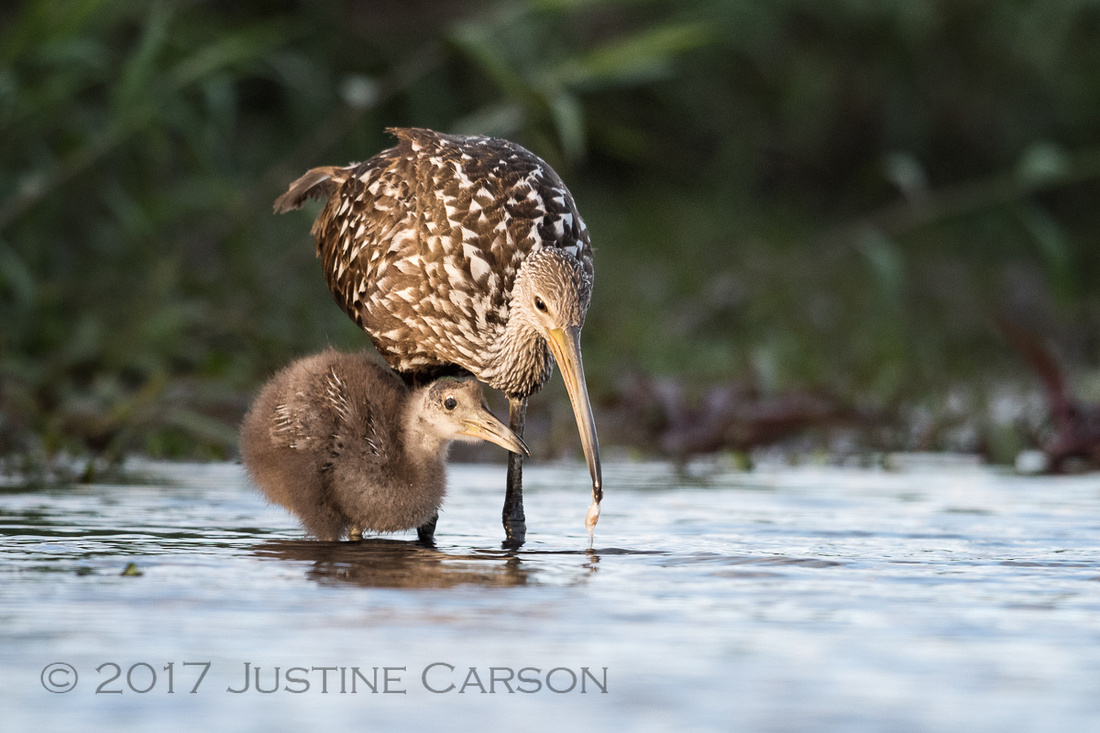 The Limpkin inhabits freshwater wetlands and marshes and feeds primarily on apple snails.  Studies have shown that its long bill often curves slightly to the right – as does the shell of the apple snail. Nature never ceases to amaze me! 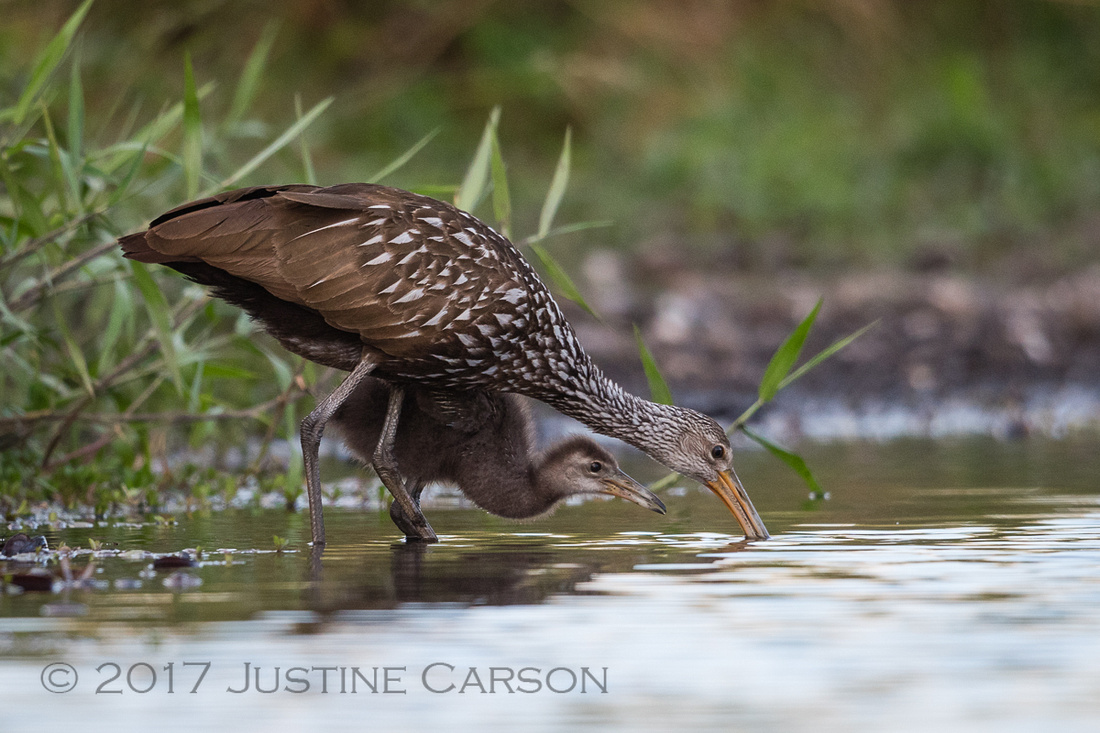 A secondary food source is freshwater mussels as pictured below. 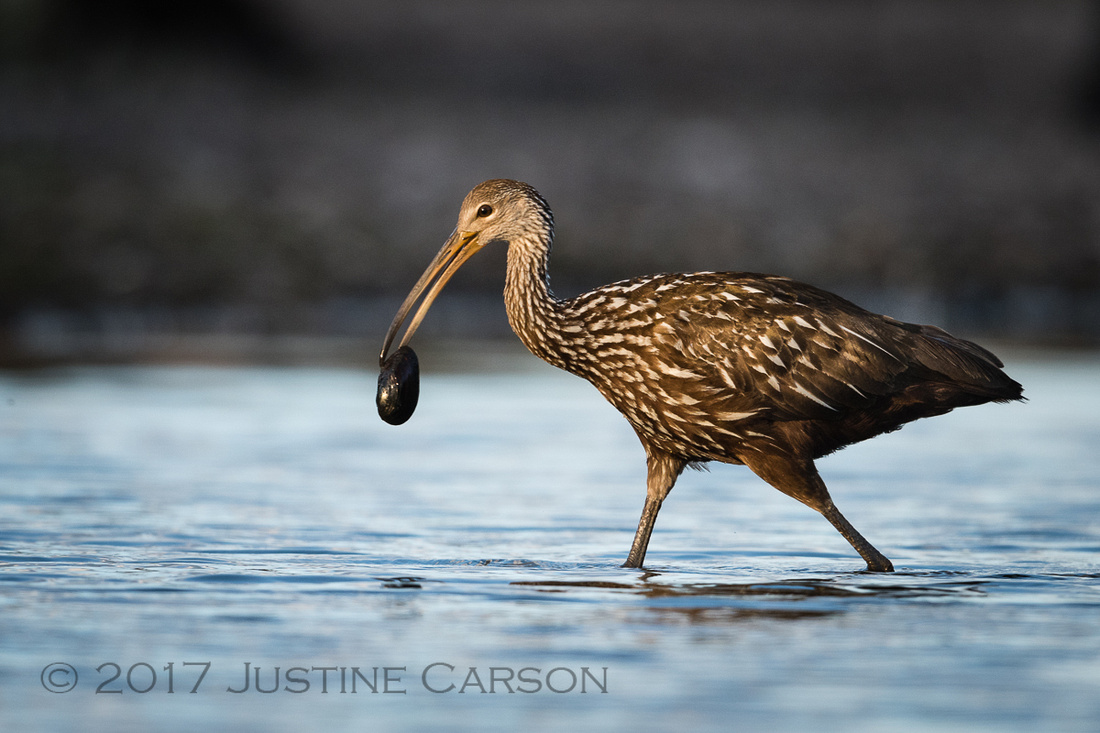