Along the Dalton Highway

The James W. Dalton Highway begins at the intersection with the Elliott Highway, about 80 miles north of Fairbanks, and ends approximately 414 miles later at Deadhorse.  All but about 100 miles is gravel road and very isolated.  There are only three towns along its length: Coldfoot, Wiseman, and Deadhorse.

It was constructed in 1974 in order to transport equipment and workers to build the Trans-Alaska Pipeline System and is still primarily used for pipeline maintenance and transport to and from the Prudhoe Bay oil fields.  It gets very little tourist traffic and was not open to the public until 1981.

Beginning at Deadhorse, our photo tour group spent three days driving south on the highway, with a two-night stopover at Wiseman.  After traversing the tundra of the North Slope, we climbed into the Brooks Range and crossed the Continental Divide at Atigun Pass, elevation 4,739 feet.  Other stops along the way include the Arctic Circle Wayside Rest Area and the E.L. Patton Yukon River Bridge.

Below are a few photo highlights from this trip.

Descending from the Brooks Range at Atigun Pass into the Diedrich Valley: 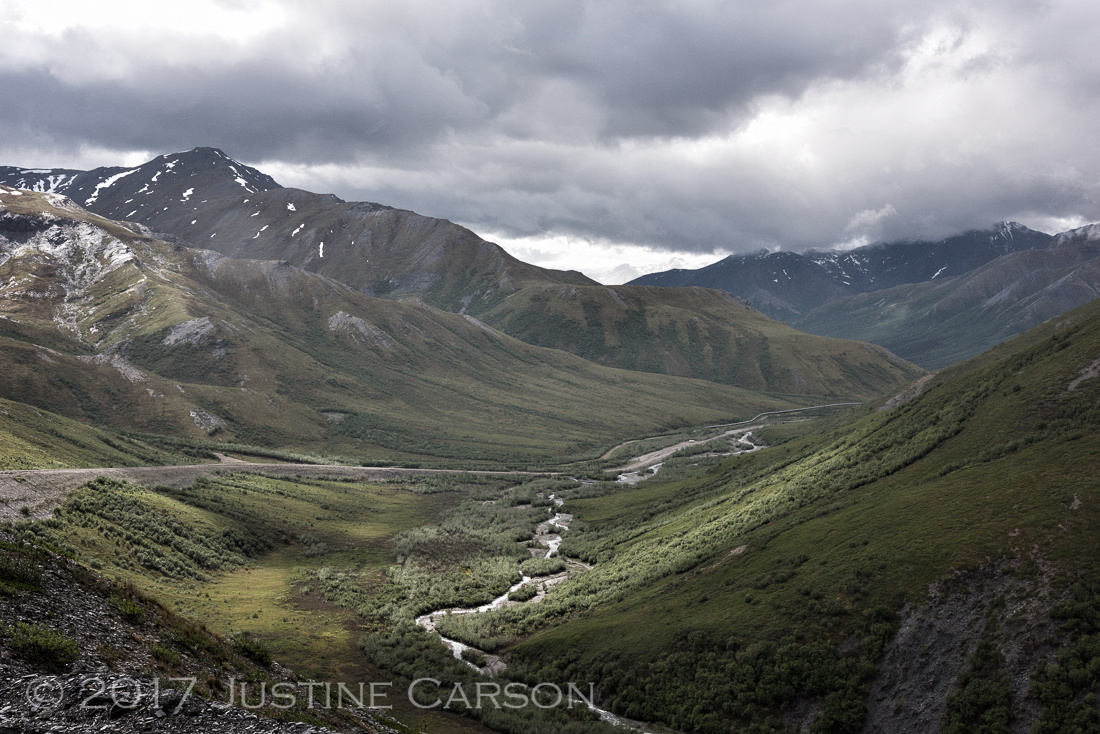 Moose cow wading in roadside lake looks toward her calves hidden on shore: 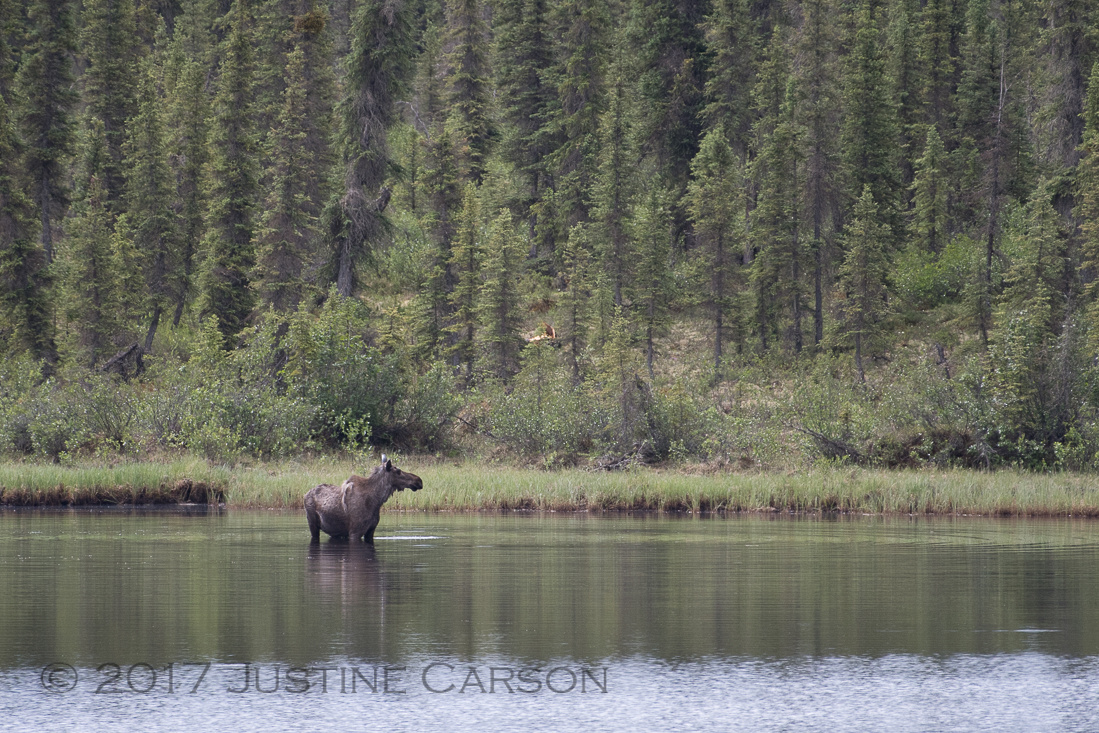 Leaving the mining town of Wiseman (population 14 at 2010 census): 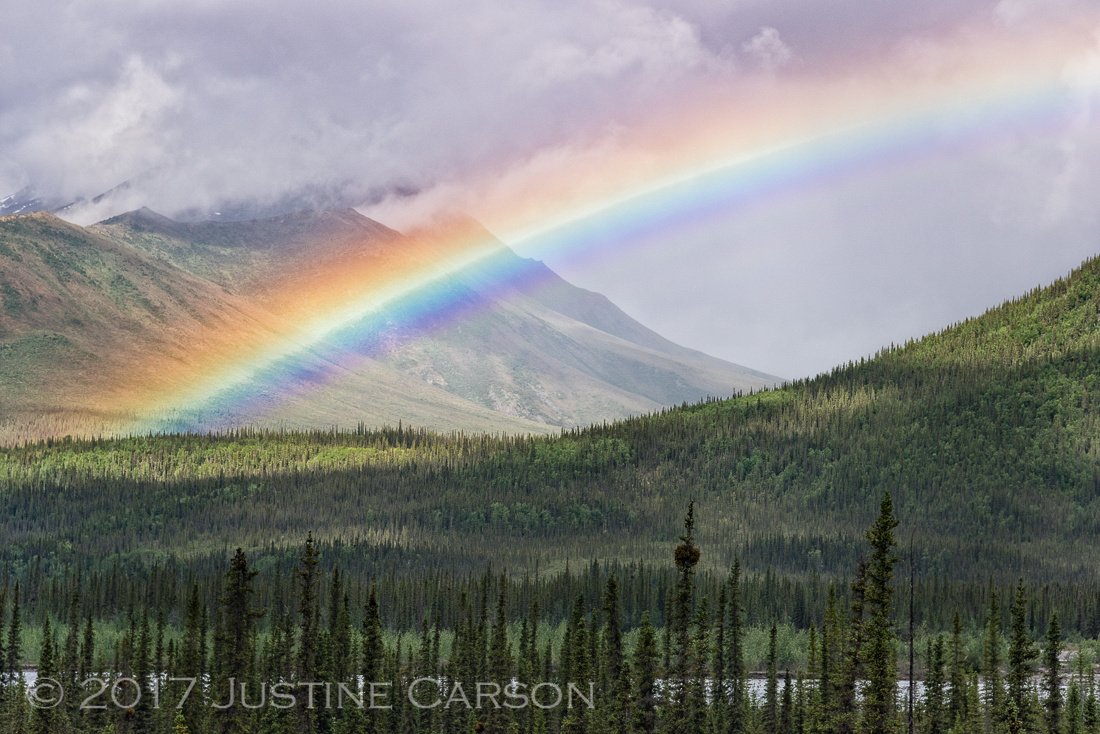 For more views along the Dalton, including caribou, brown bear, fox, and musk ox, click here.