Alaska: Flight-seeing over Gates of the Arctic National Park

Gates of the Arctic National Park and Preserve is the northern-most and second largest of America’s national parks. Jimmy Carter designated Gates of the Arctic as a national monument in 1978.  When Congress passed the Alaska National Interest Lands Conservation Act (ANCILCA) in 1980, it became a national park. Located to the west of the Dalton Highway, the park includes arctic tundra to the north; boreal forest and the central Brooks Range in the central and southern sections.

This park, at over 8 million acres (larger than Belgium) is designated as wilderness area, meaning that it has no roads and no trails.   You can fly in (and land on one of the gravel bars along the braided river channels) or you can walk in.  As you might imagine, this means that it is also the least-visited of all the national parks.

Lacking the time, equipment, and expertise to do an on-the-ground visit, I feel very fortunate to have had the opportunity to do a flight-seeing tour. On the day of our flight, weather conditions were mixed – some overcast, some high clouds, showers, and windows of sunlight – creating ideal conditions for some dramatic lighting.

Flying through the "gates of the arctic" -- Frozen Crags on the left and Boreal Mountain on the right -- with the North Fork of the Koyukuk River flowing between them:

High peaks and a glacial lake in the Brooks Range: 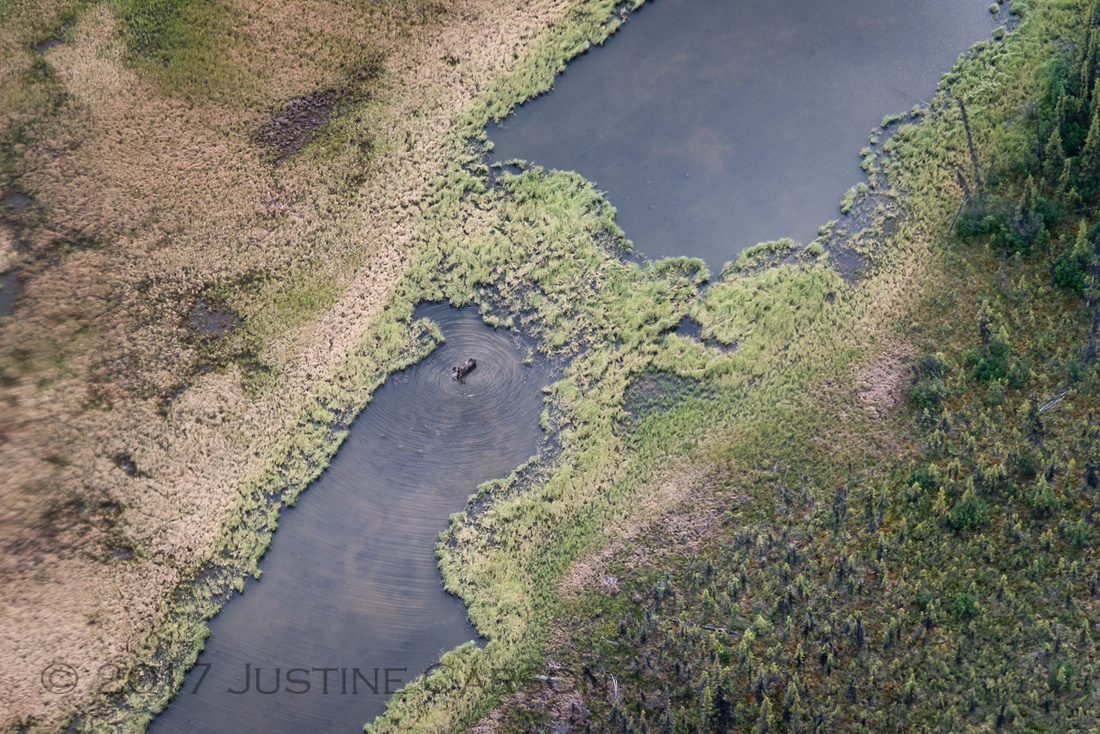