Only about 10% of visitors to Denali National Park actually get to see the mountain. This is partially because of weather patterns – Denali creates its own weather and is often obscured by clouds.  Also, most visitors (primarily the land/cruise package tourists) don’t spend more than a day in the park and that day is spent in the eastern part of the park, where views are more rare than in the western part.

To maximize chances of viewing Denali, our photo tour included three days in the park.  On day one the mountain was completed socked in.  We enjoyed our 90 mile, east to west drive on the park road, spotting wildlife and checking out the wild flowers, but even the closer and lower Alaska Range was not to be seen.  On the morning of day two, the mountain was still not visible from the ground, but on a flight-seeing tour we could see both the North and South summits from above the cloud. Still, we wanted to see the whole mountain and planned a hike for the afternoon, hopes high.

Our hike took us past Wonder Lake toward Blueberry Hill, but only the Alaska Range was in view.  Though impressive themselves, most of the peaks of this range are only one third the height of Denali, as we discovered as we continued our hike.

As a friend and I started the McKinley Bar trail, something began to come into view behind the Alaska Range and we realized we were getting our first glimpse of the mountain – and that its size was stunningly much greater than anticipated. 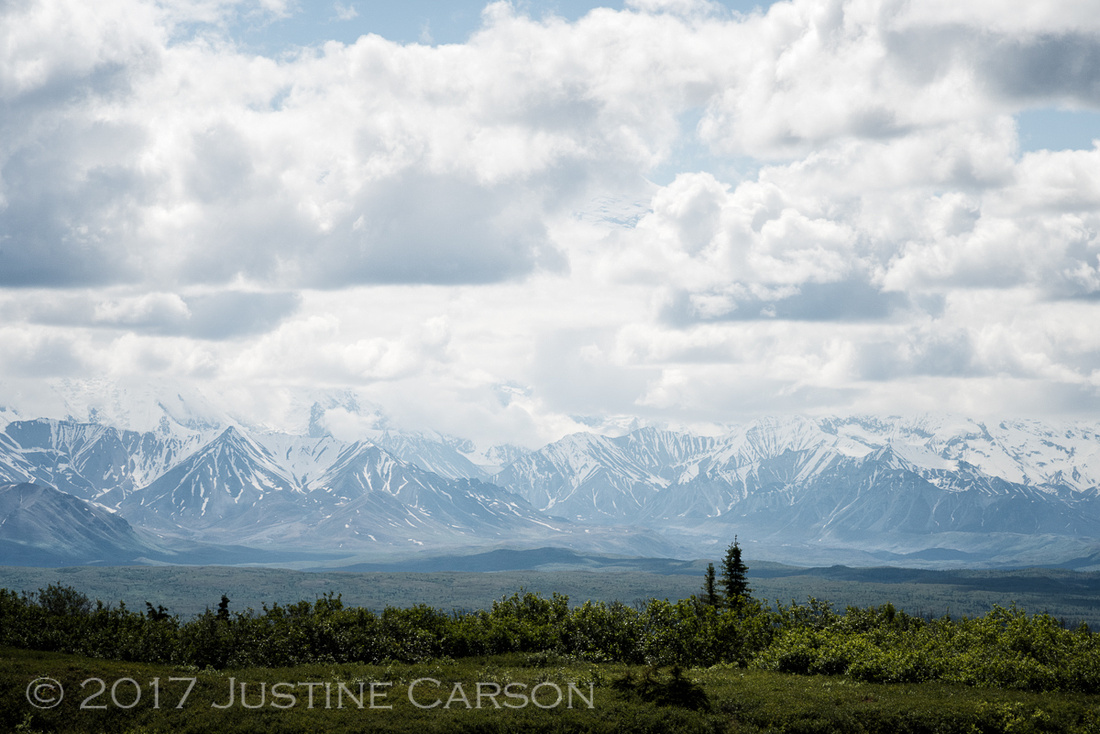 The clouds continued to shift as we continued our walk toward the McKinley River, giving us tantalizing glimpses of different parts of the summits and slopes. 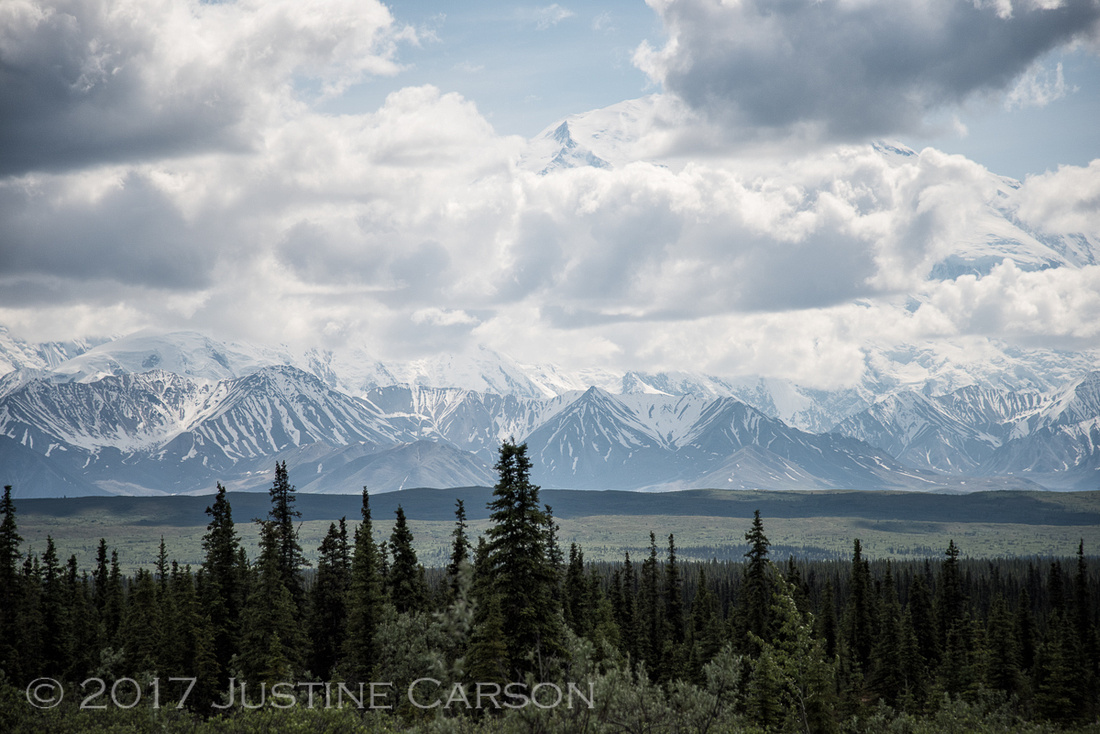 At last almost the entire summit was visible, dwarfing the foreground mountains almost to insignificance, and it became clear why Alaska Natives named the mountain Denali – the Great One. 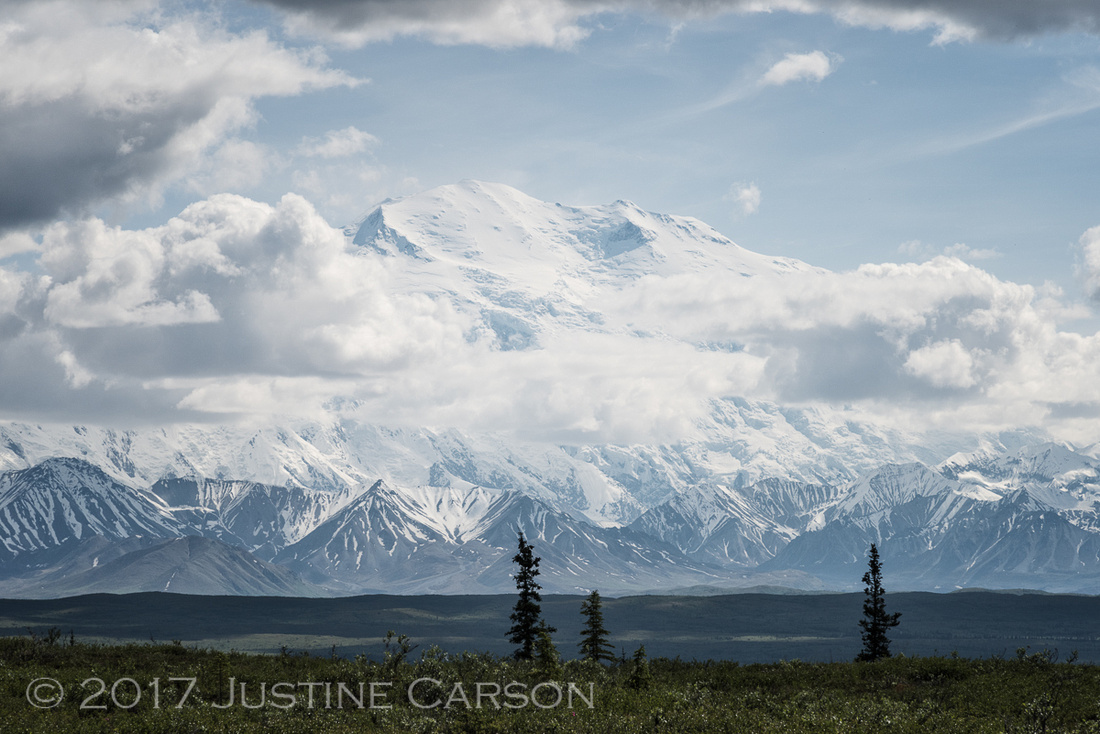