Scavengers, useful in all ecosystems, are especially important in the Maasai Mara. With the many dead animals from river crossings or predator kills, scavengers help to clean disease-causing carcasses from the environment. Vulture stomach acid is particularly corrosive and allows the birds to safely digest putrid carcasses that might be lethal to other scavengers.

The characteristic bald head of vultures (and Marabou storks) historically thought to be a mechanism to keep the head of these birds free from bacteria, also plays a role in thermo-regulation.

Vultures have an interesting variety of collective nouns. A group of vultures feeding on a carcass is called a wake; in flight, a kettle; and roosting in trees or gathered on a termite mound, a committee, venue or volt.

Here, a wake of vultures is joined by a Marabou Stork. 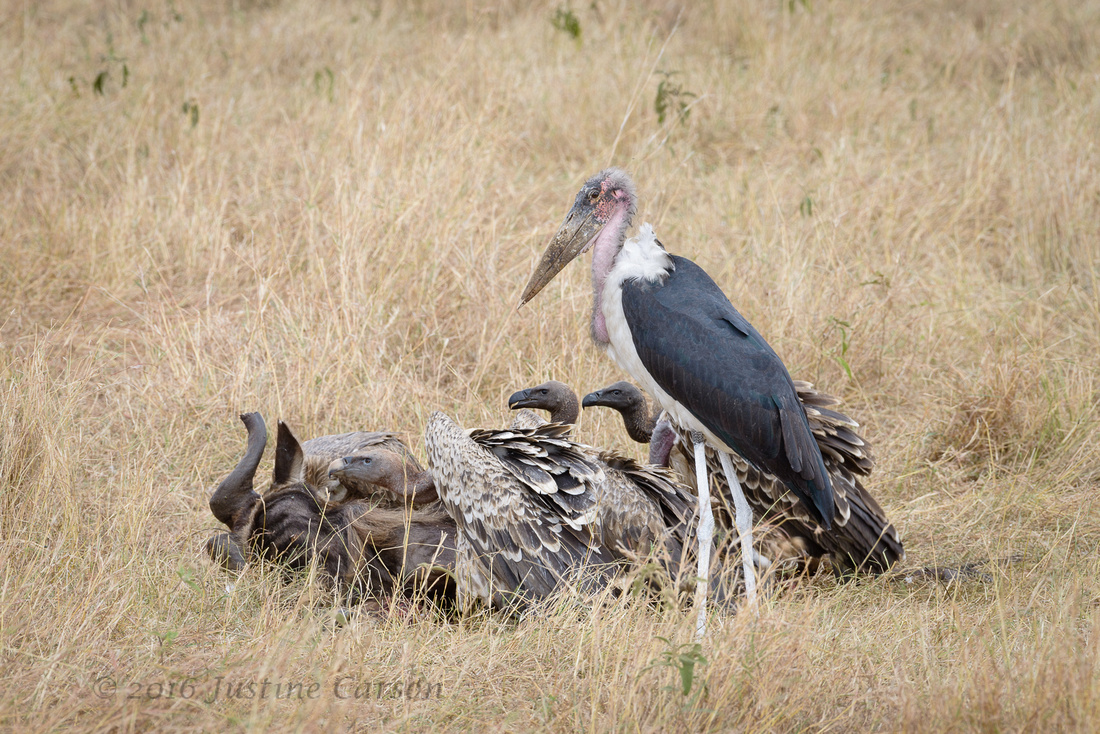 Below, a mixed group of vultures (Lappet-faced, larger, darker, and with red head and neck; Ruppell's Griffon, light-colored beak; and White-backed, dark beak) rest after feeding on a carcass.  You might call this a post-wake venue of vultures. 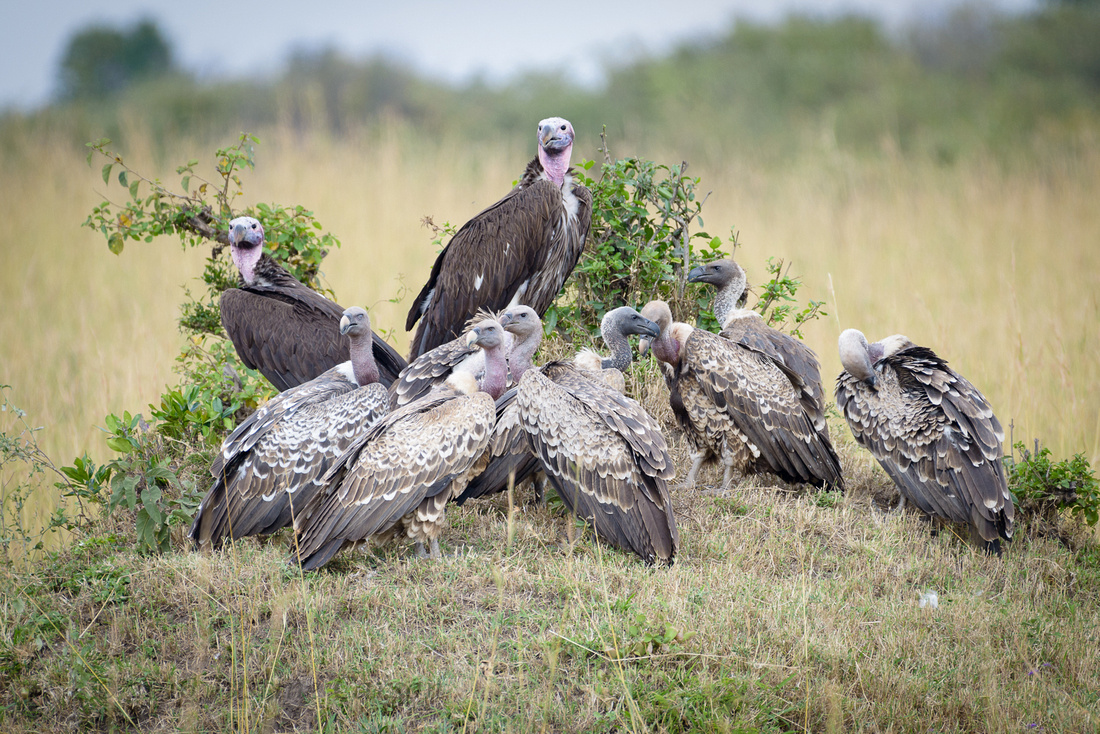 A mixed-group of vultures rest on a termite mound after feeding on a carcass.

While not unusual to see groups of vultures gathering on the ground near carcasses, it was surprising to see them, along with a Marabou stork, feeding on carcasses in the Mara River. 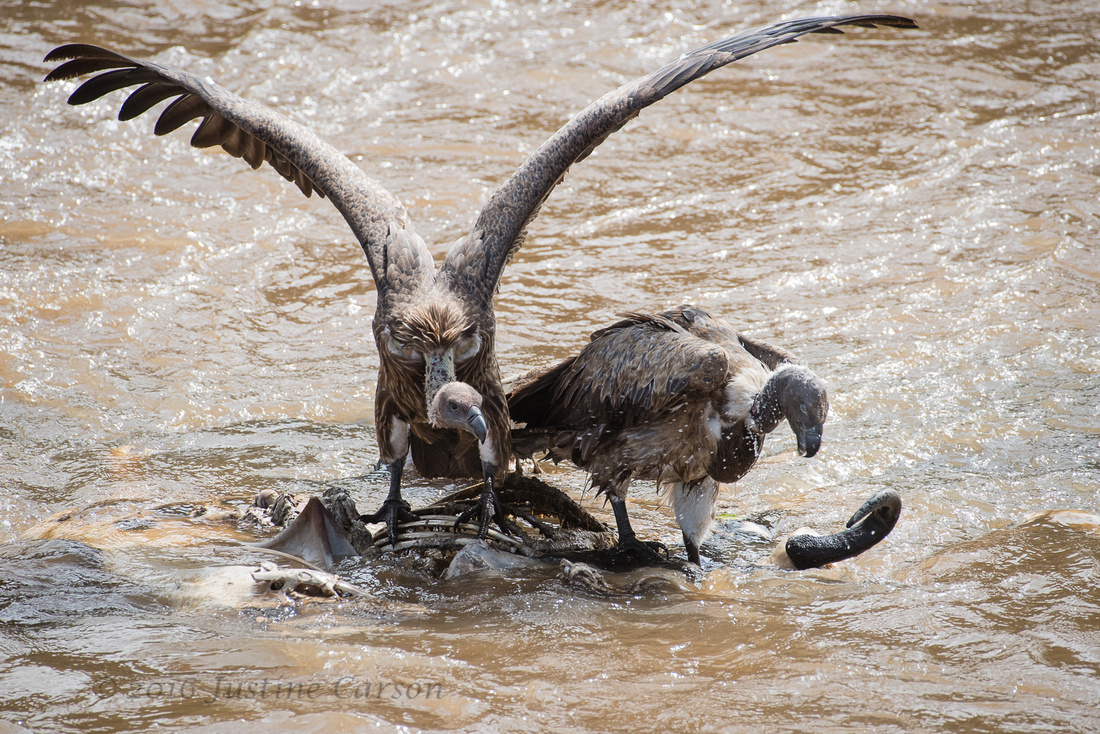 A White-backed Vulture in flight, coming in to join a wake -- I couldn't zoom fast enough to capture the entire bird with its large wing-span. 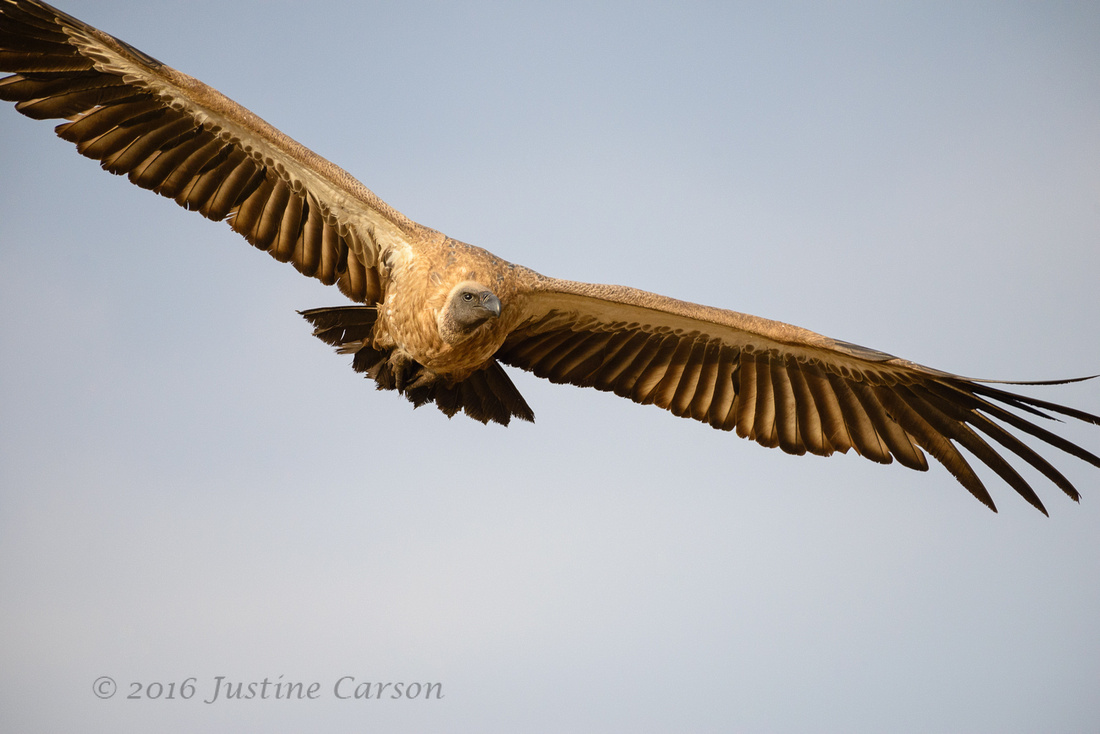 Too much zoom!White-backed Vulture in flight, Maasai Mara, Kenya