The Maasai Mara has one of the highest lion densities in the world. The Masai lion (Panthera leo nubica), found in East Africa, is a subspecies of the African lion. Male lions spend 18 to 20 hours sleeping, while females, who do most of the hunting, get about 15 to 18 hours. 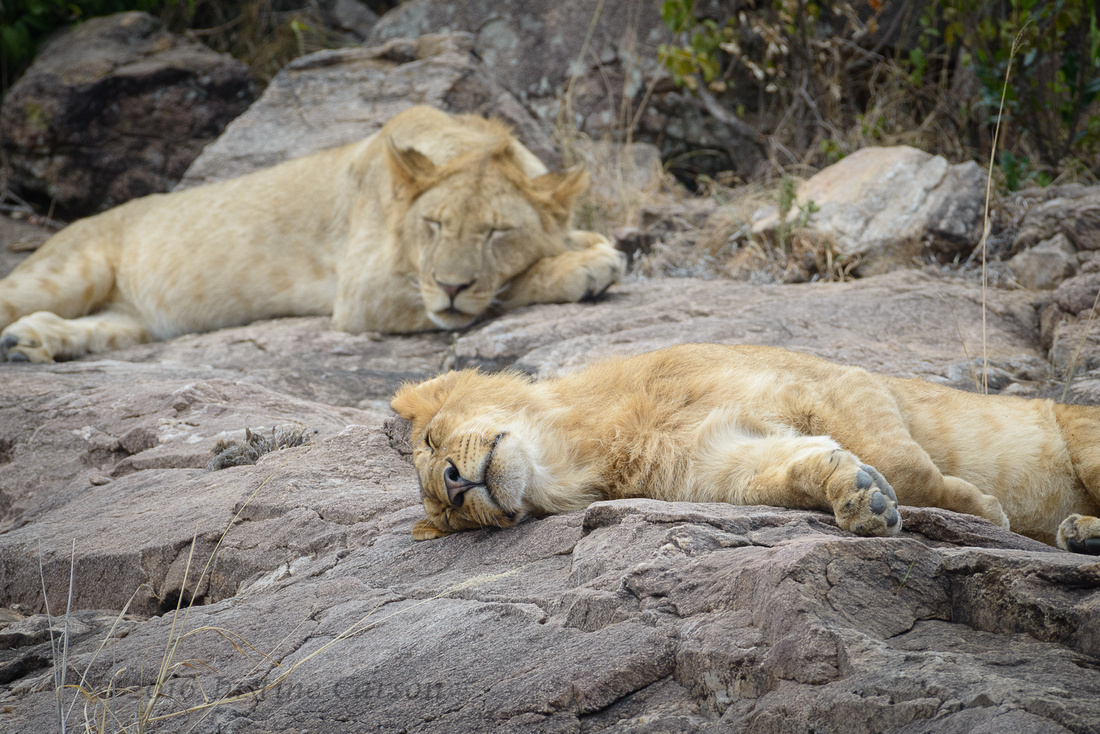 That's why you'll often see scenes like the one above. Hunting is for the most part nocturnal, but lions can be seen, when not sleeping, feeding on the previous night's kill. 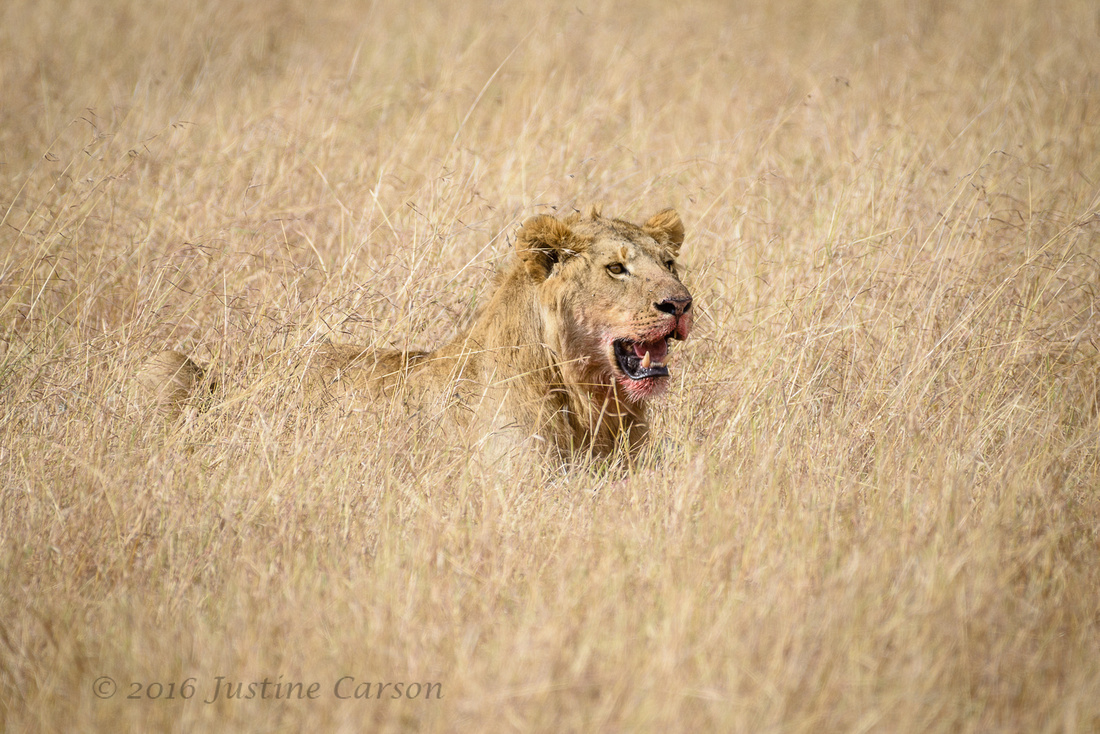 Male lion looks up from his meal, Maasai Mara

Male Masai lions are known to have a variety of mane types.  Generally older males have fuller manes but geography also plays a role.  Lions in the lowlands of eastern and northern Kenya may have scanty manes or no mane at all. 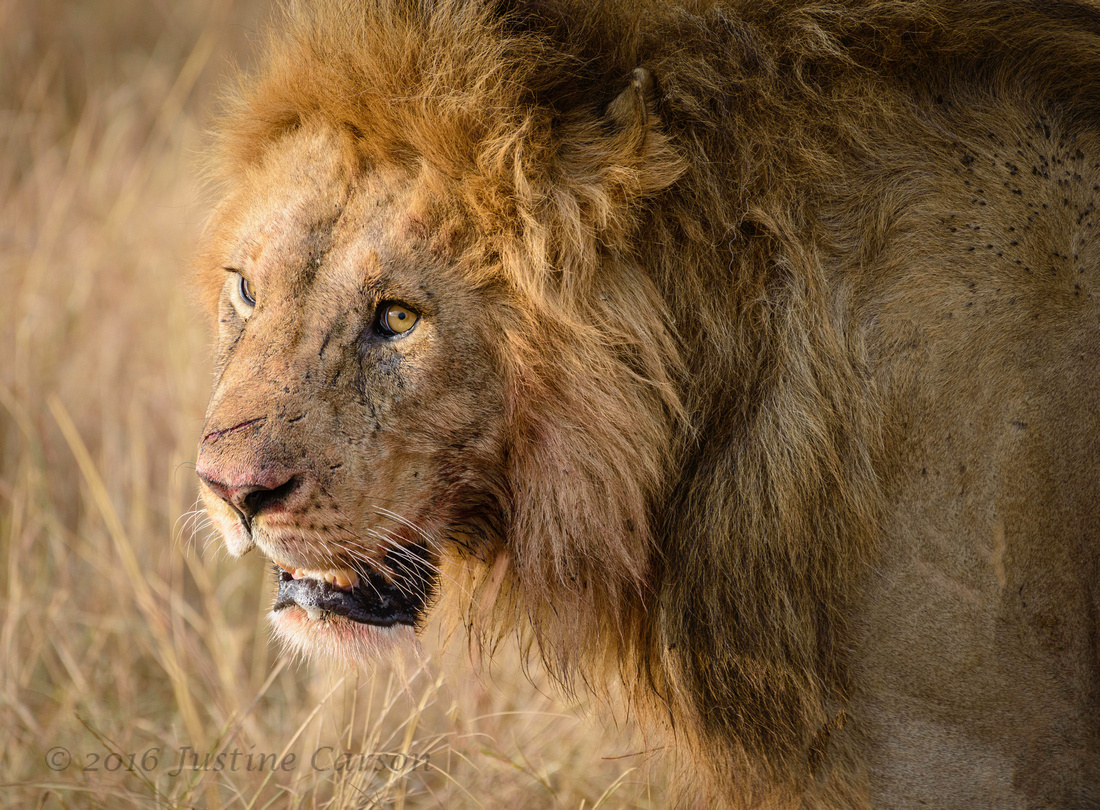 Cheetah are seen more rarely than lions. Classified by the IUCN as “vulnerable,” they suffer from loss of habitat; they require a large home territory and much of their territory is unprotected, putting them on a collision course with farmers and pastoralists. 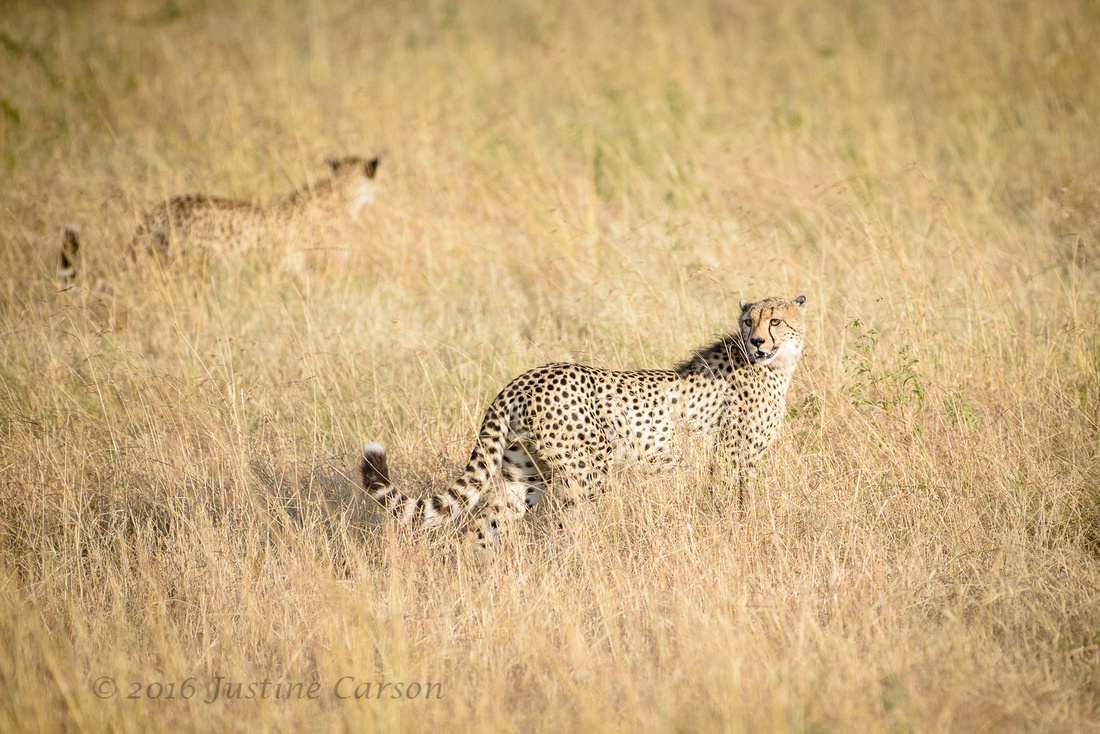 Hyenas are serious hunters, not just scavengers as they were once thought to be.  Clans are matriarchal and have an extremely complex and fluid social structure. Taxonomically they are closer to cats than to dogs and are classified in the Feliformia, along with cats and mongooses. Michigan State University’s Project Hyena has been conducting research on the Spotted Hyena population in the Mara Triangle since 1988. Here, seen outside the den entrance, this adult female with cub belong to a clan that's a subject of the MSU study. 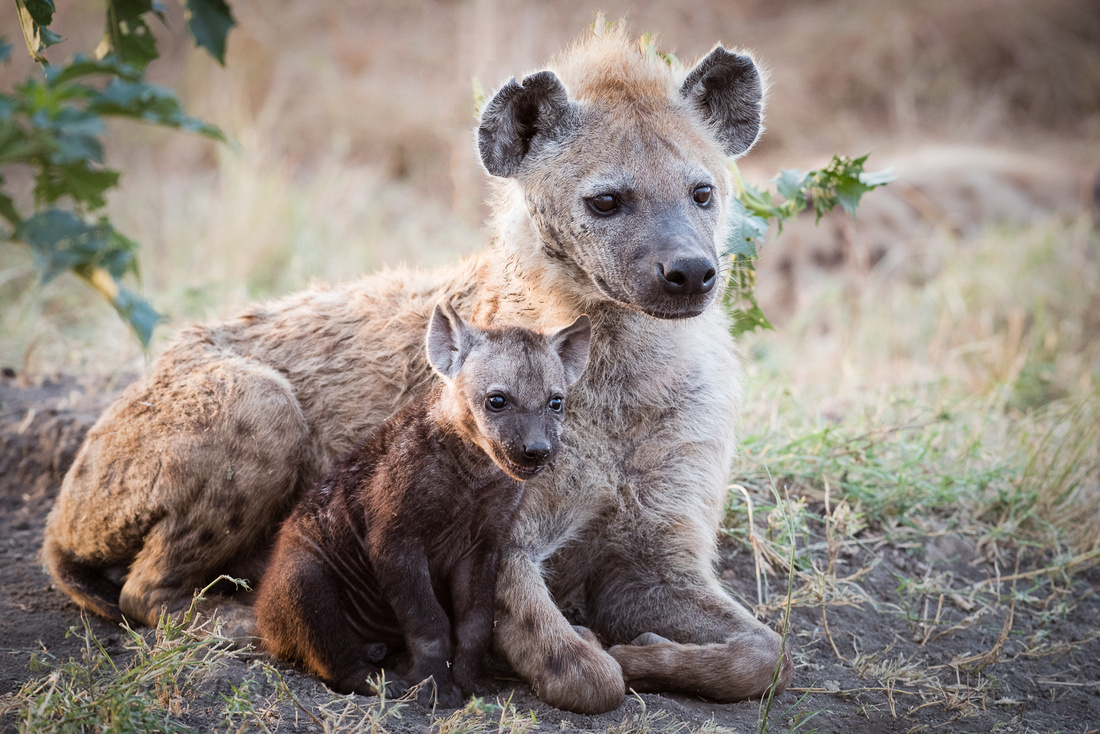 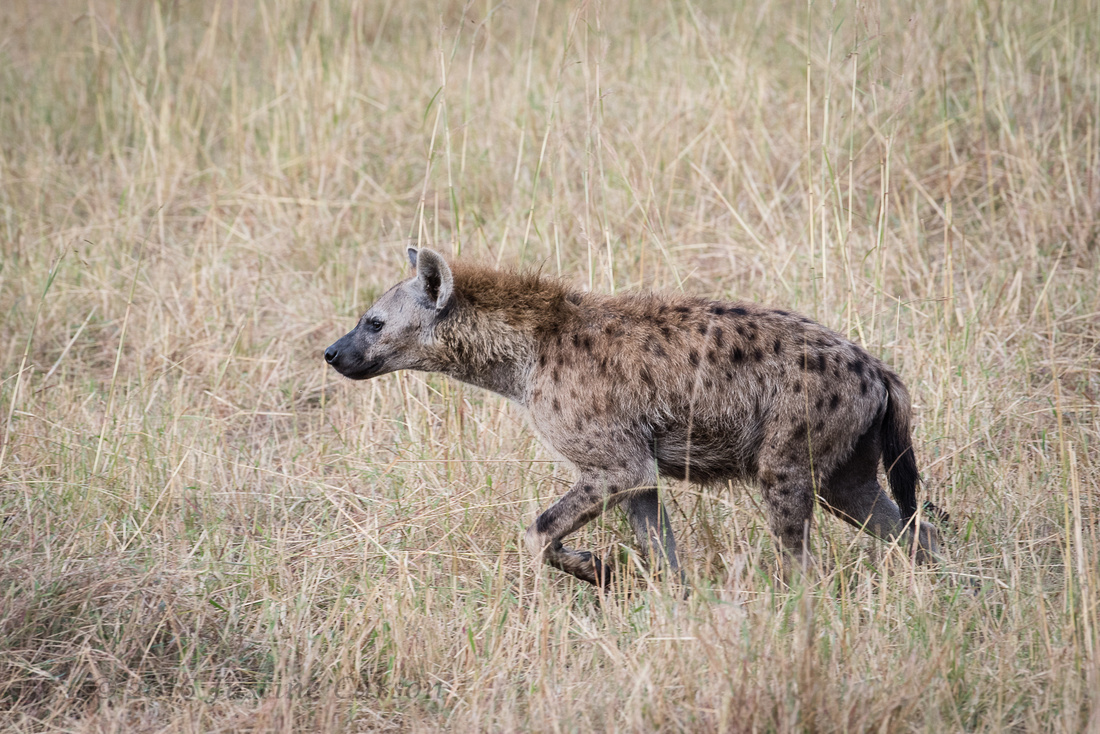 A young male hyena on a mission!

The overall populations of predators in the Mara are controlled by the numbers of indigenous animals such as the buffalo, topi, eland, and impala, rather than by the huge numbers of animals participating in the migration.  However, the abundance of wildebeest and zebra as the herds pass through the Mara make life a lot easier for the local predators.