Kenya’s Lake Nakuru is one of the Rift Valley's alkaline lakes and the centerpiece of Lake Nakuru National Park. My recent visit was my second to the park and I arrived to find many changes. Water level in the lake is so high that many roads that used to circle the lake are now flooded, as are acacia forests and park buildings. Below, a ghost forest rises out of the flooded lake. 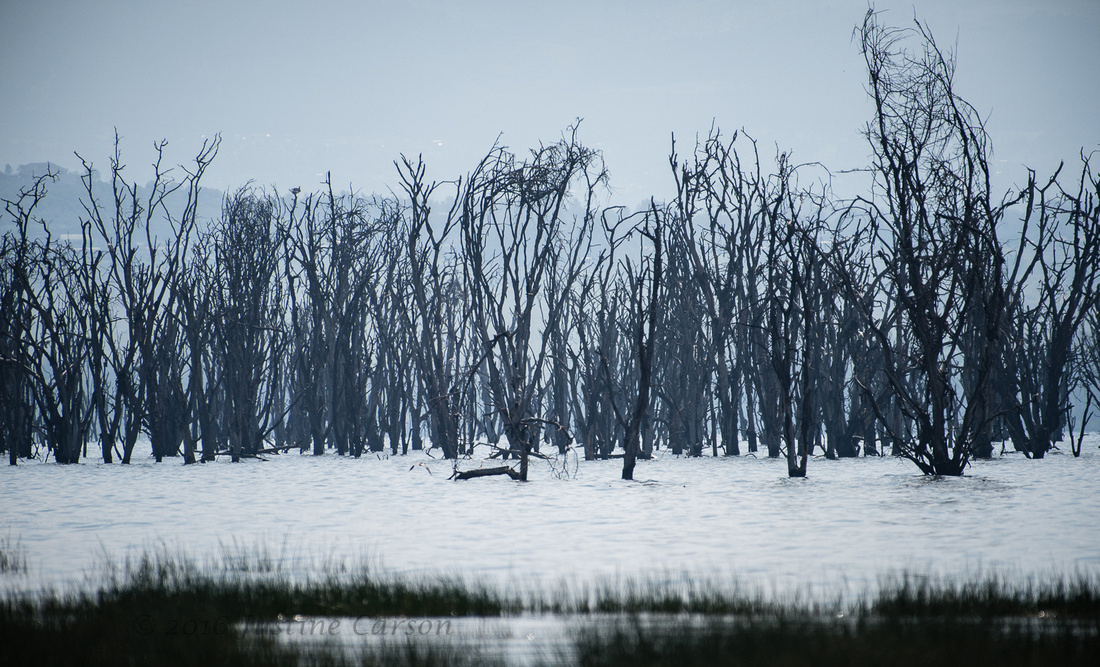 Though water levels have fluctuated over the years, the alkaline water consistently supported an abundant population of blue-green algae, which in turn attracted huge flocks of flamingoes to breed on the lake. However, water levels rose dramatically and mysteriously in 2013, flooding significant portions of the national park and diluting the salinity of the lake. As a result the flamingoes have mostly moved to another of the Rift Valley lakes, Lake Bogoria. Researchers are still investigating possible causes: increased rainfall in the watershed area, changes to the lake bottom, and the possible emergence of new underground springs feeding the lake. It is uncertain whether the lake will return to “normal” levels. In the meantime, birds, animals, and fish must adjust to a very different environment.

A small group of flamingoes foraging near shore, Lake NakuruPhoto by justinecarson.com

Above, a small group of flamingoes forages along the shoreline. Below, a wading zebra and egrets. 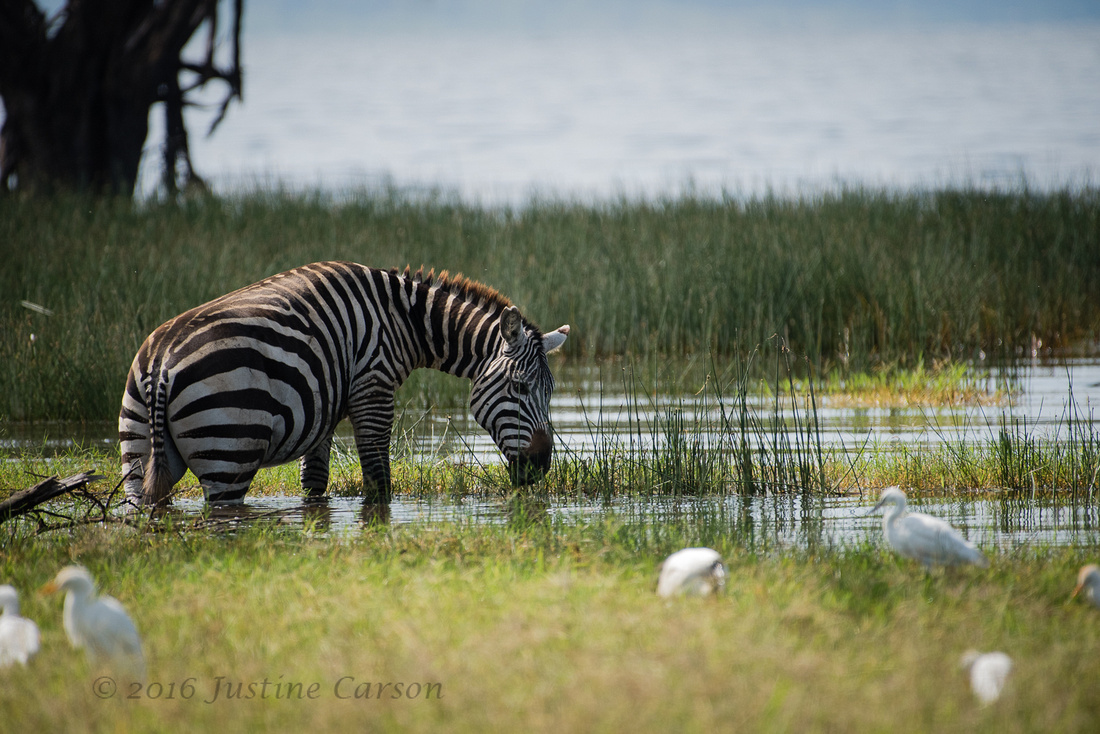 Zebra grazing at the flooded edge of Lake NakuruPhoto by justinecarson.com

Lake Nakuru National Park is also a sanctuary for both black and white rhino.  Though the white rhino is endemic to the area, the black rhino have been relocated there for protection, as have a small population of Rothschild’s giraffe. 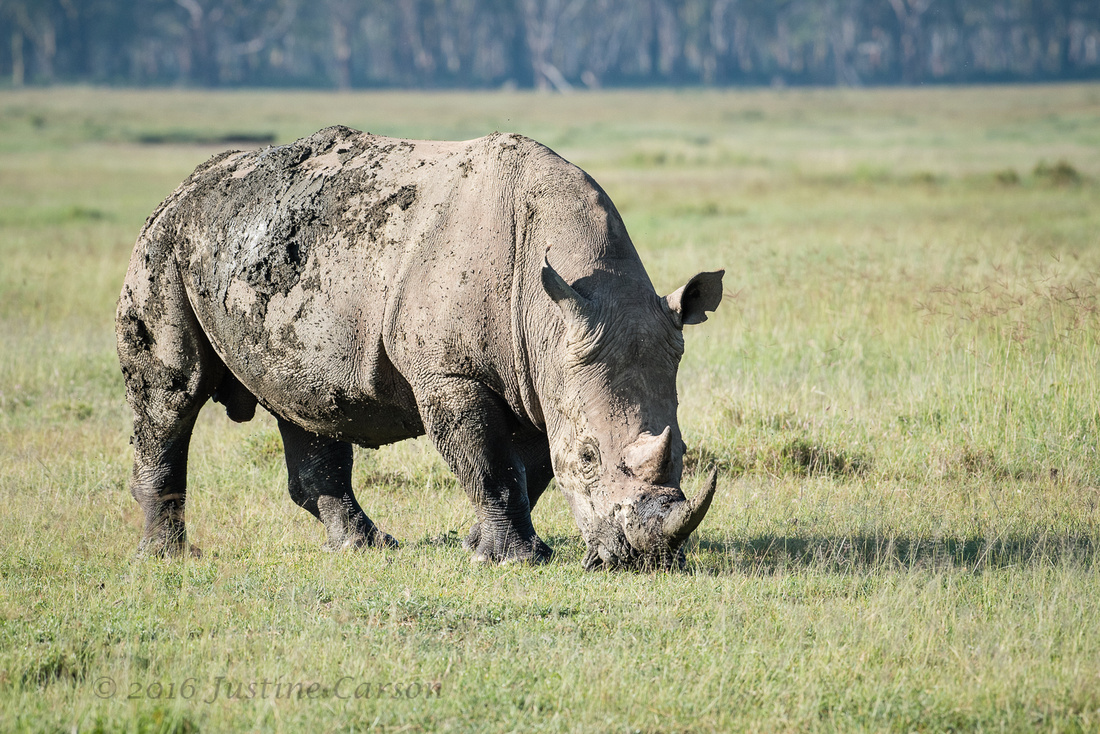 White Rhino has wide mouth well-suited for grazing in short grasPhoto by justinecarson.com

Below, white legs distinguish the Rothschild's Giraffe from other species. 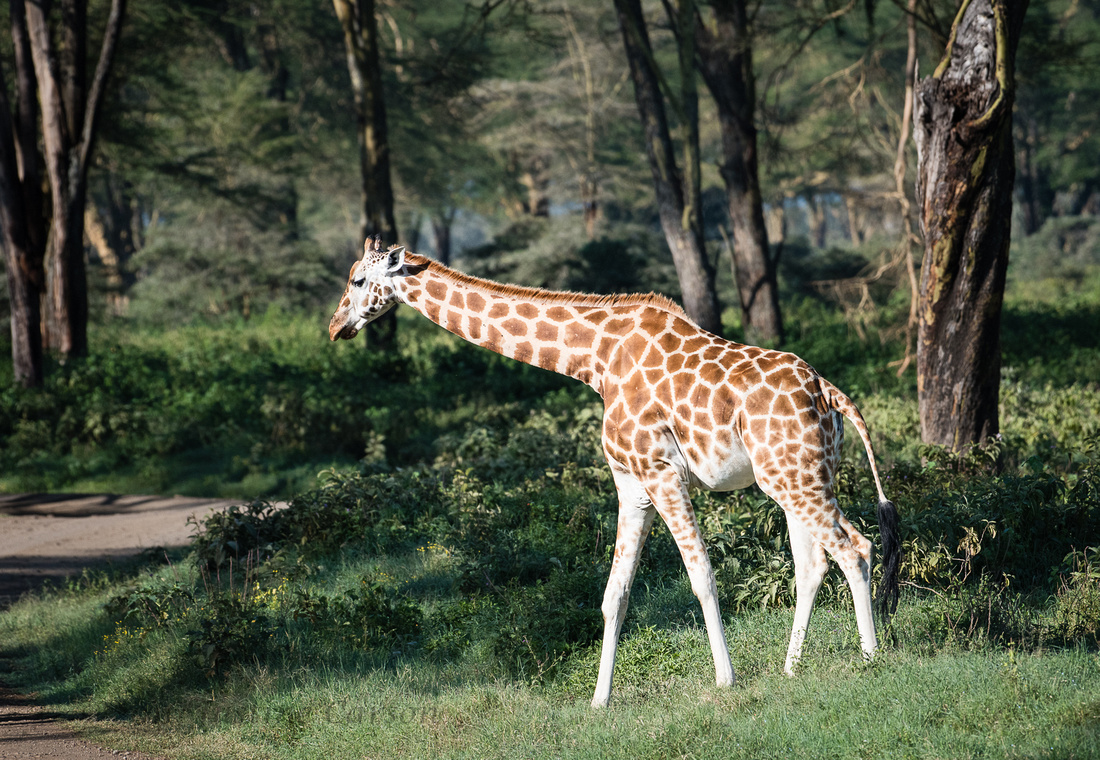