The Maasai Mara, located in the southwest of Kenya, is part of the greater Serengeti ecosystem.  “Mara” means spotted in Maa, the language of the Maasai, and describes the spotted or mottled texture of the area – grasslands dotted with thickets of croton bushes and the shadows of scattered clouds.

The Great Migration, a circular movement of hundreds of thousands of wildebeest, zebra, and a mixture of antelope takes place each year as these animals follow the rains and the new grasses that follow. Starting in the southern Serengeti of Tanzania in January to March, the herds graze and give birth; calving season usually beginning around February and lasting six to eight weeks.  As the grasses are depleted and the rains end by May, the herds begin their northward journey arriving in the renewed grasslands of the Maasai Mara from roughly July until October. The most common grass in the Masai Mara is red oat grass (Themeda triandra), a palatable and nutritious food base for the vast herds of herbivores. Grazed down to stubble each year, the grasses are renewed by the long and short rains and fertilized by the copious droppings of the herds.  Below, zebra and wildebeest graze under a Balenites tree. 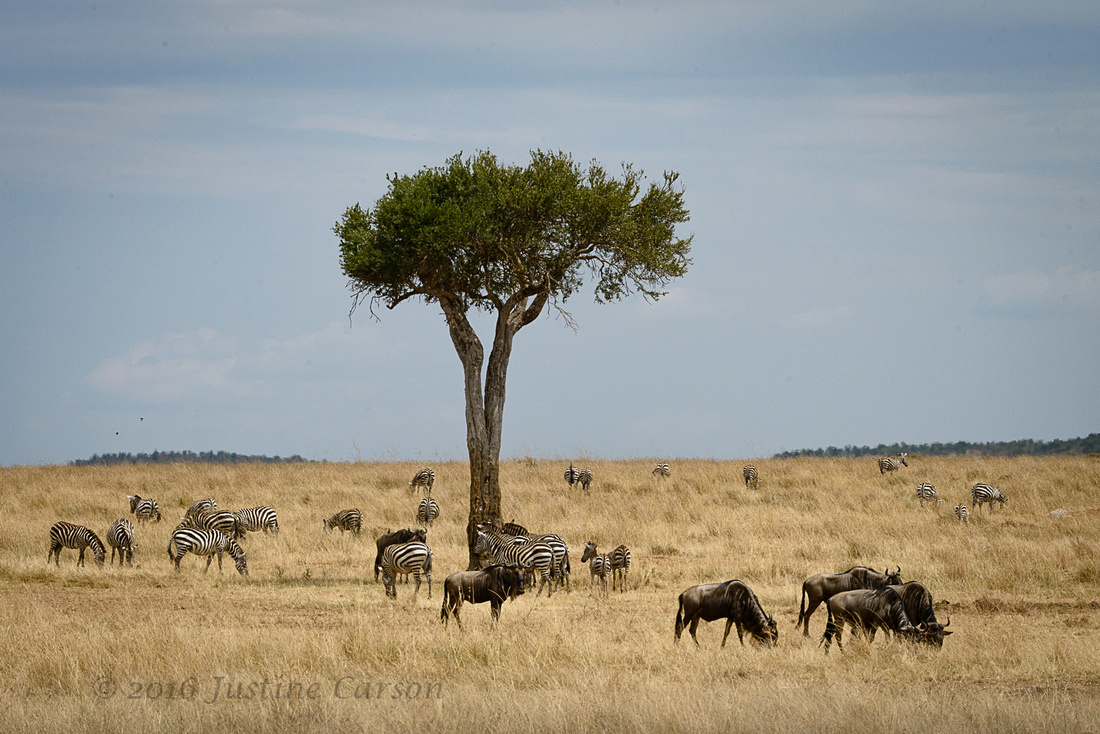 Small groups of zebra and wildebeest graze near a Balenites tree

Obstacles to the migration are the Grumeti River in Tanzania and the Mara River in Kenya. Rapids, steep banks, crocodiles and hippos all pose a threat to the herds as they cross these rivers.  Also predators, present all along the migration route, can lie in wait in the thickets along the river. 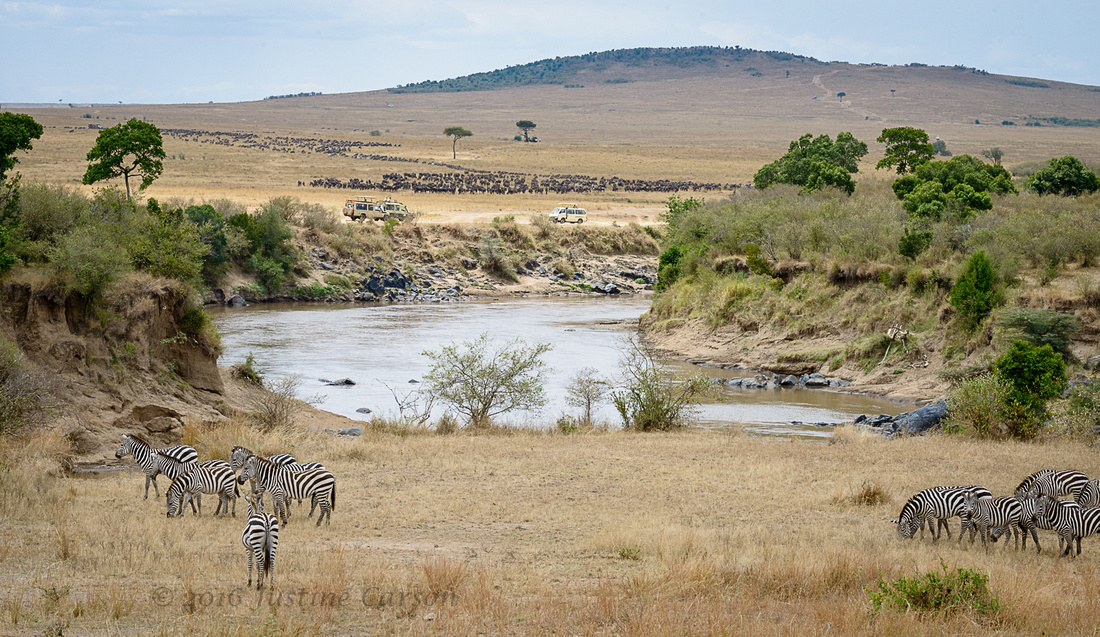 Burchell's zebra graze near the Mara River; herds of Wildbeest in the background 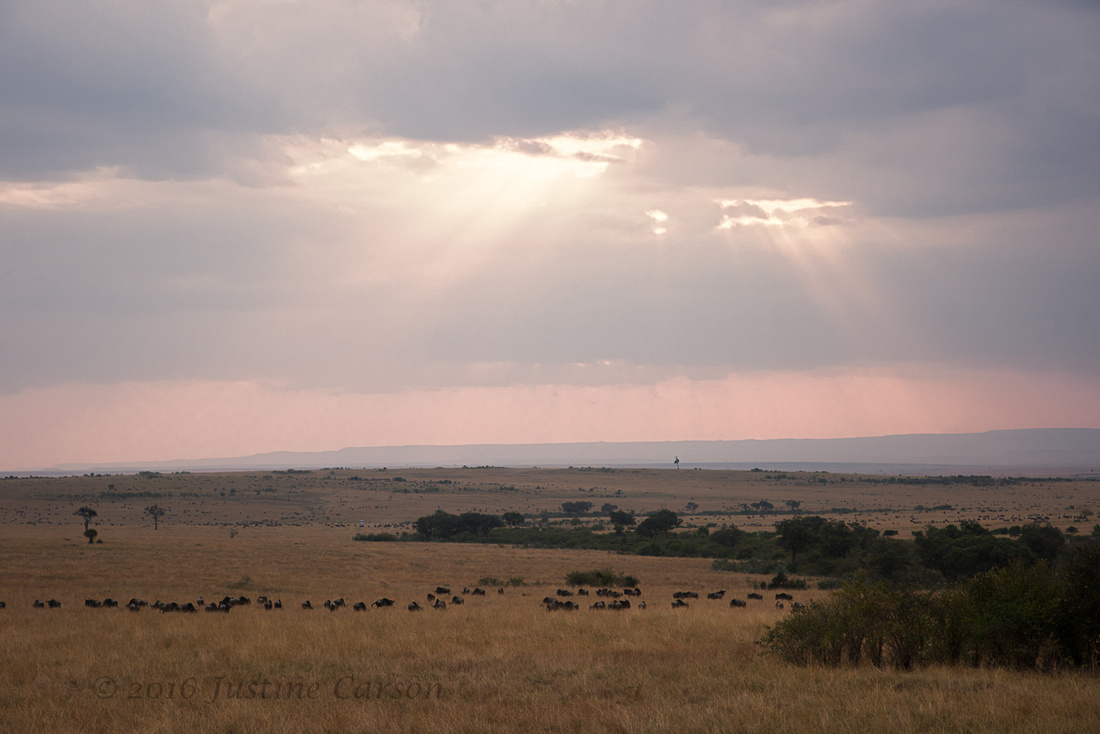 End of the day in the Maasai MaraPhoto by justinecarson.com

End of the day.