Wildlife viewing on Prince William Sound is as exciting and varied as the scenery.  There is an abundance of birds and marine mammals and glimpses of land mammals on beaches or steep hillsides. Puffins, murres, loons, sea ducks and shorebirds are to be seen everywhere and it seemed that each bay or inlet had an eagle or two perched on a spruce tree or soaring overhead. 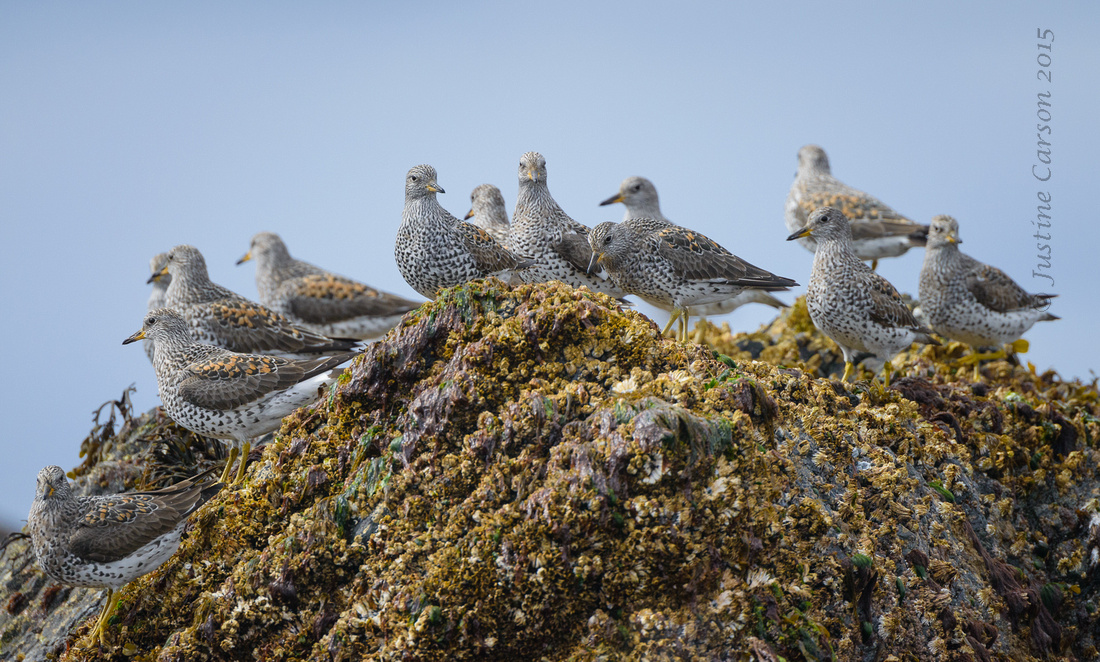 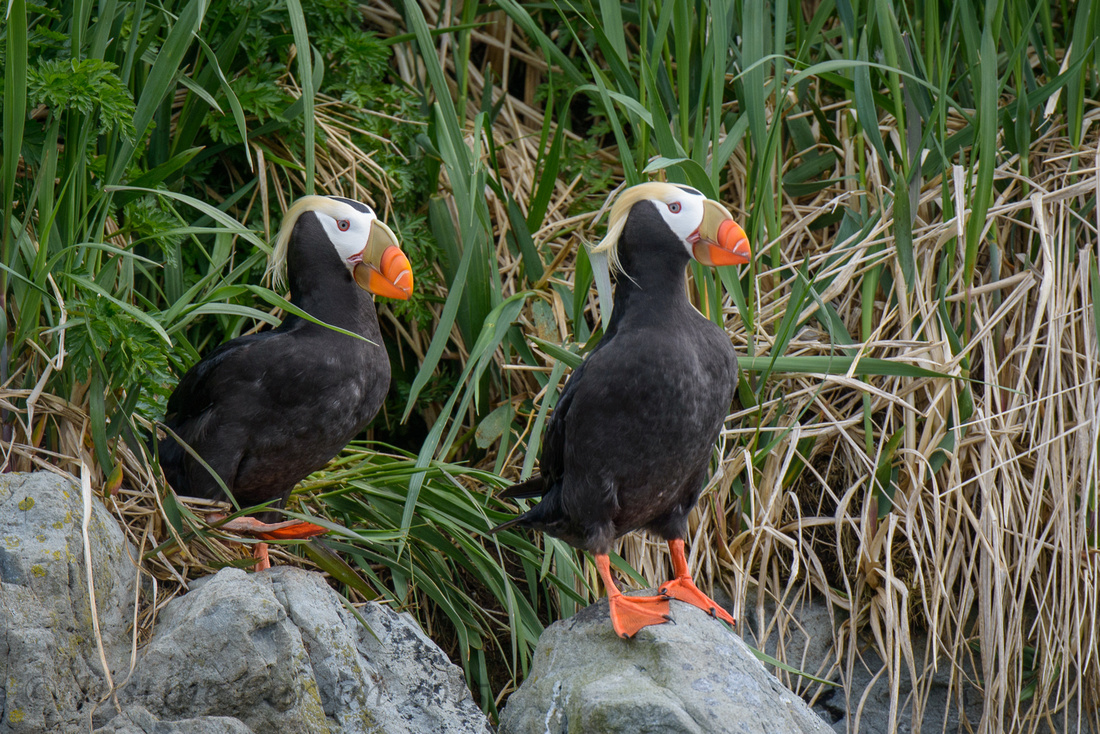 Tufted Puffins on cliff outside their burrows 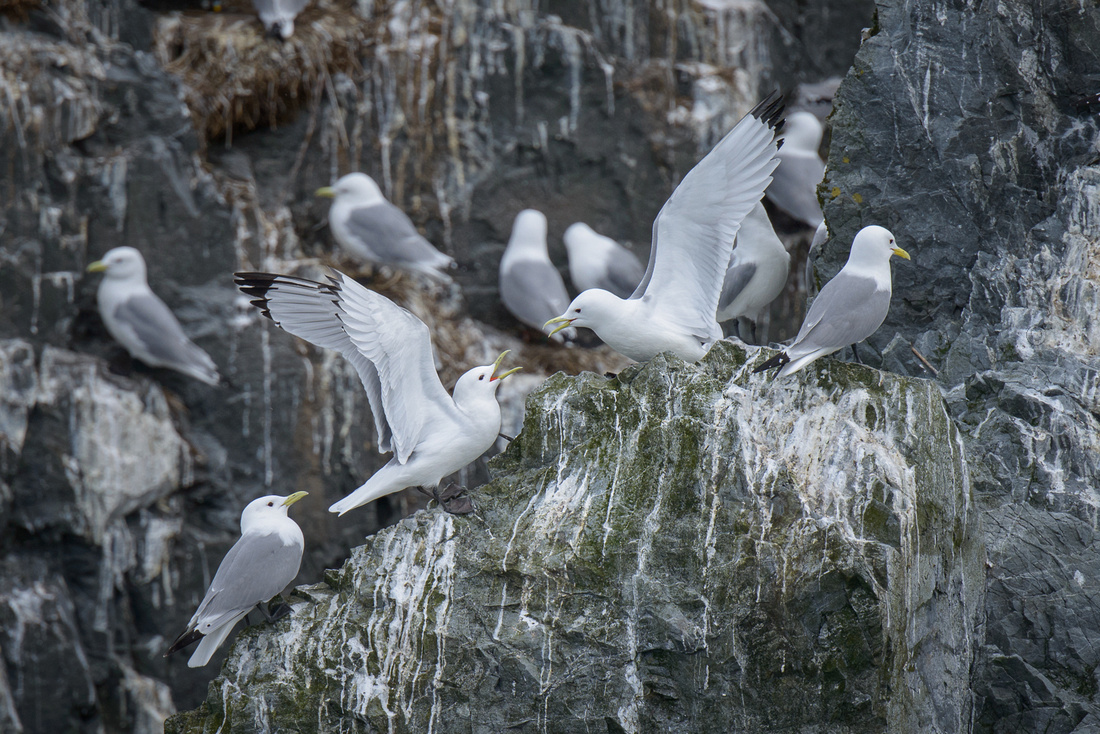 Likewise otters and harbor seals could be spotted in the open sound, in bays, or hauled out on beaches.

Northern Sea Otters are larger than the Southern subspecies that inhabits the coasts of Central California. Once hunted almost to extinction for their pelts, the otters have made a remarkable comeback.  However,thousands of Prince William Sound otters were killed by the Exxon Valdez spill in 1989. 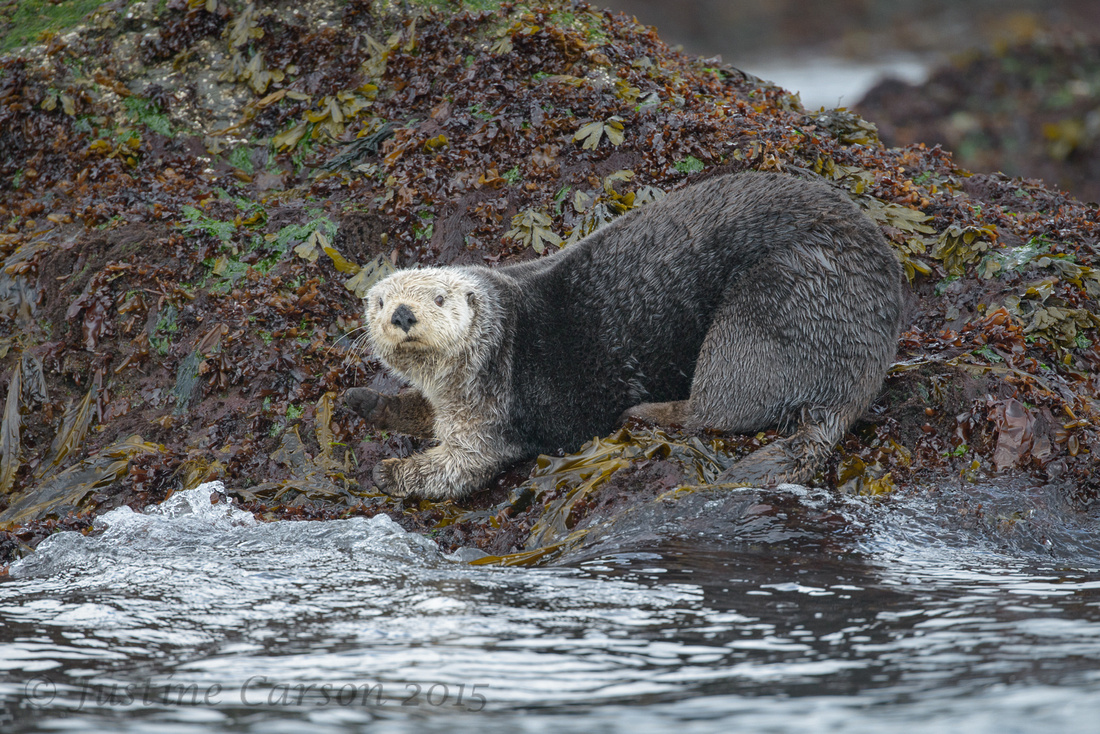 The Harbor Seal (Phoca vitulina, also called Common Seal) is one of the most widely distributed marine mammals.  The Pacific subspecies inhabits the coasts of North America. Both otters and seals are wary of humans but occasionally an individual would allow a closer approach before disappearing under the surface of the water. 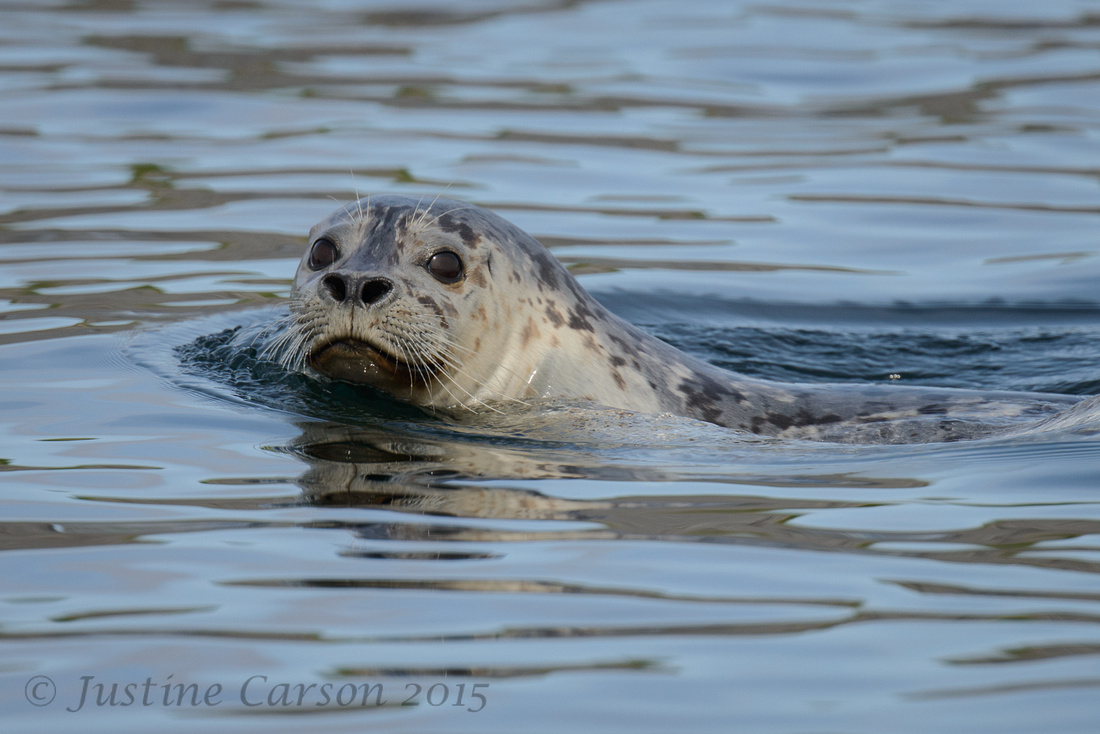 The Steller’s Sea Lion (Eumatopias jubatus) is the largest of the sea lions. The species is classified as Near Threatened due to a significant, unexplained decline in their numbers over recent decades. We observed a group of well over a hundred at a haul-out near Bull Head on Glacier Island.  Some literally filled the water while others sunned themselves on the rocks. 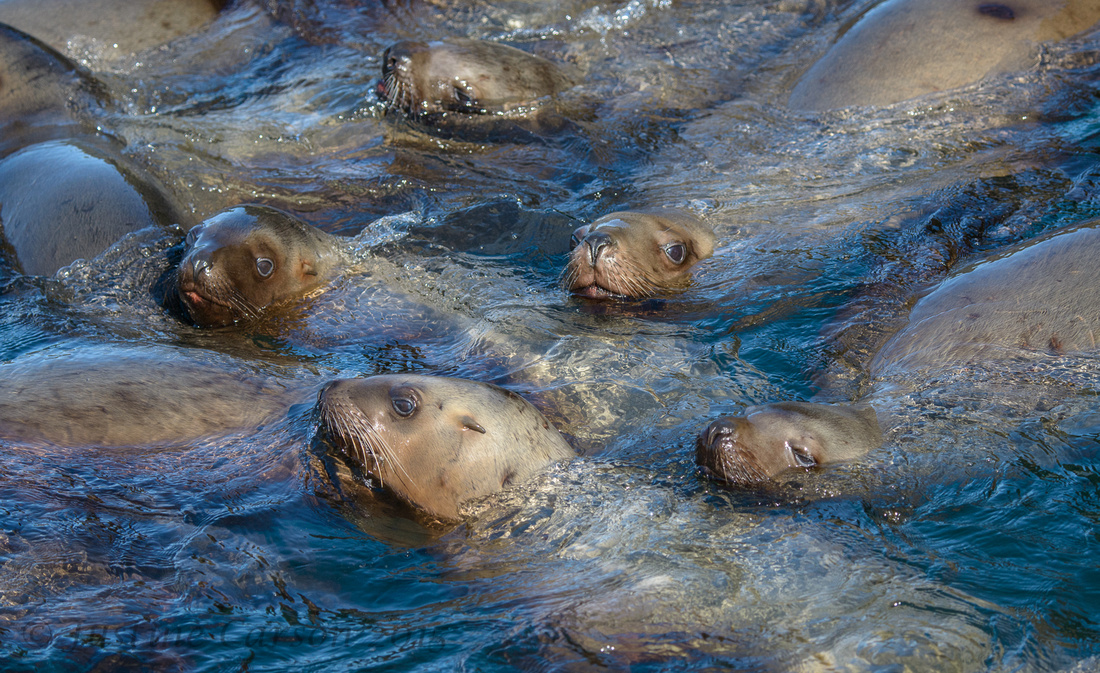 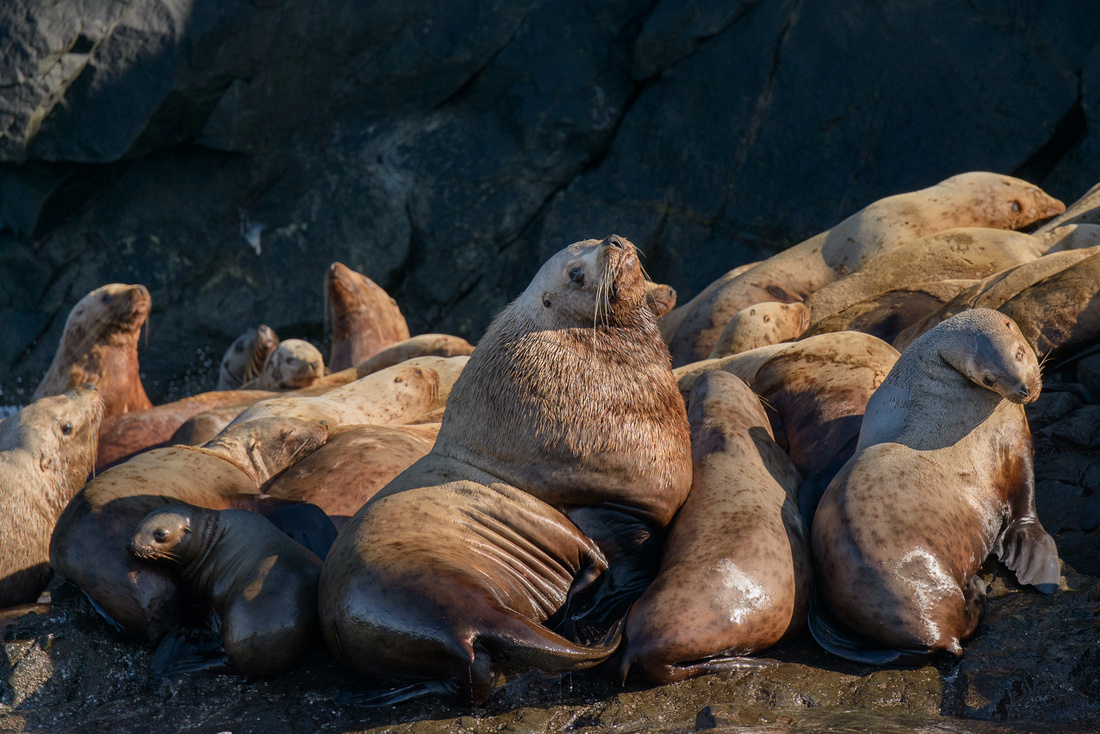