Prince William Sound is separated (and protected) from the Gulf of Alaska by three islands: Montague Island, Hinchinbrook Island, and Hawkins Island. It is almost completely surrounded by the Chugach National Forest and mostly inaccessible by road or trail.  By boat, however, one can explore the peaceful bays, inlets, and fjords, and enjoy the views of the steep, forested hillsides, snow-covered mountains, and glaciers. 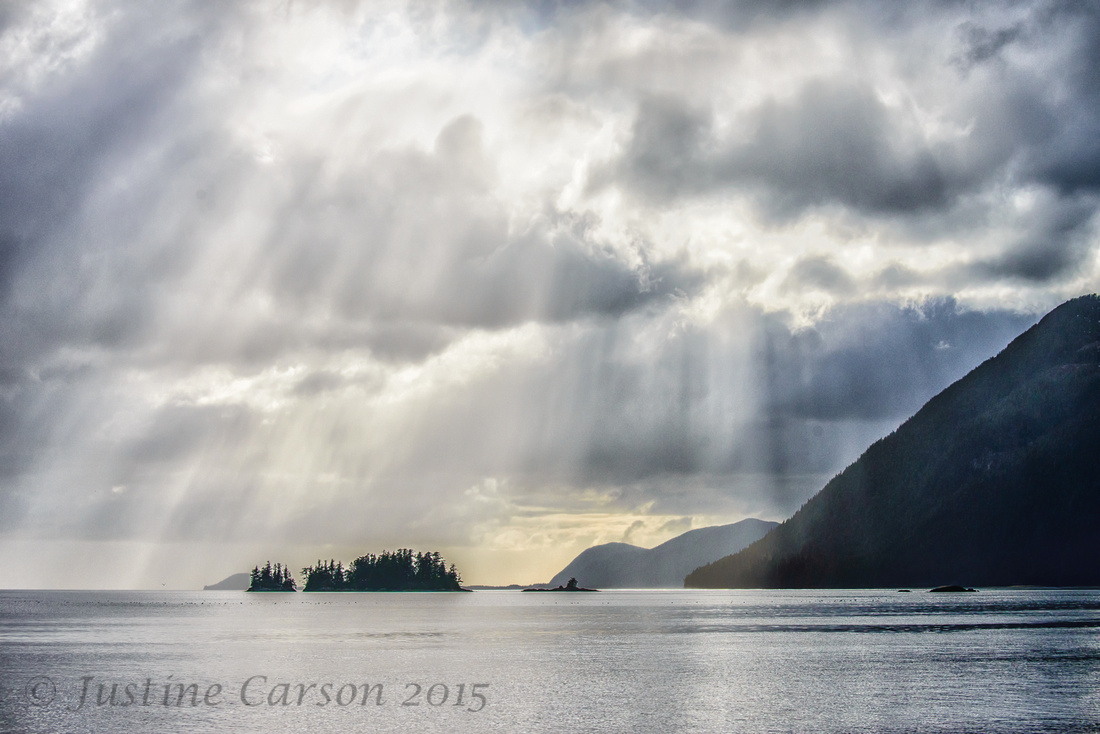 After a day of rain and overcast skies, a peaceful evening and clearing storm. 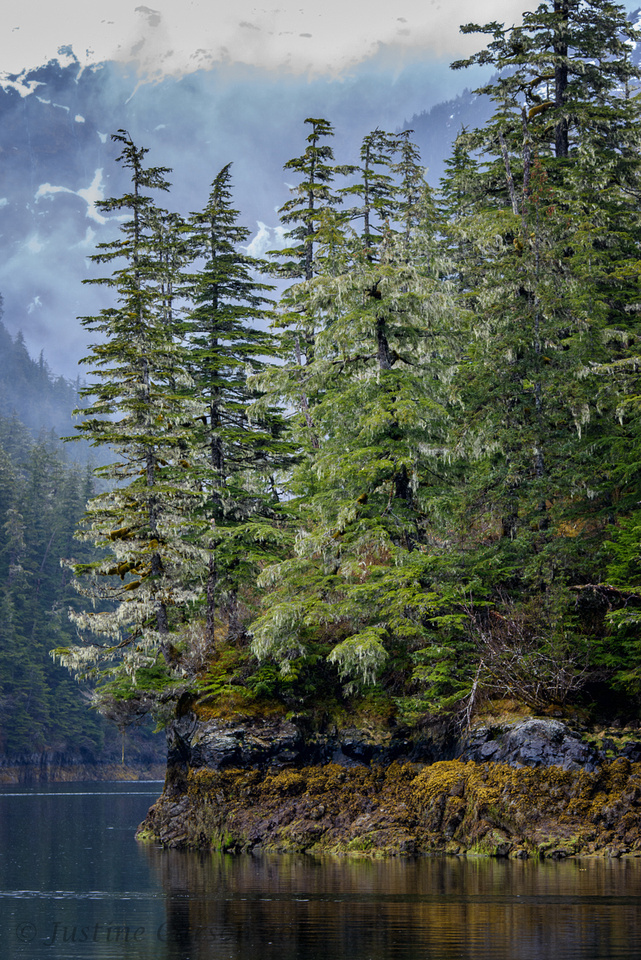 Seaweed, lichens, and moss add color to the shoreline near St. Matthew Bay. Spruce and hemlock, often covered by mosses have a precarious hold above the rocky shore. 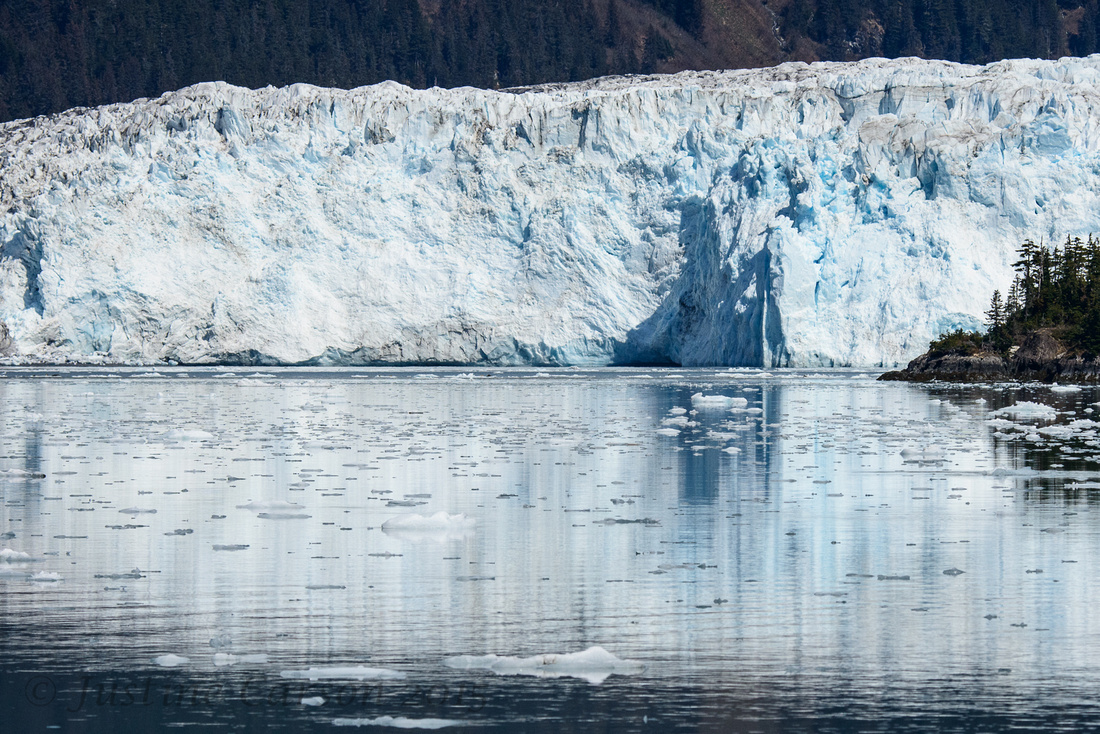 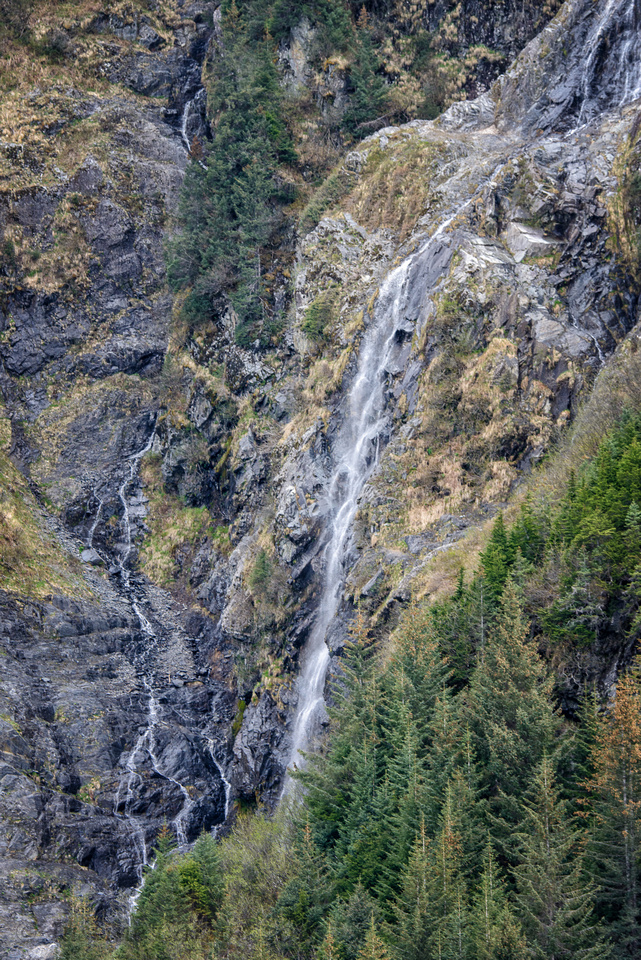 Snowmelt creates a profusion of waterfalls along the steep walls of Harriman Fjord. 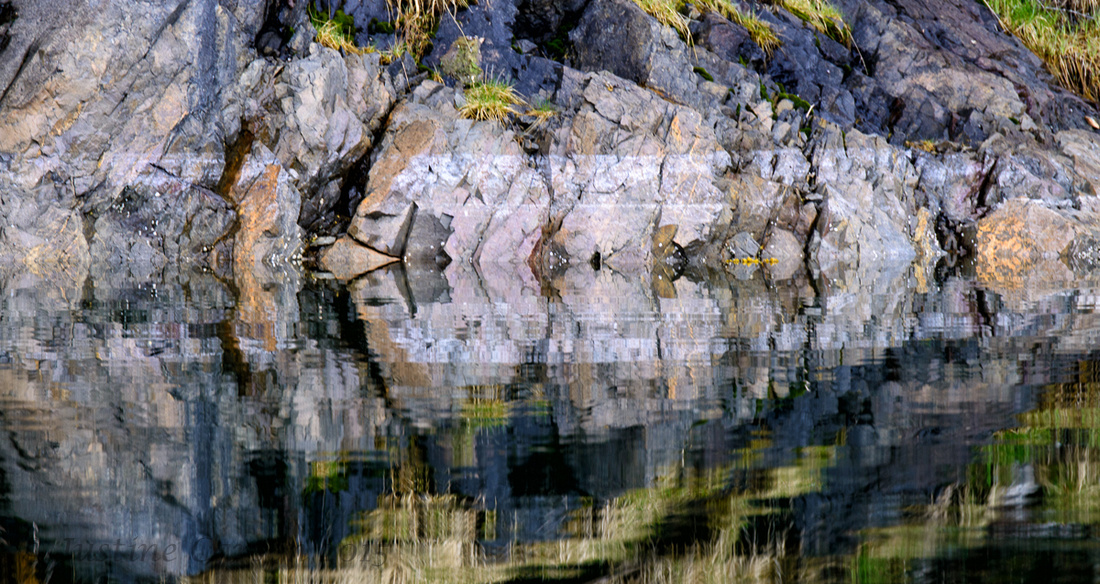 Calm water creates kaleidoscopic reflections of the rocks and lichens.

Prince William Sound is famously the site of the Exxon Valdez oil spill of 1989 in which more than 10 million gallons of oil was released into the sound. While the area appears to have recovered from the event, scientists are still finding new evidence of this ecological trauma.

Less well known, perhaps, is that the epicenter of the 1964 Alaska Earthquake was also located within the Chugach National Forest adjacent to the sound. As an oceanic plate plunged under a continental plate, some areas were uplifted while others sank. Ghost forests of dead spruce trees sometime line the shoreline, marking the areas that subsided and drowned the trees' root systems.