The Copper River Delta is a 35-mile wide wetland complex east of Cordova, Alaska, and a critical stop-over for millions of migrating shorebirds on the Pacific Flyway.  It is particularly important for Dunlin and Western Sandpipers.  At least 90% of these two species pass through the Delta area for refueling on their way to their breeding areas in the high Arctic.

While accessing and viewing the birds on the Delta itself is difficult, many of the birds also pass through a low point in the Chugash Mountains and congregate at Hartney Bay, just to the west.  There it is possible to view and photograph flocks or individual birds as they pass through the area, stopping for a day or two to forage on the mud flats.  At low tide the birds are spread out over the extensive intertidal areas, but high tides push the birds into smaller areas and greater concentrations, making for a spectacular viewing experience.

The incredible synchronization of the individual birds in these large shorebird flocks is amazing to watch.  A wave passes through the flock as the birds change direction -- showing dark backs or white underparts -- rising or falling, breaking into smaller groups or consolidating into larger flocks – all with the mountains and bay as a beautiful backdrop. 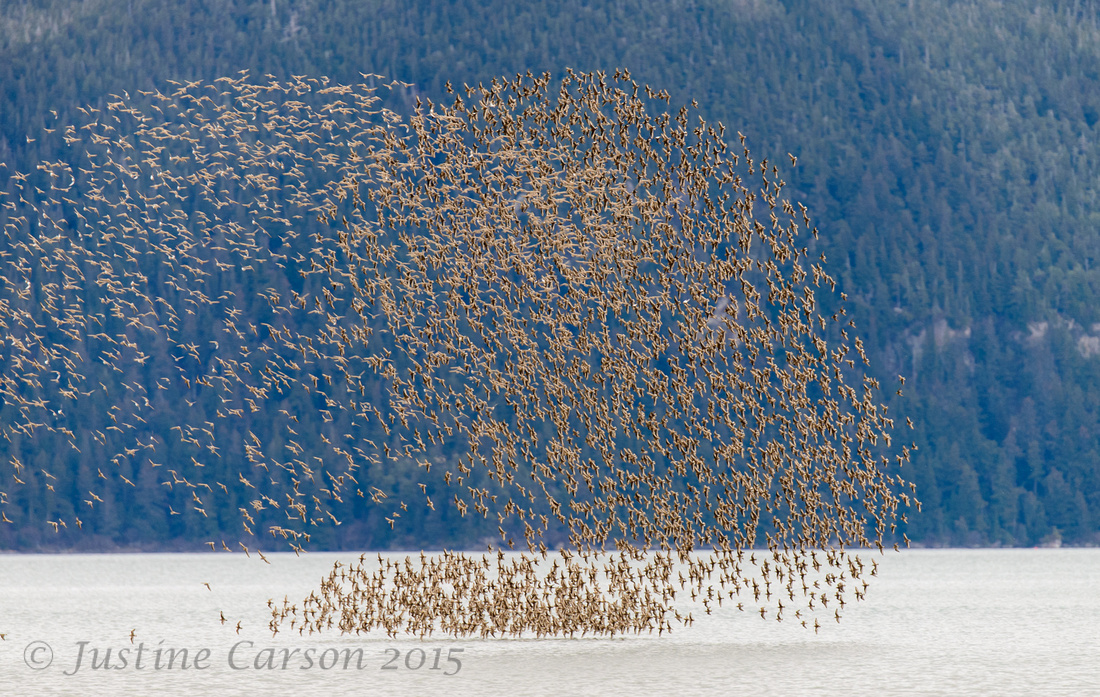 A flock of sandpipers masses and then, changing direction, circles low against the bay. 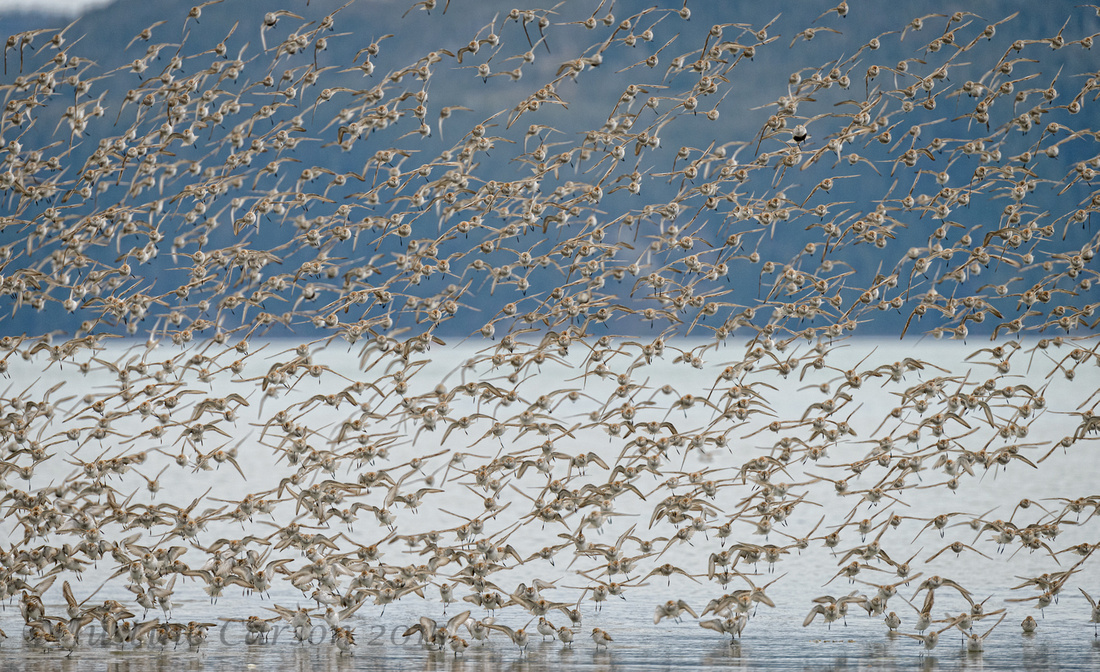 One lone Dunlin in breeding plumage (upper right with distinctive black patch) stands out in a crowd of Western Sandpipers.

The large flocks that congregate at Hartney Bay also produce opportunities for close-ups of birds in their bright breeding plumage. 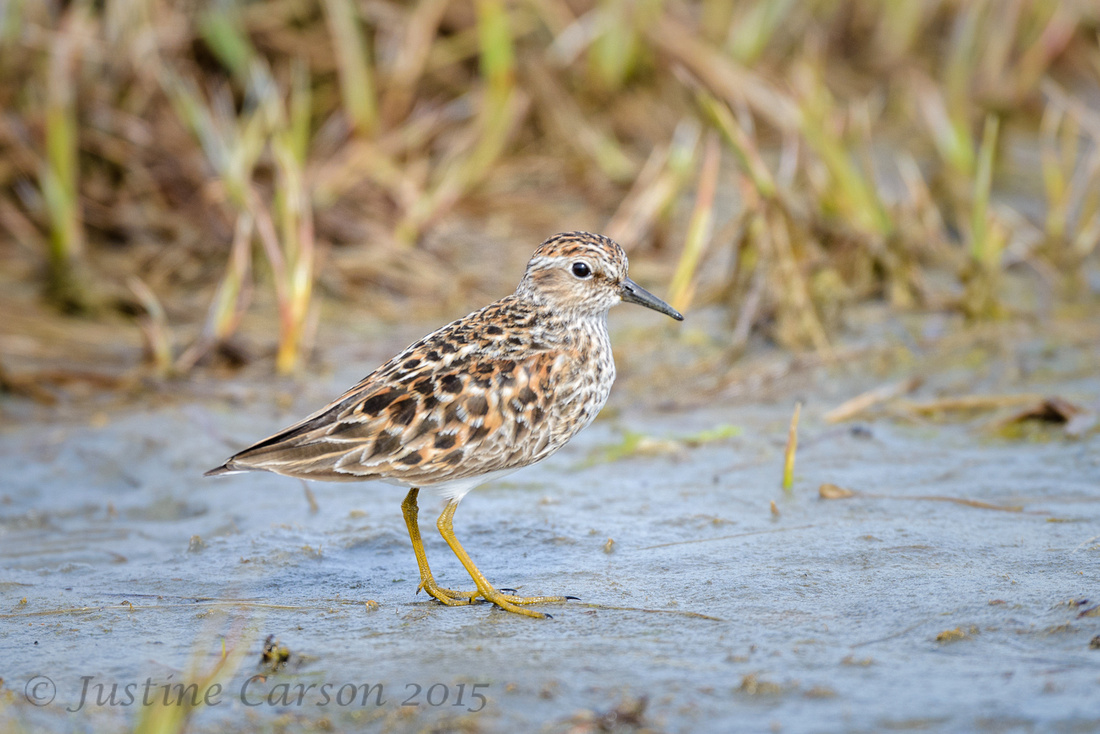 A clear view of the yellow legs makes it easy to distinguish the Least Sandpiper (above) from the black-legged Western Sandpiper (below). 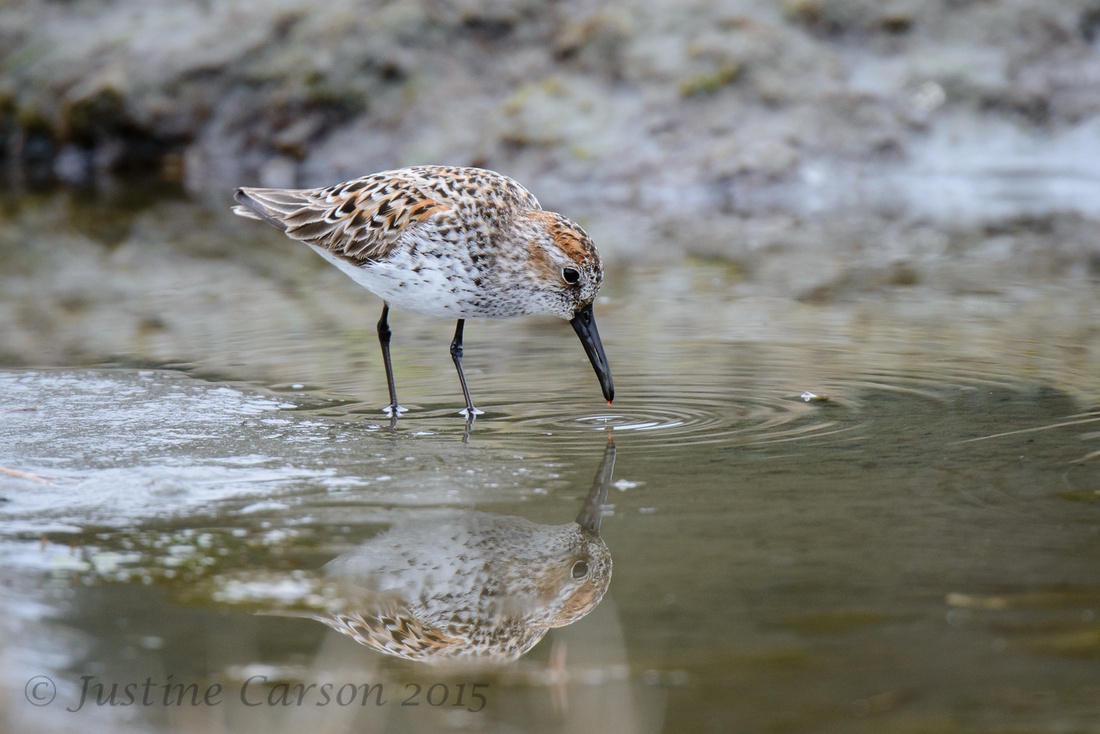 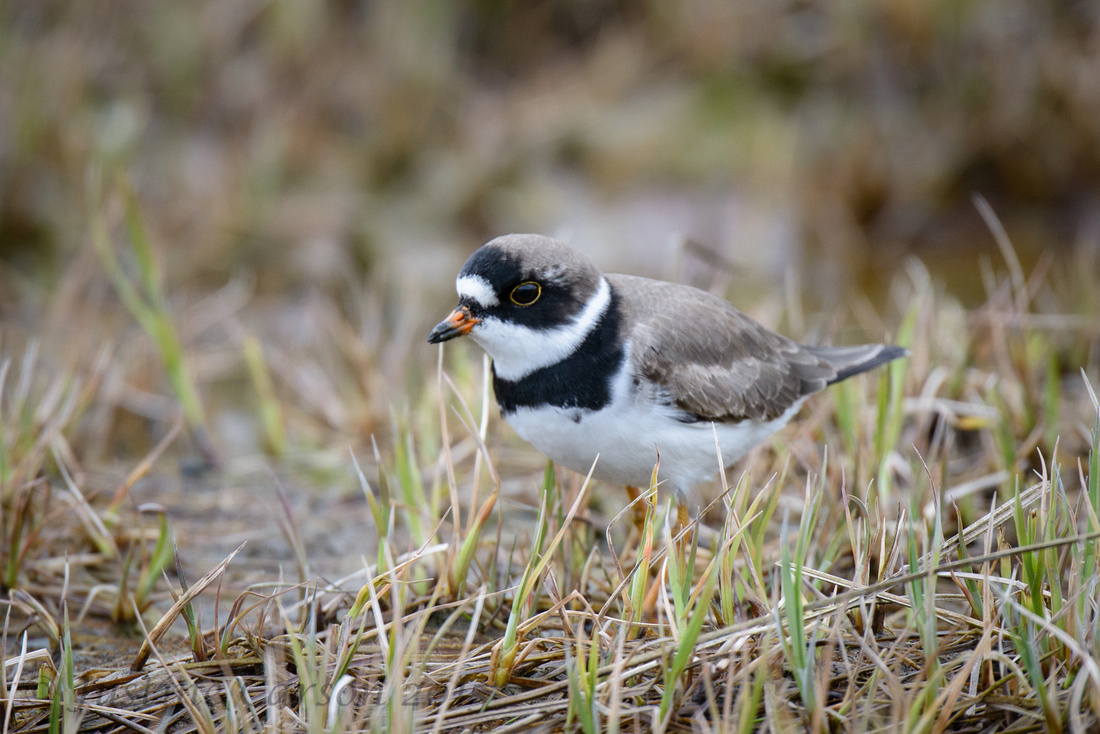 For more images of the Cordova area and Prince William Sound, click here.