In early February I added another location to my favorite places: Morro Bay is just a four hour drive down the coast, but I hadn’t visited in years.  Now I hope to get there several times each year.

The flat, sandy beach north of the Morro Bay harbor and Morro Rock is an ideal place to observe and photograph shorebirds.  The tidal area is rich with marine creatures, notably mole or sand crabs, that attract shorebirds such as sanderlings, curlews, godwits, and willets.

Mole crabs live under the surface of the sand in the intertidal area. As each wave washes in, the crabs move toward the surface to feed, extending their antennae to filter nutrients out of the water. As each wave retreats again, the crabs burrow back down into the sand.  Foraging shorebirds actively patrol the beach between waves, probing the sand, and extracting the crabs with their long bills.

When the shorebirds are intent on feeding, one can generally approach them closely enough for good photographs.  The best perspective for photographing the birds is to get low, preferably lying down in the sand with camera and long lens on a ground pod, a device that looks like a Frisbee with an attachment for the camera.

Getting up and down from this position quickly enough to avoid the large incoming waves can be a problem. After nearly getting swamped by one particularly big wave, I learned to keep one eye on the waves and the other on the bird. With practice, I became quite accurate at predicting when I’d actually have to grab my gear and retreat. 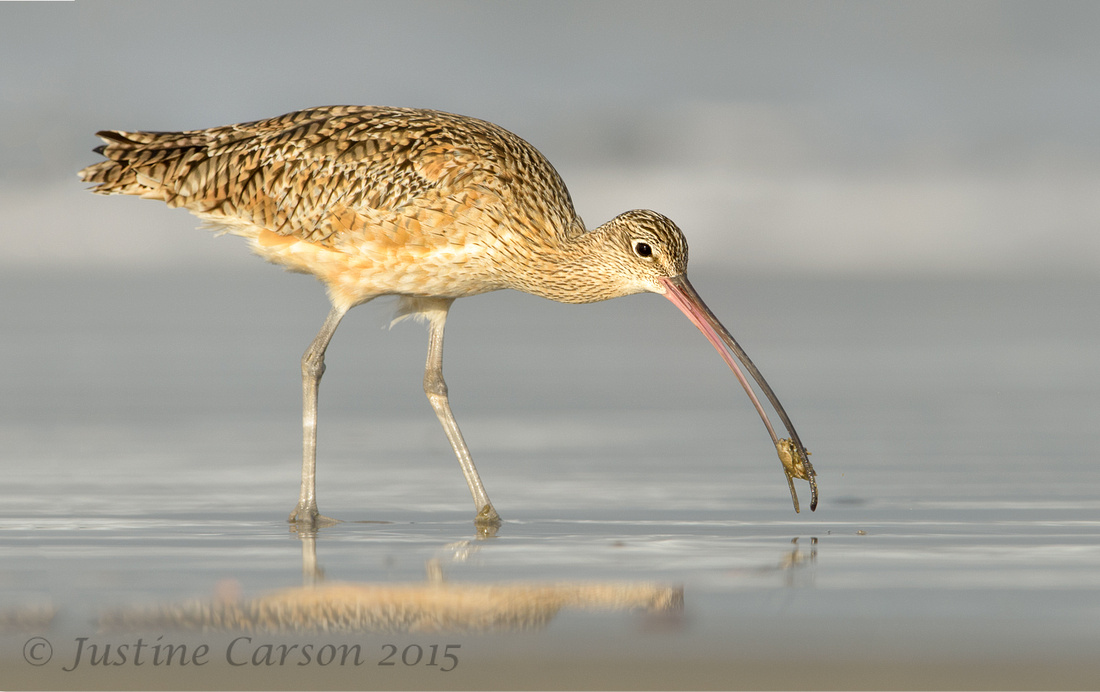 A Long-billed Curlew successfully extracts a mole crab from the sand. 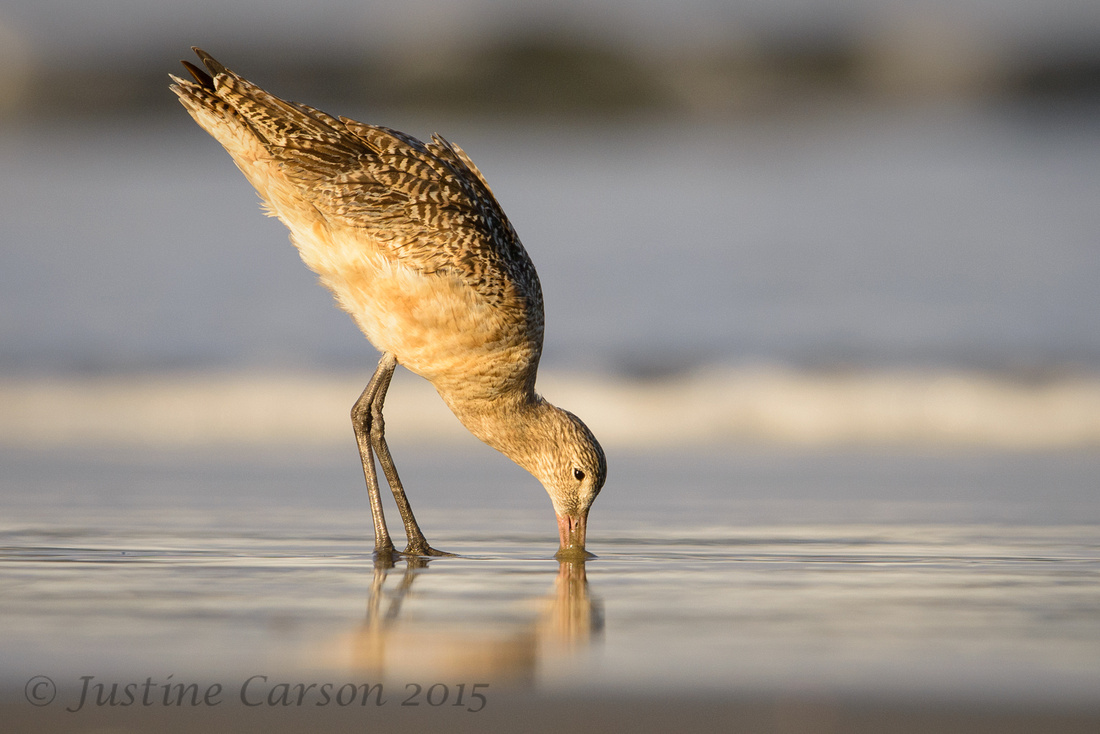 Shorebirds dig deep to find a meal. How do they find them? 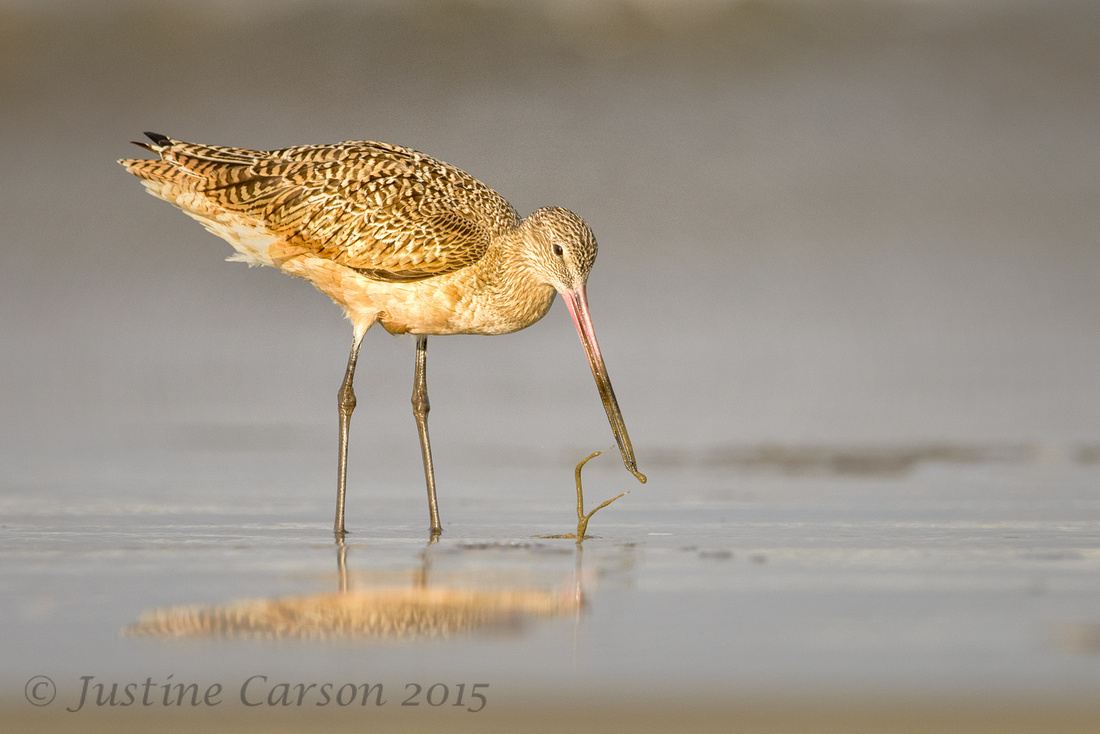 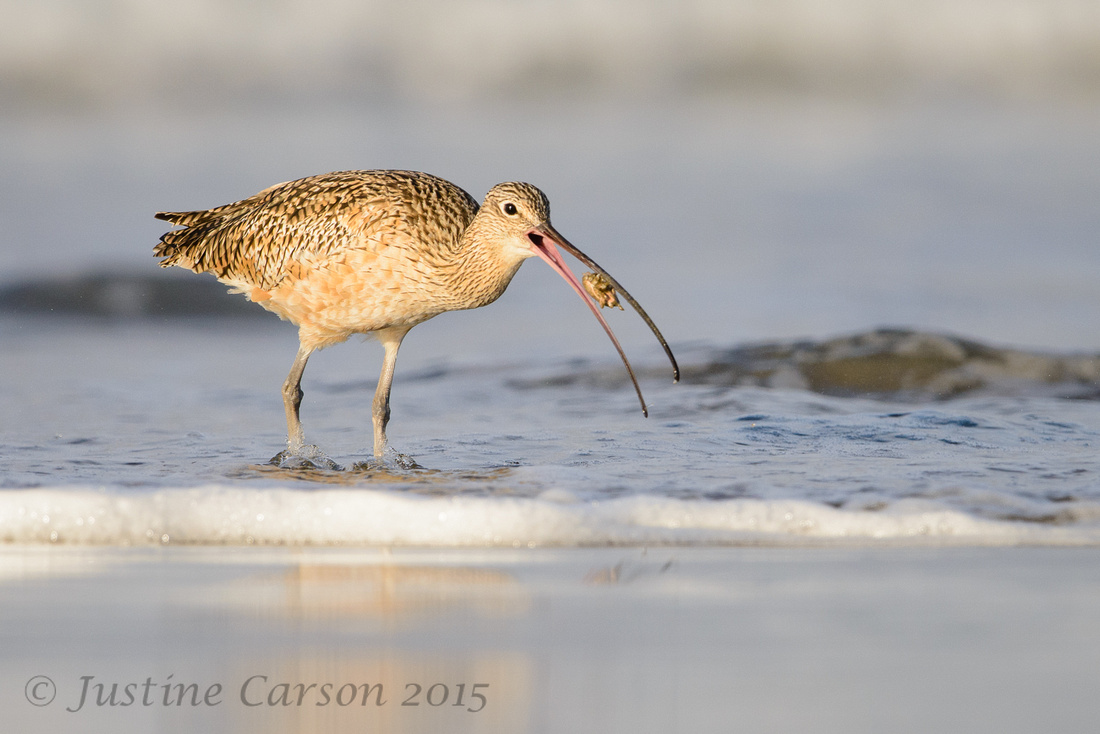 They have to be nimble to juggle the crab from bill to mouth. 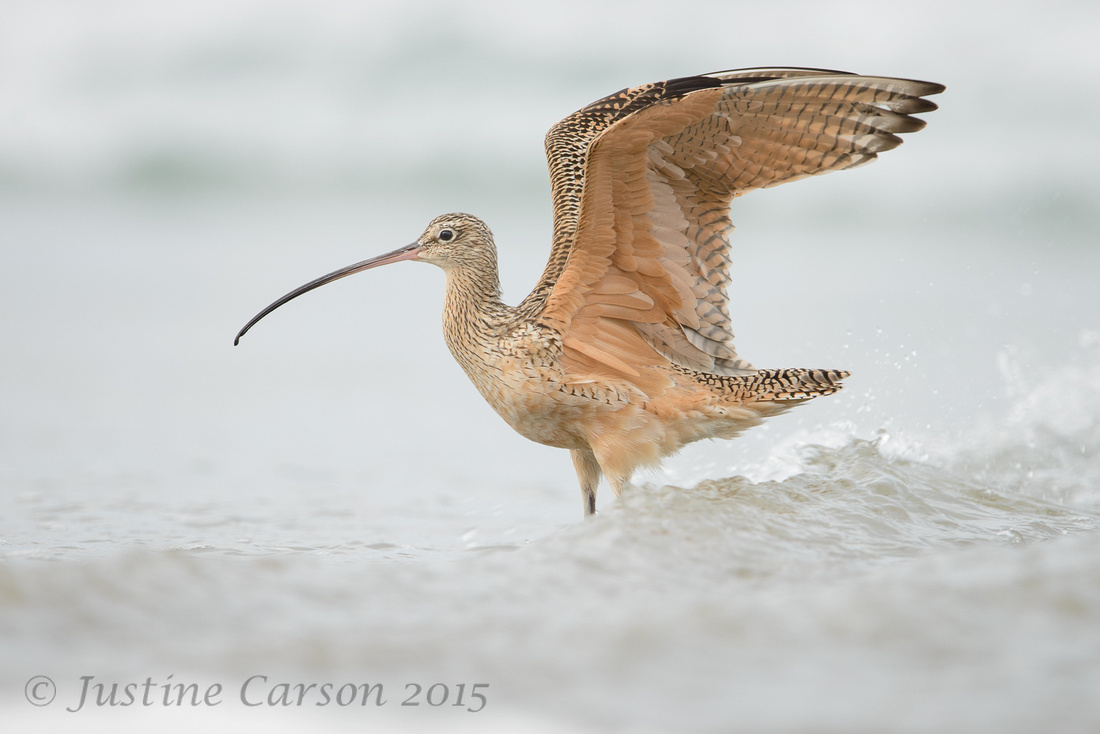 And sometimes, like me, they are surprised by an unexpected wave.