It didn’t take long to figure out that Bryce Canyon, while stunning at any time of day, is, photographically, a morning location. The amphitheater (not strictly speaking a canyon since it was not formed by a river) is East-facing and the shapes and colors are best in morning light.

On our first morning, we photographed from the aptly named Inspiration Point. This overlook provides stunning views of the Silent City -- a part of Bryce with an especially dense concentration of hoodoos and fins with narrow channels between them.  To modern eyes they resemble a warren of skyscrapers and narrow streets. To the native Paiutes they are the “Legend People” dressed in their finest, colorful clothing.

In the pre-dawn light the colors began to glow from the diffused light. 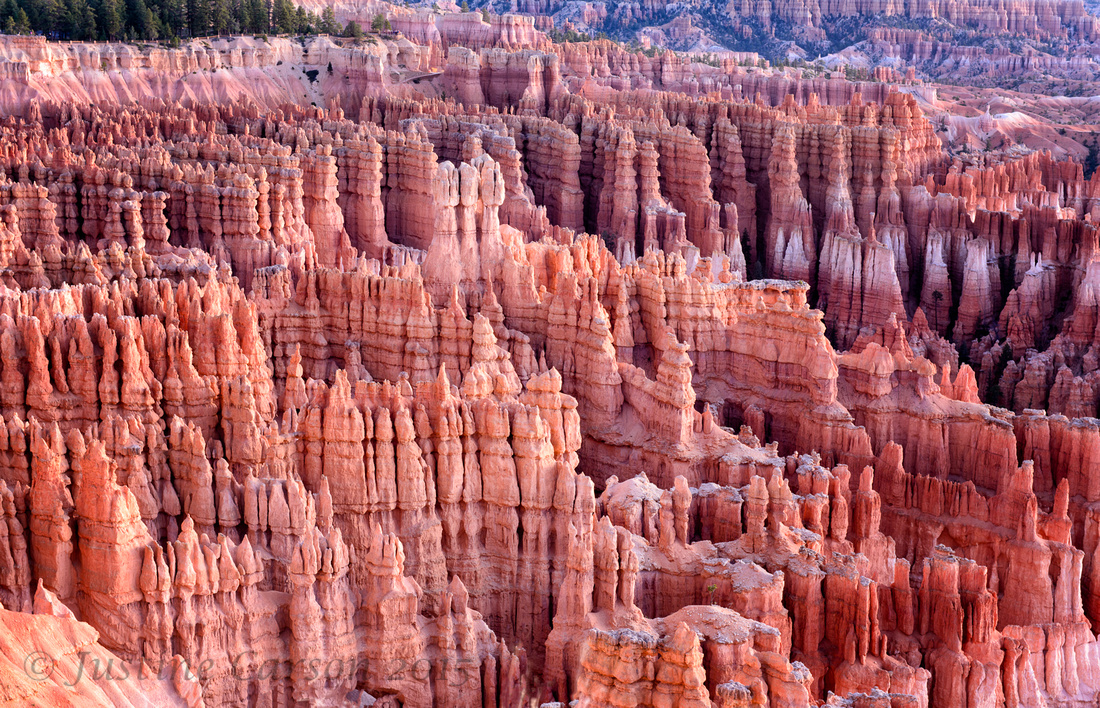 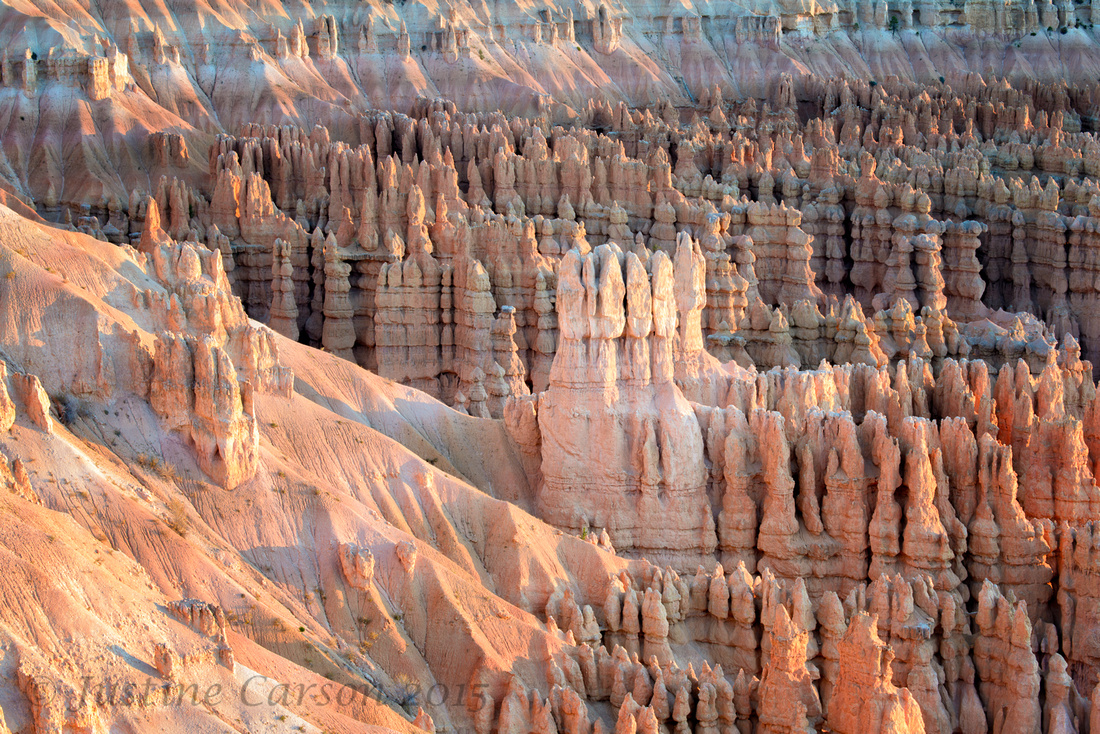 On the second morning, after a sunrise shoot from Bryce overlook, I walked down into the amphitheater on the Queen’s Garden Trail to get a different view of the hoodoos.  Looking up, the sky was an even deeper blue than from the rim, making a dramatic contrast with the orange hues of the rock. 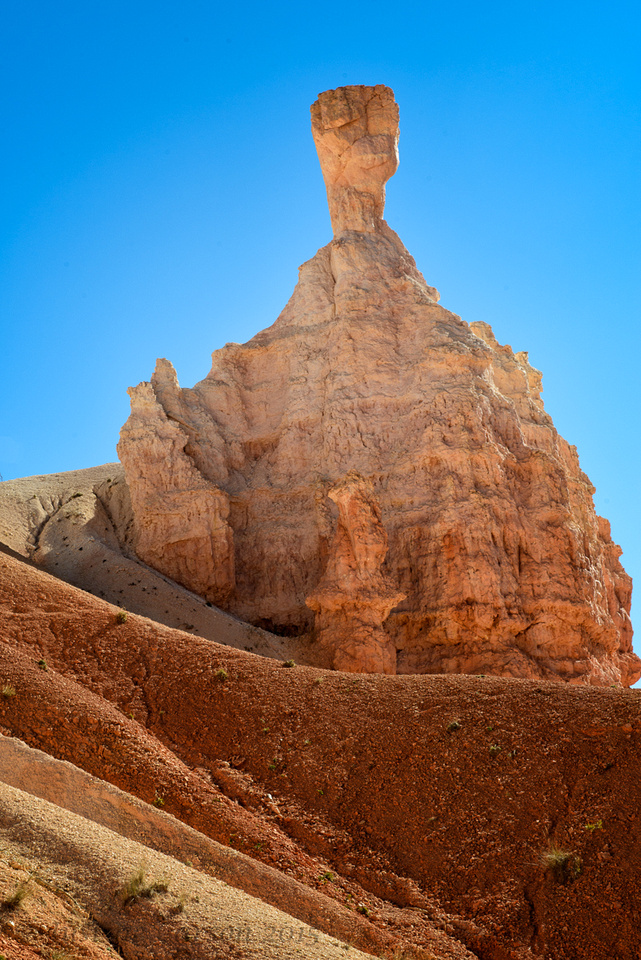 On morning three, a hike along the Navaho Loop Trail provided a variety of views of Thor’s Hammer, one of the most recognizable formations and one that quickly became a favorite. 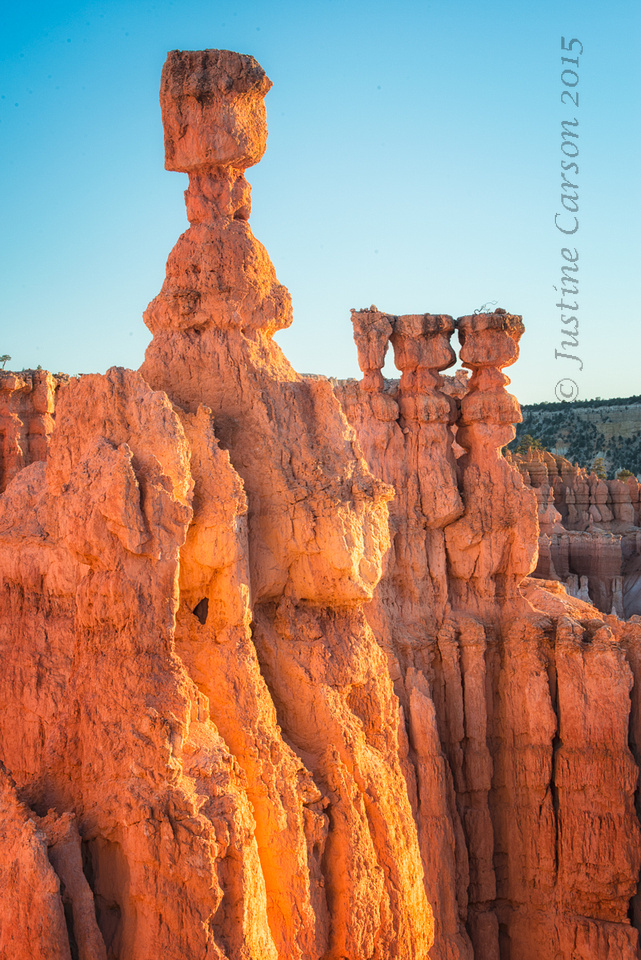 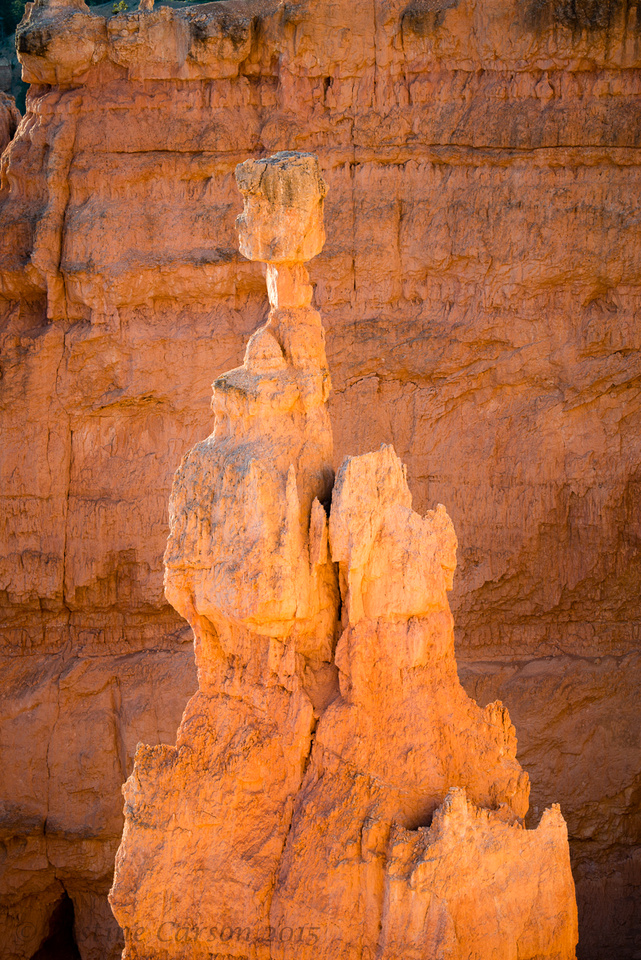