Last morning in the Tetons: Mount Moran from Oxbow Bend

I spent my last night in Wyoming at Signal Mountain Lodge in Tetons National Park in order to have easy access to Oxbow Bend on my final morning.  From my very first visit to the Tetons (about thirty years ago) Oxbow Bend with its spectacular view of Mount Moran has been my favorite early morning location.  In addition to the great view of the Tetons from this location, the still water of the Snake River in the oxbow often provides stunning reflections as well.

I had stopped by the Oxbow on the previous afternoon and saw that there was still some good fall color -- an added incentive to try for some early morning photographs. I got up about an hour before sunrise, gathered up my photo gear and headed out the door. On emerging from the cabin, I was stunned to find that the whole area was socked in with thick fog. I almost gave up and went back to bed, but decided to give it a try. If not the Oxbow, maybe there would be other early morning opportunities.

At the Oxbow I waited patiently (with a number of other photographers who had not been discouraged by the fog) and slowly the fog began to drift away and reveal partial views of the mountains. As the sun broke through and illuminated the top of Mount Moran and gave a glow to the aspens on the shoreline, I was rewarded for my perseverance -- a beautiful goodbye to the Tetons. 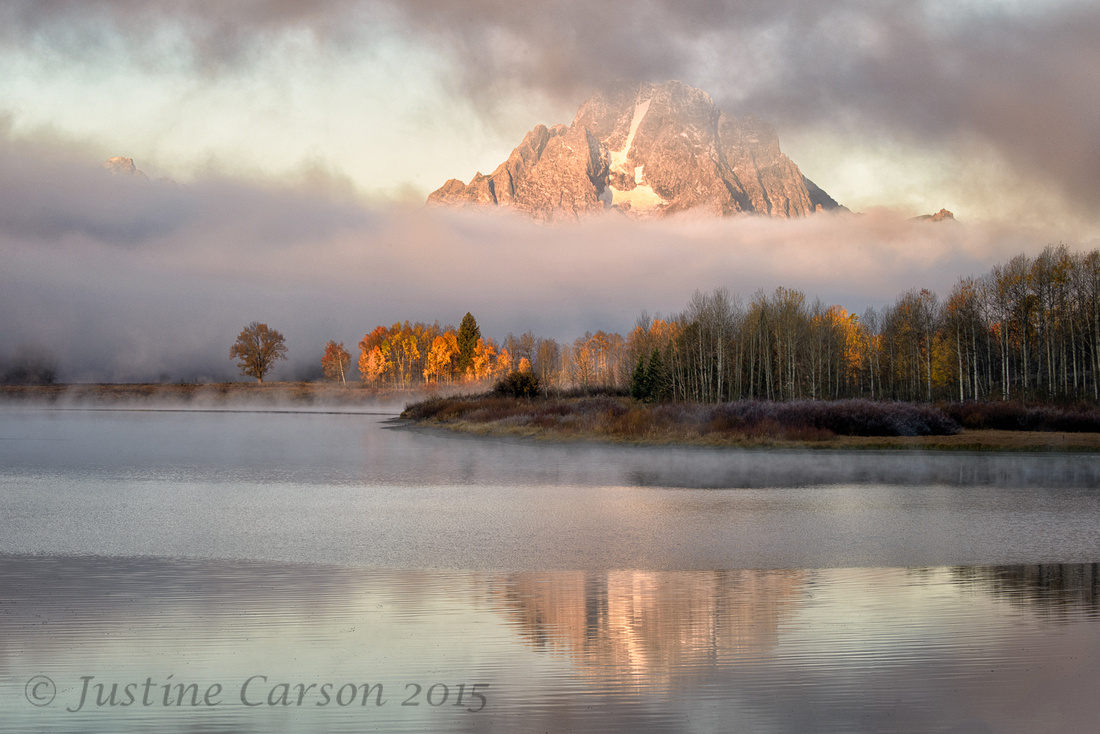