I think one of the reasons that I became hooked on wildlife, and especially bird, photography is that it gives me the opportunity to see details that I wouldn’t necessarily apprehend or appreciate when only seen in a wild habitat.  In fact I remember vividly the experience of viewing on a computer monitor my first images taken with a true “wildlife lens” and being astounded at the vivid colors and feather structure that the camera had captured.

Over the past five years or so I’ve had the opportunity to photograph several varieties of quail and they’ve become some of my favorite subjects. The variety of colors and patterns and, of course, those irresistible topknots, make them endlessly fascinating and excellent subjects for studying color, pattern, and feather detail.

Although they usually appear primarily gray, in the right light this male California Quail takes on unexpected colors of blue and gold. 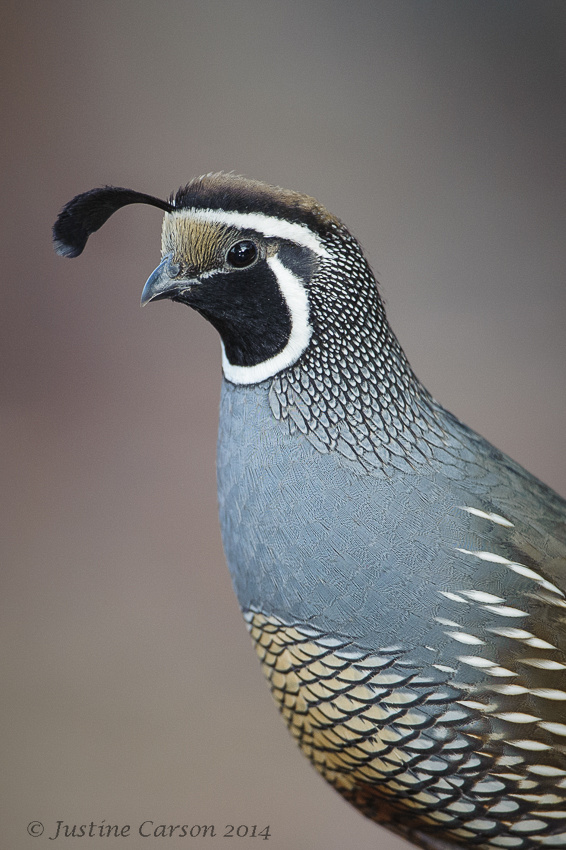 The female of the species is less brightly colored but has beautiful patterns in muted colors. 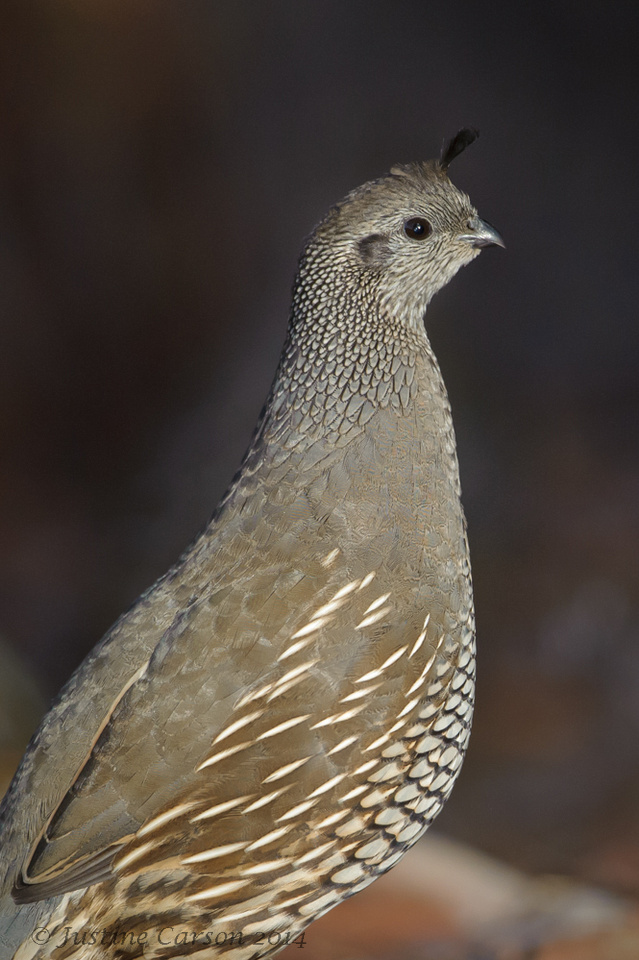 Due to the very limited depth of field of super telephoto lens, it's always difficult to get good focus on multiple subjects, but despite the technical issues, I think the image below highlights the distinct differences between the male and female California Quail. 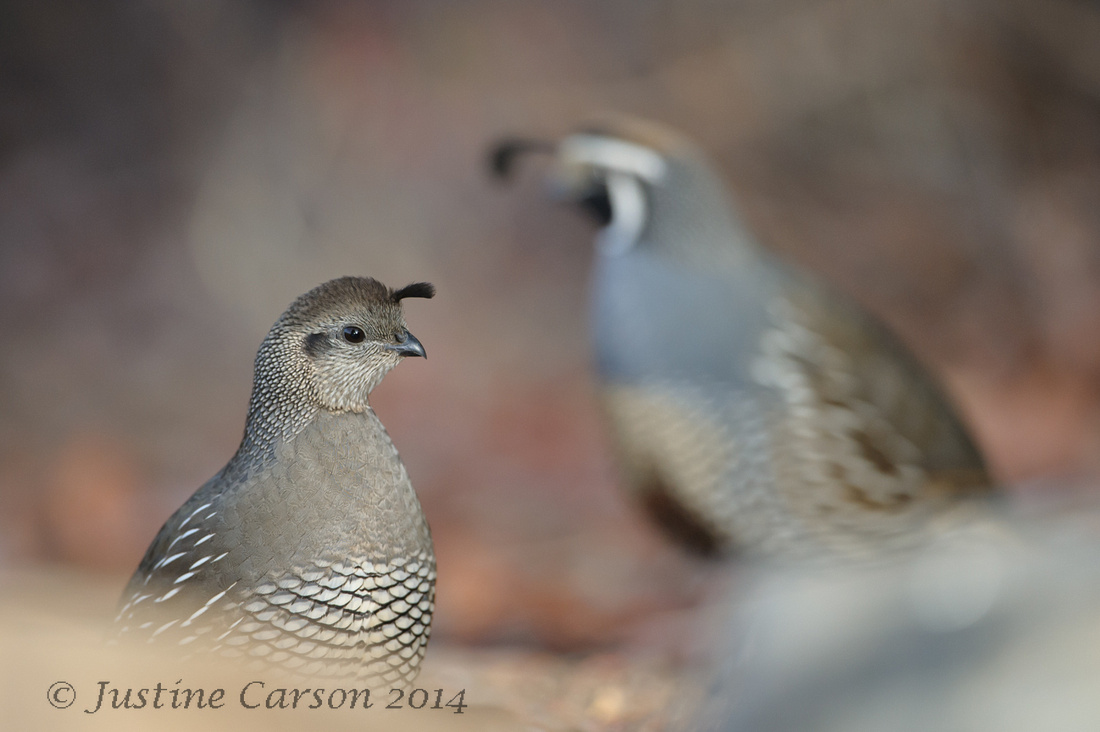 The plumage pattern of this more southern species of quail is well reflected in its name: Scaled Quail: 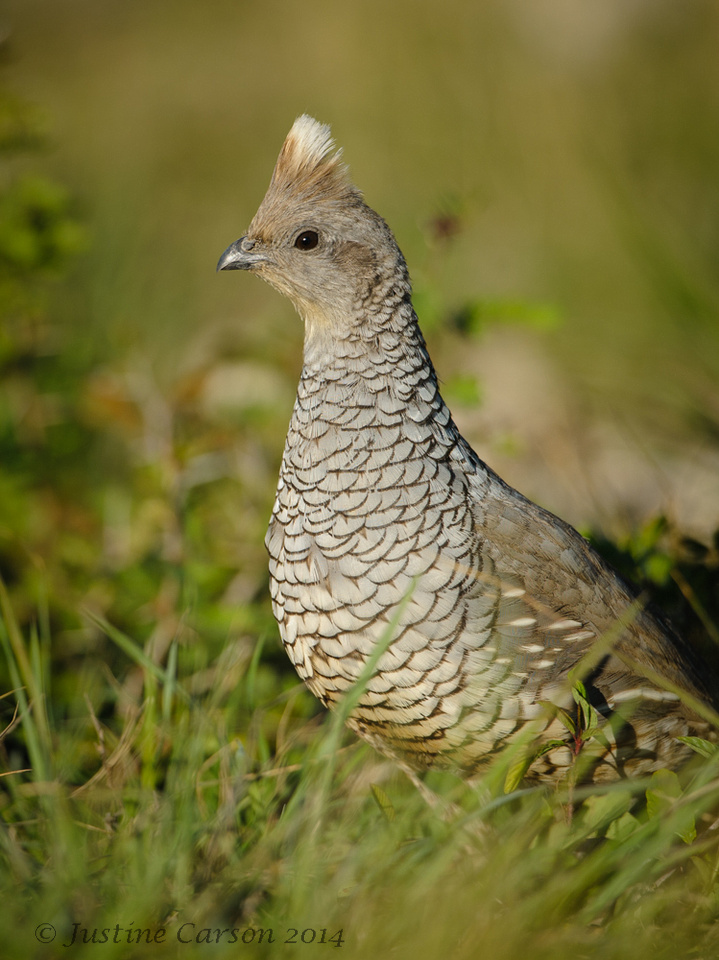 The Northern Bobwhite, also a member of the Quail family, lacks the tuft or topknot of other species but has a strikingly patterned head and neck and beautiful rufous coloring on the breast. 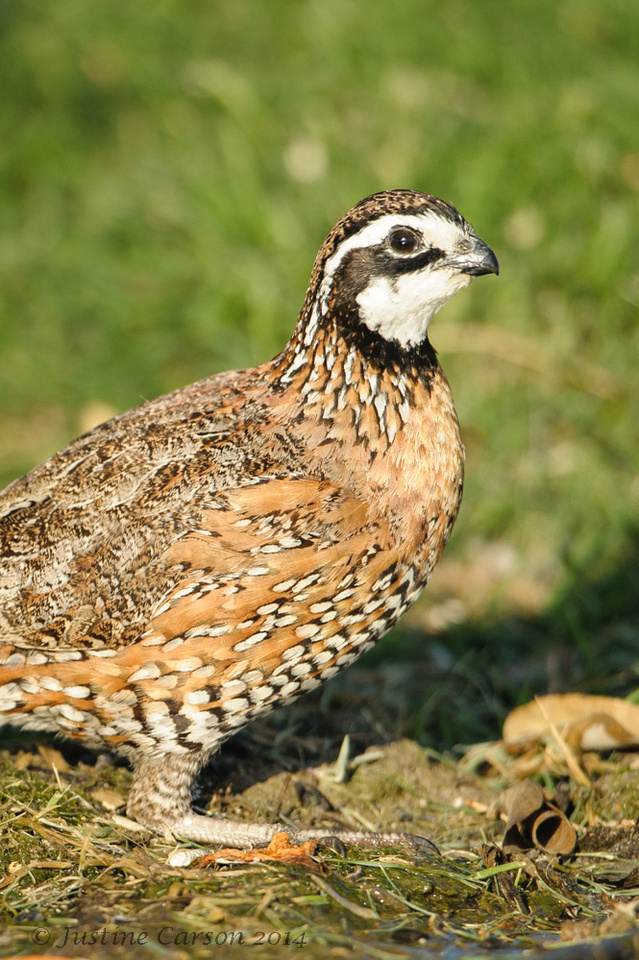