Many of the species of shorebirds that I photographed on Mustang and Padre Islands were familiar to me.  Species such as Ruddy Turnstone, Black-bellied Plover, Lesser Yellowlegs and others can be seen on California beaches and bays as well as along the Gulf Coast.

To see the Reddish Egret, however, one must travel to the Gulf Coast, where it inhabits the coastal lagoons and saltwater marshes.  Almost extirpated by plume hunters by the early 1900s, it has made a comeback though it is still the rarest of the members of the heron and egret family (Ardeidae).

The Reddish Egret has distinctive and attractive plumage -- the body is slate gray and the long neck and breast are cinnamon to chestnut-colored with long showy plumes.  Like similar species, it feeds on small fish, crustaceans, frogs, and insects, but what is remarkable is its extremely active feeding behavior – running, hopping, and stirring up the water while foraging.  It often spreads its wings to create a canopy as it dashes about – reducing the glare on the water the better to spot its prey.

On one occasion I was able to capture some of this behavior. 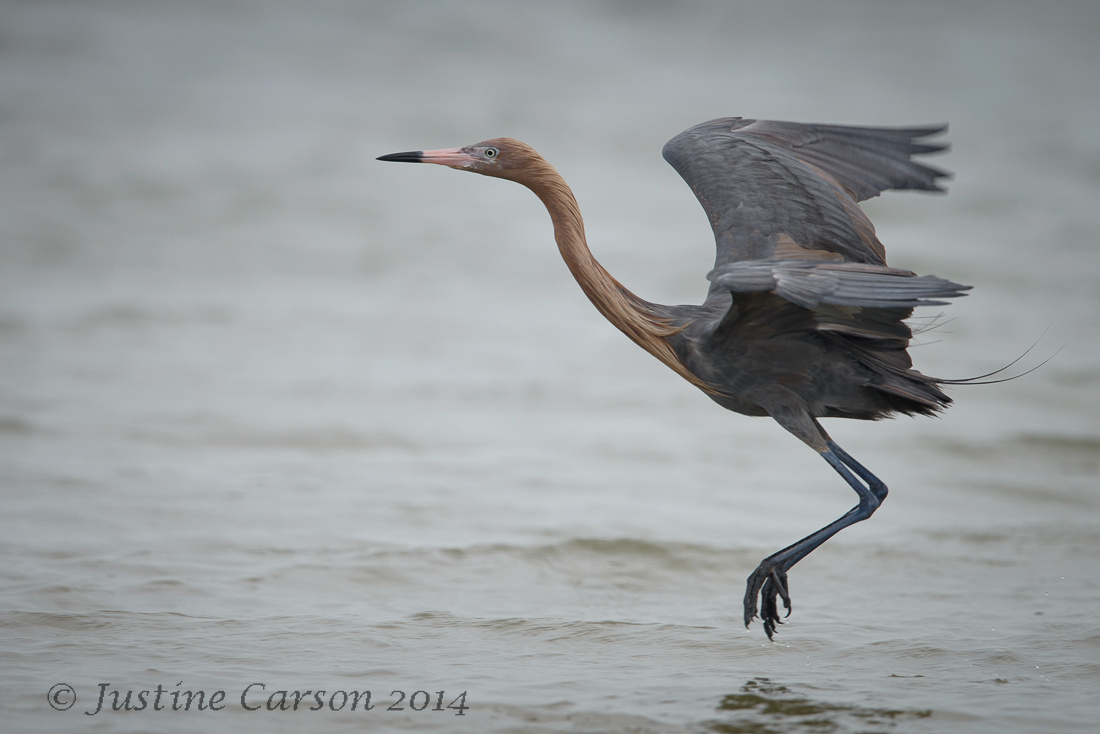 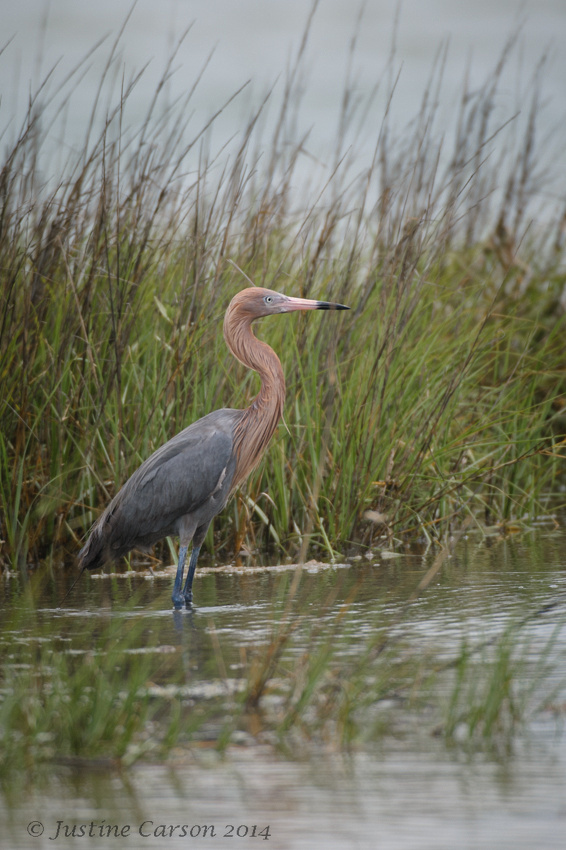