Along the Dalton Highway

A significant part of my Alaska trip last fall was spent driving the full length of the Dalton Highway – from south to north and back. I must have gotten busy shortly after my return from this trip, because I realized recently that I had never fully reviewed my photos. So I’ve spent a few days this week revisiting this part of my trip and have chosen a few to post.

This mostly gravel road travels over 400 miles from where it branches off from the Elliot Highway (near Livengood) to Deadhorse and the Prudoe Bay oil fields.  Sometimes called the North Slope Haul Road, it was constructed from about 1974 to 1977 as a supply road to support the Trans-Alaska Pipeline System.

The Dalton is one of the most remote roads in the United States and, as you might imagine, even in early fall we encountered just about every kind of weather. We enjoyed the fall colors in bright sunshine on the southern portions.  Mist and rain appeared as we traveled farther north and culminated in driving snow as we crossed over Atigun Pass --  at 4749 feet, it is the highest point on the road.

In addition to the amazing fall colors of the tundra and boreal forest and the magnificent Brooks Range, there were many wildlife sightings along our way:  caribou, moose, musk oxen, and even a distant wolf.  If a drive along the Dalton Highway is not on your bucket list, it should be!  I hope to make this trip at least once more – maybe summer of 2016? 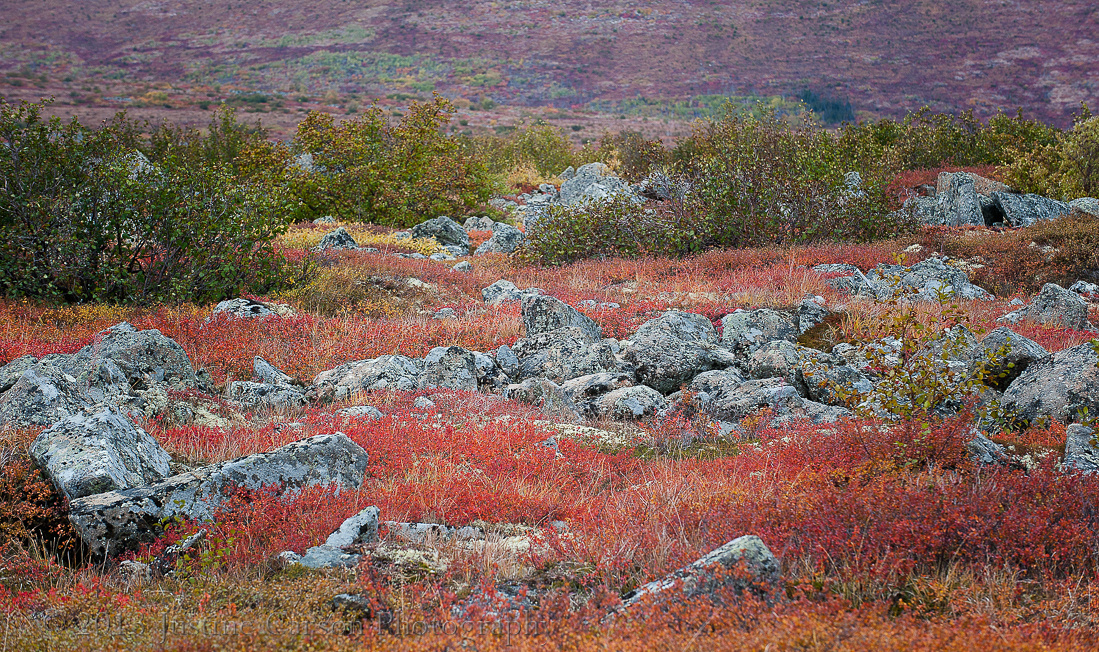 Fall color on the tundra, AlaskaA rainbow of color among the rocks on the Alaskan tundra

All the colors of the spectrum are represented in this scene along the Dalton. 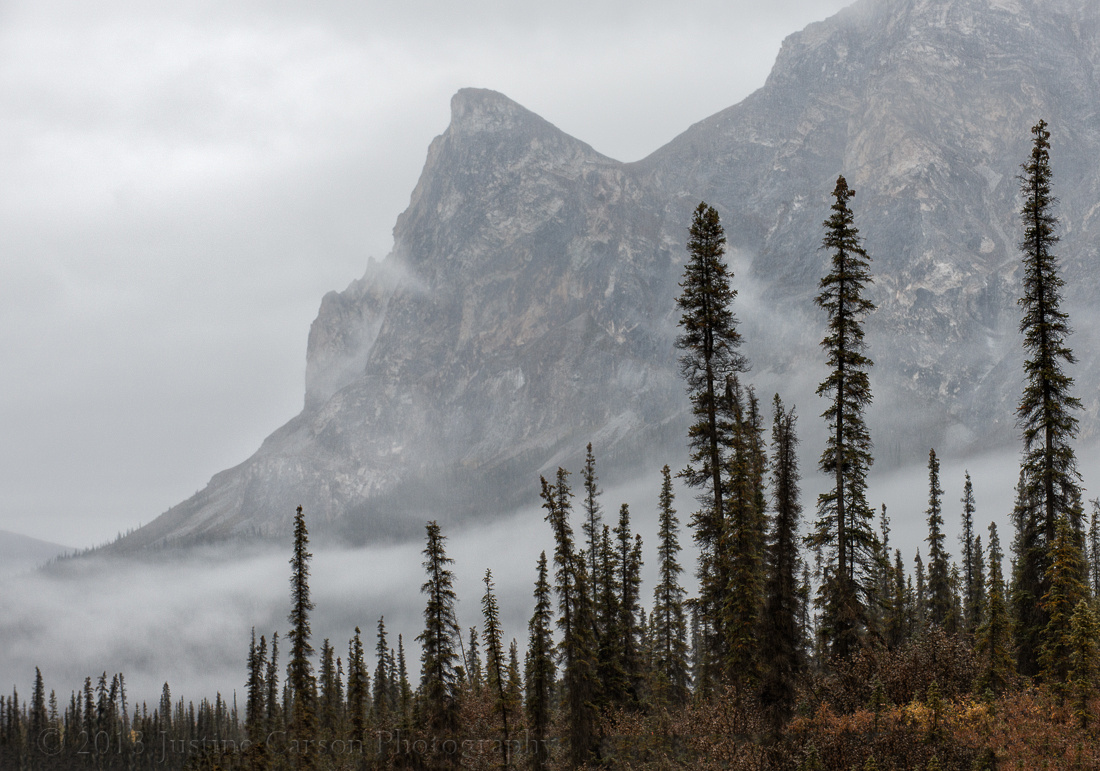 A misty view of Mount Sukakpak 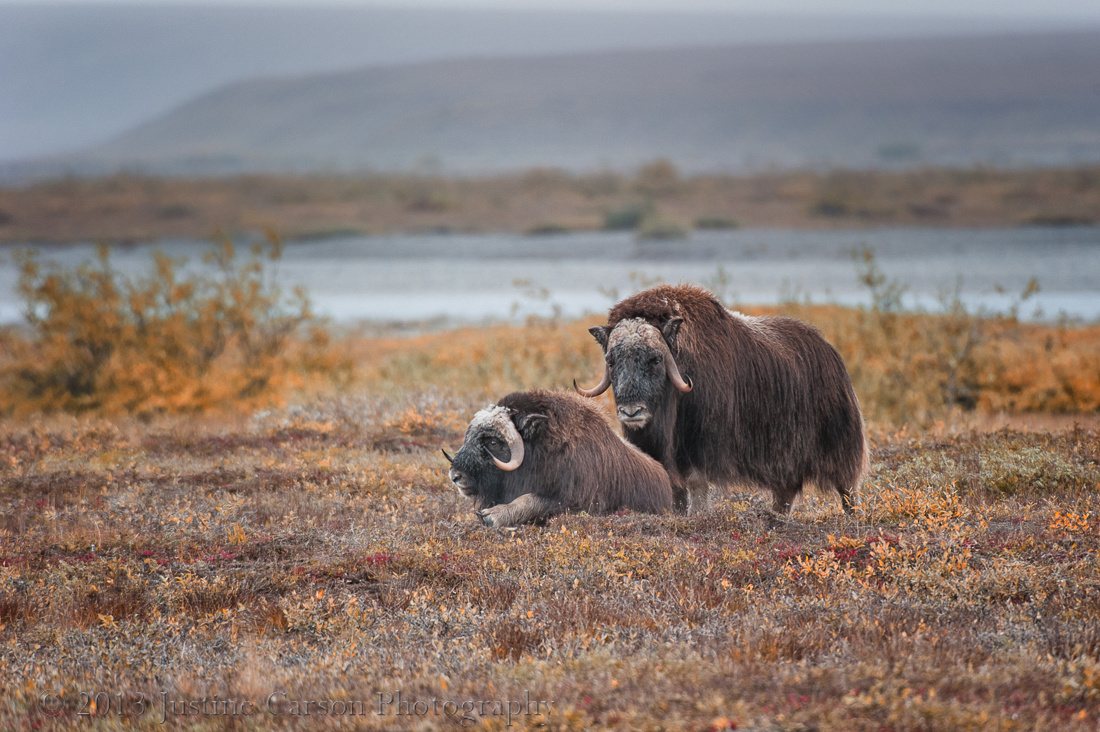 A few miles south of Deadhorse, we hiked across the tundra to get a better look at these musk oxen.

For a few more images taken from the Dalton, click here.