The Black Oystercatcher is a regular inhabitant of the rocky coasts of San Mateo County.  They inhabit marine shorelines from coastal Baja California to the Aleutian Islands and they breed mostly on nonforested islands within their range.  Despite their name, they are not known to eat oysters, but forage on mollusks such as mussels, chitons, whelks, limpets and even barnacles.

Since their black plumage often blends in with the dark rock on which they forage, I usually hear the birds before I see them.  Their call is a distinctive keee and, once heard, I can usually spot the bright orange bills or pink legs among the black rocks. There are several places along the local coastline where they can be found regularly but they are most photographable at Pillar Point just north of Half Moon Bay.  I spent an hour there yesterday watching them feed on mollusks among the rocks and in the surf.

Their genus name, Haematopus, is Greek for blood eye.  The species name, bachmani, was given by John J. Audubon for his friend John Bachman.  The eye – with a bright orange orbital ring and a yellow iris -- is one of their most distinctive features.  Another not as noticeable feature (I only discovered this while editing some of my photos) is that they have black “toenails” on their pink legs. I now think of them as “goth birds.” 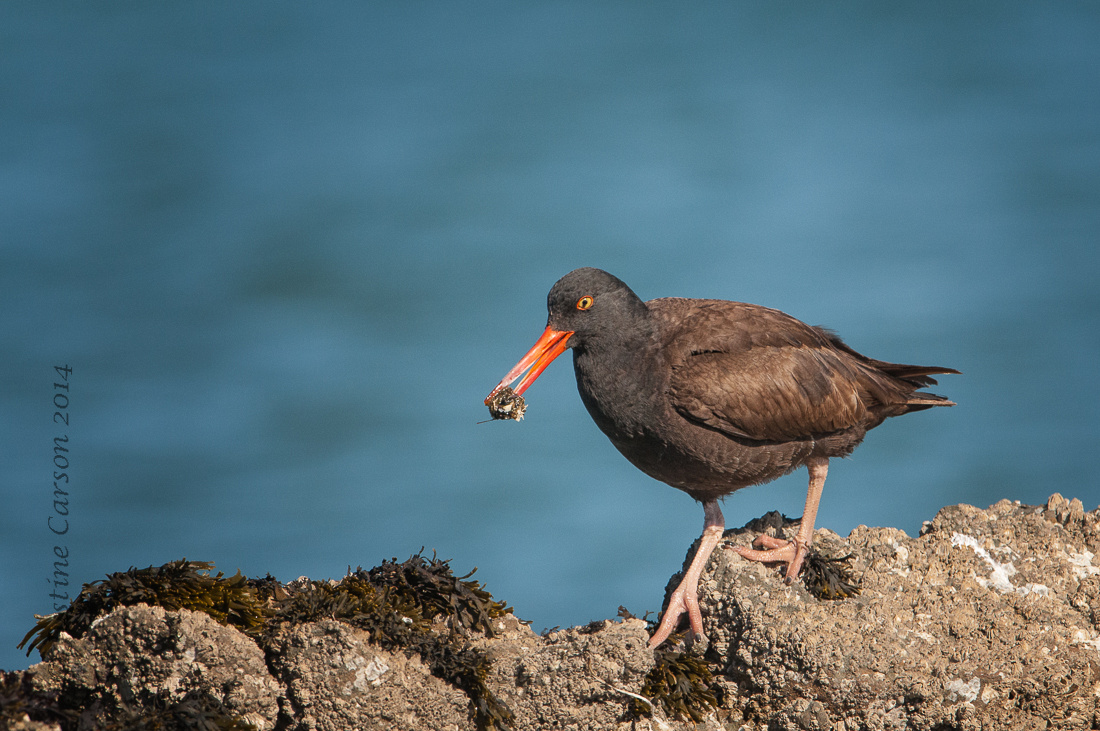 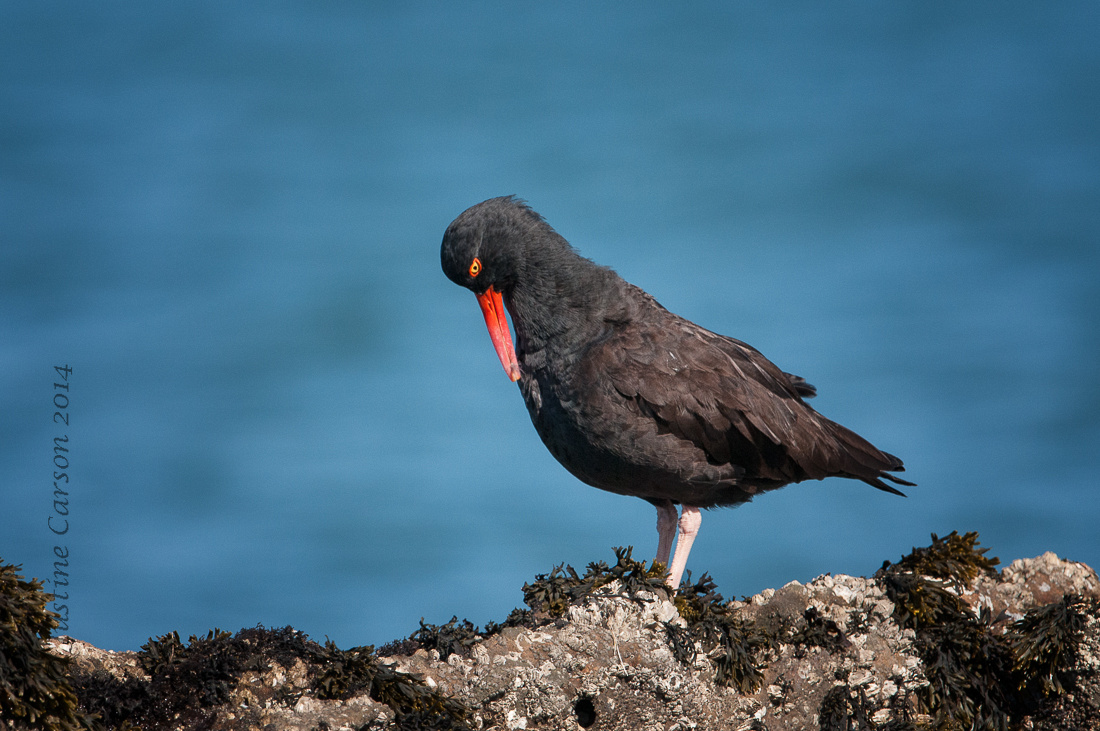 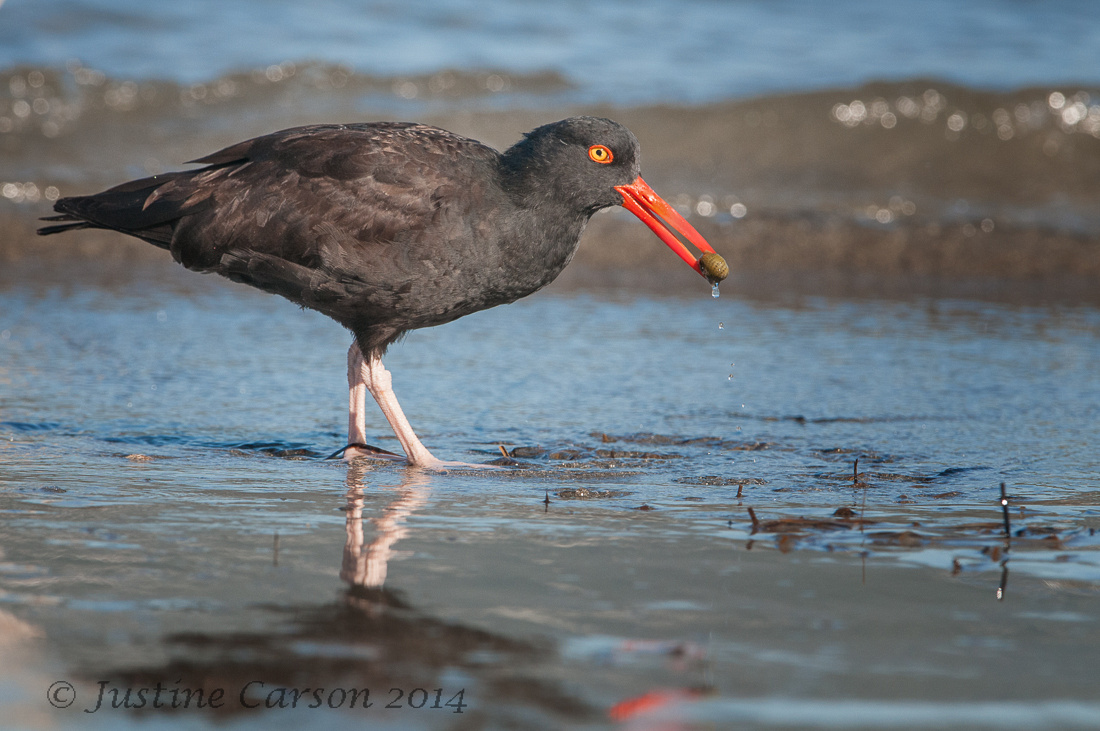