Allen's Hummingbirds at the UCSC Arboretum

The UCSC Arboretum in Santa Cruz is one of the best local places to observe and photograph Allen’s hummingbirds.  They are attracted to the flowering plants that are abundant in the gardens there, especially the South African and Australian areas.  Bruce Finocchio introduced me to the possibilities there last spring and I returned again this week for another morning with the Allen’s hummingbirds.

Male hummingbirds have iridescent gorgets – patches of feathers on the throat and upper breast that are brightly colored when they catch the light. On the Allen’s Hummingbird the gorget can appear bright yellow-orange to coppery to an olive green, depending on how the light is refracting off the specially adapted feathers.

Male hummingbirds perform elaborate swooping or diving displays to attract females – fascinating to watch but impossible to photograph because they are so fast.  The males also like to guard their territories by staking out a high perch where they can watch for male intruders. They will usually return to their favorite perches after feeding forays or chasing away the other males, so finding those perches is one of the keys to photographing hummers. 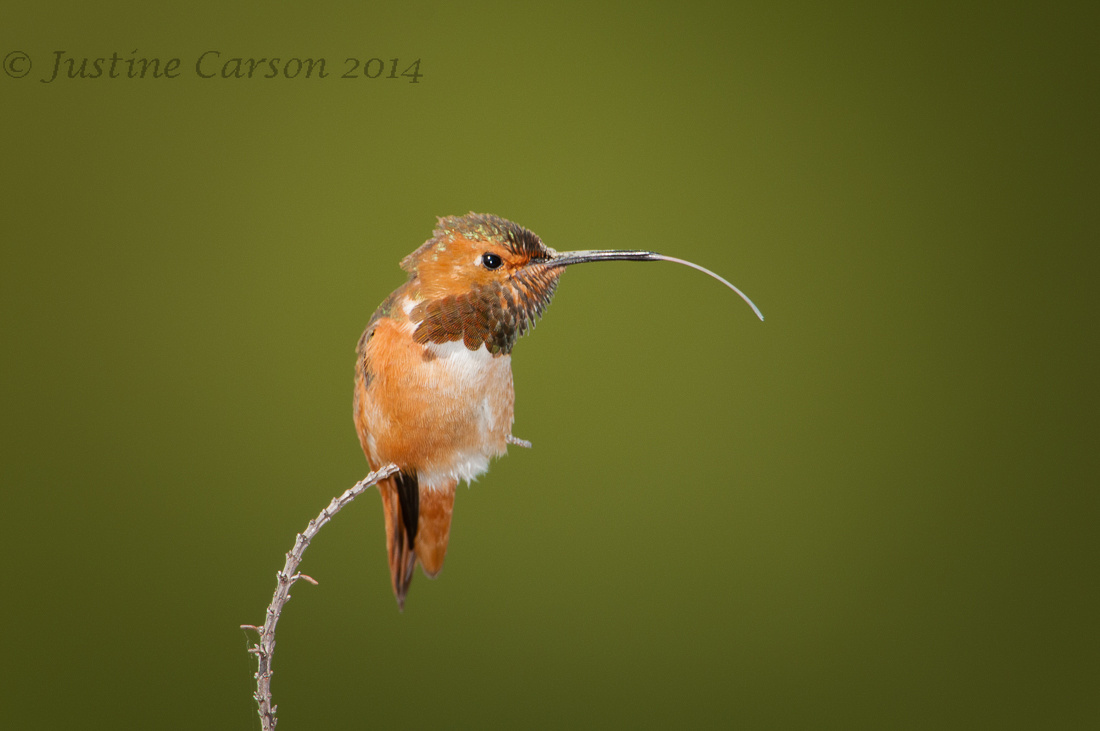 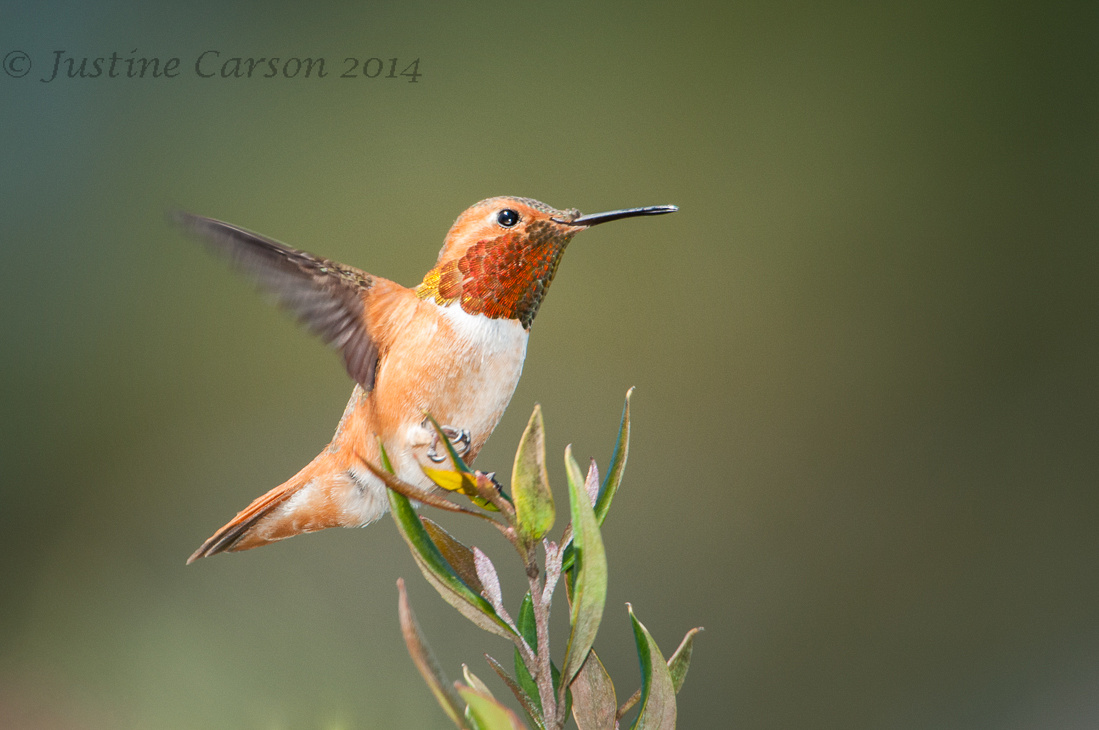 As this bird comes in for a landing, its gorget colors range from gold to drab green.

mary(non-registered)
loved the birds. how great to get so close still cold and freezing here. hi to lloyd