Today was my regular day as a Plover Watch volunteer at Half Moon Bay State Beach.  The light was good so I decided to take my camera.  The loosely-scattered plover flock (21 today) was hunkered down in the tire tracks and footprints, as they usually are. The plovers are very well camouflaged and unless you know what to look for and where to look, you are likely to walk by without knowing they are there.

Another reason for taking the camera was that recently a Peregrine falcon has been frequenting the north end of the state park beach and I hadn’t yet had a chance to photograph it.  As I reached the area where the peregrine has been seen, I caught sight of it on one of its usual perches, a large log not far from the lagoon.  As I approached I saw that it had just had a successful hunt and was busy plucking the feathers from its meal. When I got close enough to see the peregrine’s prey more clearly, I was relieved to see it wasn’t one of the plover flock! It was a much larger bird than the tiny plovers; at first I thought it might be a gull but on examining the pictures on my return, I could see that it did not have a gull’s feet – a dove perhaps.

I watched and photographed for a half hour or more.  To my amazement, the peregrine consumed everything! Once it had finished and flown off, I examined the log and, aside from a few feathers blowing in the wind, there was not a scrap left behind.

Though it’s not a good idea to take sides in nature, I was happy to see that the beautiful peregrine had gotten a good meal – something more substantial than a plover 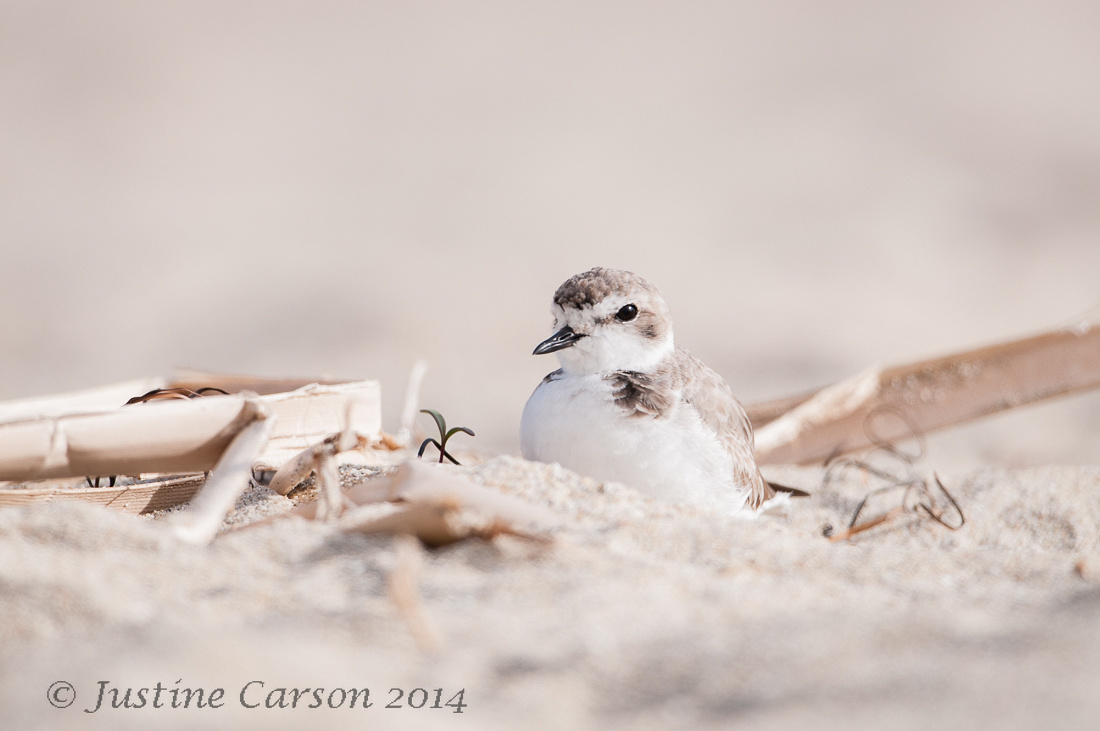 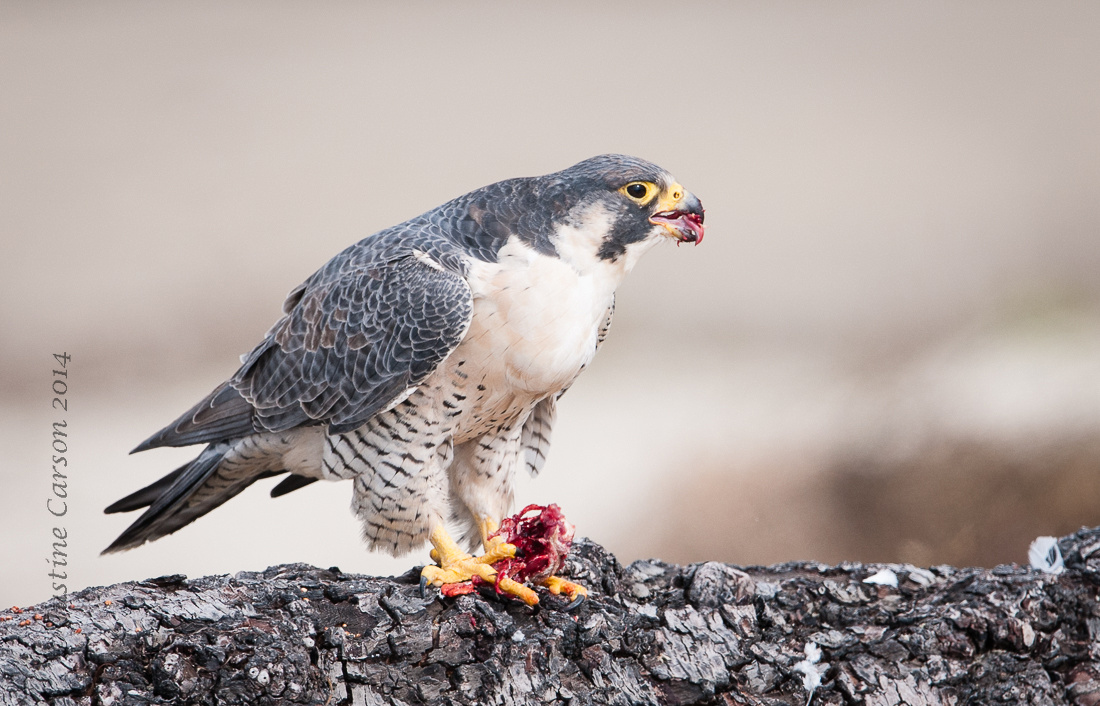 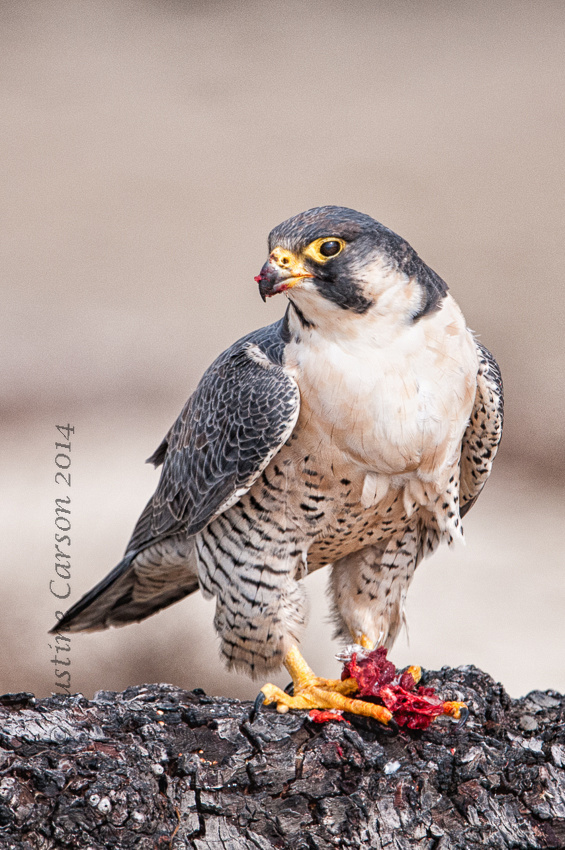