Following a natural geological ridgeline, the trail was first used by animals traveling from their grazing lands to salt licks located in central Tennessee. Native Americans used the trail for centuries before it came into use by European explorers, settlers, preachers, bandits, and traders.

Some of the most colorful travelers on the trace were the “Kaintucks”, frontiersman from Tennessee and Kentucky that floated flatboats down the river, delivering goods to Natchez, Mississippi, before traveling back on foot to Nashville to begin the journey over again.

Today the Parkway provides a pleasant escape from the interstate highways,  of which we gladly took advantage on our recent trip.  The winding road through mostly forested land offers many opportunities to visit historic and natural sites.  The historic sites mostly tell the sad story of the making and breaking of treaties between the American government and the Natchez, Chickasaw, Choctaw nations who inhabited the area pre-European settlement.

Remnants of the original Trace are accessible from the Parkway, as are the remains of Native American ceremonial sites from the Middle Woodland period. 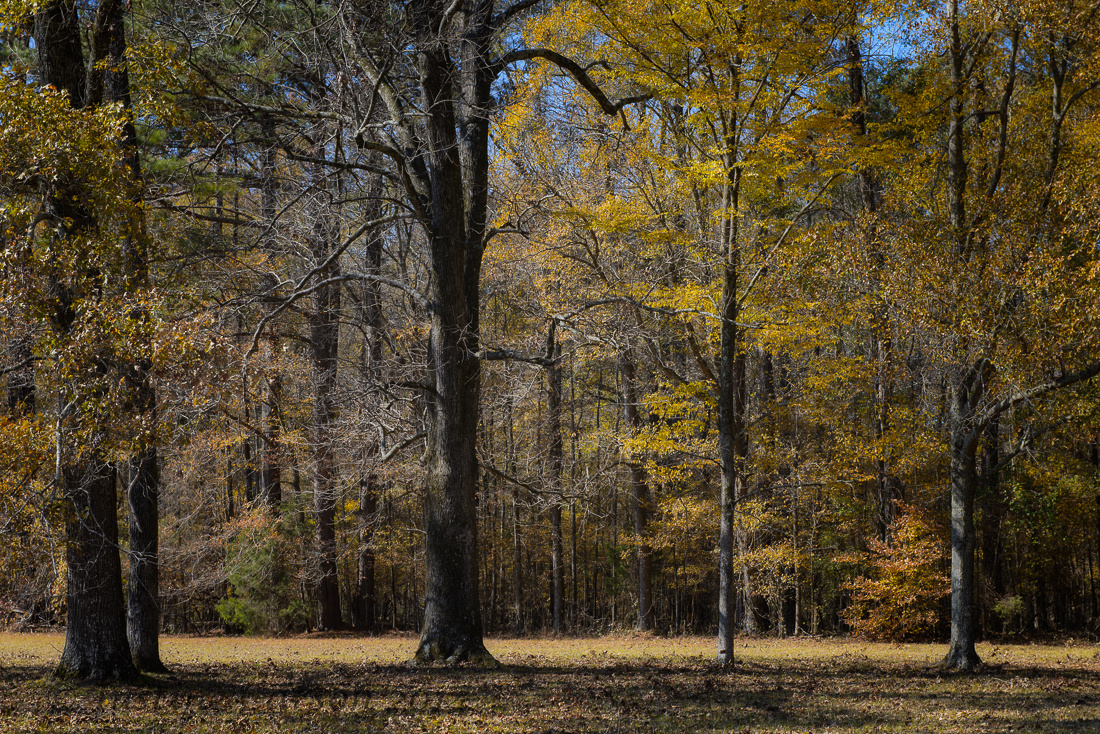 Even in late fall the forest of mixed hardwoods and pines creates a colorful backdrop to a drive down the Natchez Trace Parkway. 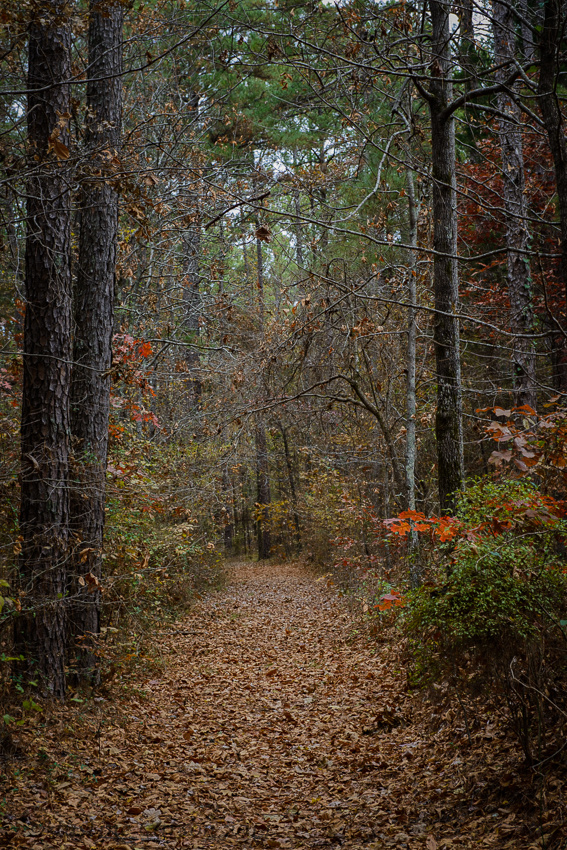 A small portion of the old Trace is carpeted with fallen leaves and bounded by thick forest of hardwoods. The trace crosses four distinct ecosystems and is habitat for almost 1500 species of plants and trees. 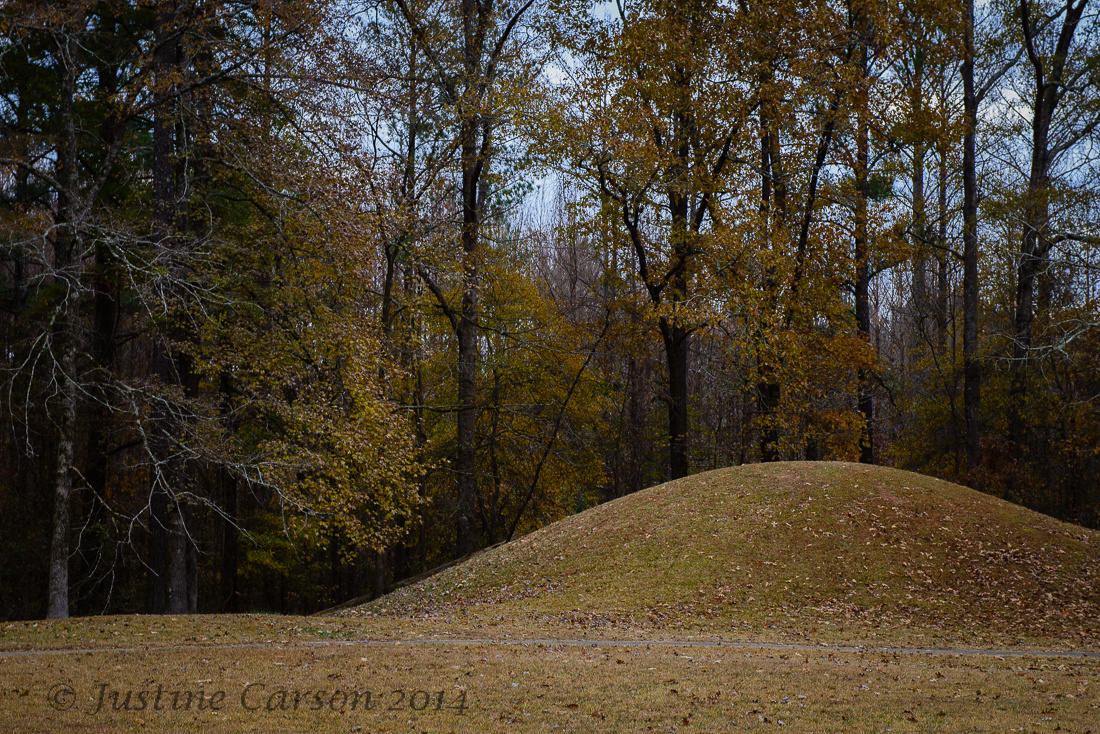 Remains of a Native American ceremonial site dating back to the first or second century AD.