The Pronghorn has an interesting evolutionary history.  It is not a true antelope, though it is sometimes referred to as the pronghorn antelope (or simply, antelope, as in “where the deer and the antelope play”).  Instead it is the only surviving member of the family Antilocapridae. It is a truly American species, evolving in North America during the Pleistocene period.  Of twelve Antilocapridae species, only five were extant when humans arrived in North America and only one, Antilocapra americana, remains.

It is considered the fastest mammal in the Western hemisphere and second worldwide only to the cheetah. Unlike the cheetah, which is strictly a sprinter, the pronghorn can sustain its high speeds for up to four miles.  Zoologists suggest that the pronghorn evolved its running ability to escape from now extinct predators such as the American cheetah. Currently there are no North American predators that remotely approach the speed of the Pronghorn.

At the turn of the 20th century, conservationists thought that the extinction of Antilocapra americana was likely.  Protection and habitat restoration efforts that begin in the 1920s and '30s have allowed pronghorn populations, except for three southern subspecies, to recover and thrive. Their range extends from Saskatchewan and Alberta in Canada, through the American West, and south to northern Mexico. They can often be seen in the sagebrush flats of Grand Teton National Park.

Here, only the distinctive head and antlers of a male Pronghorn are visible over the sagebrush. 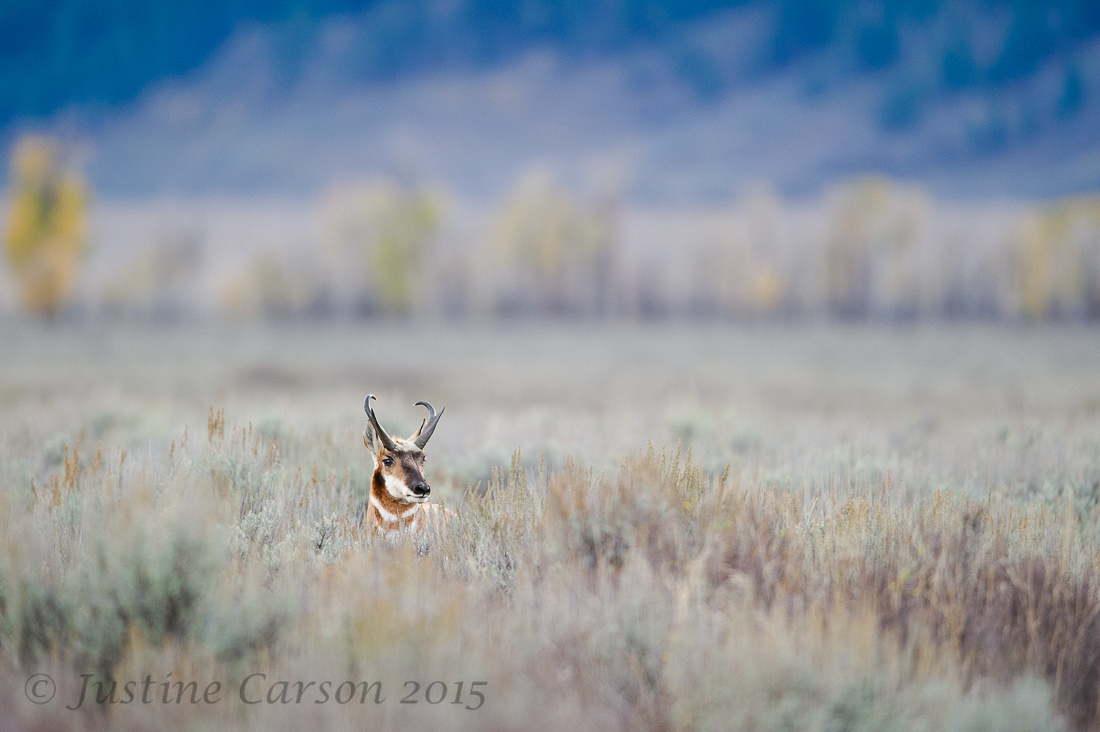 In the two images below, the male Pronghorn is guarding his territory against younger males. In the first image, the distinctive pronged shape of the the horns and the dark patch which marks the scent gland are visible. Males rub this gland against the sagebrush and other vegetation to mark their territory. 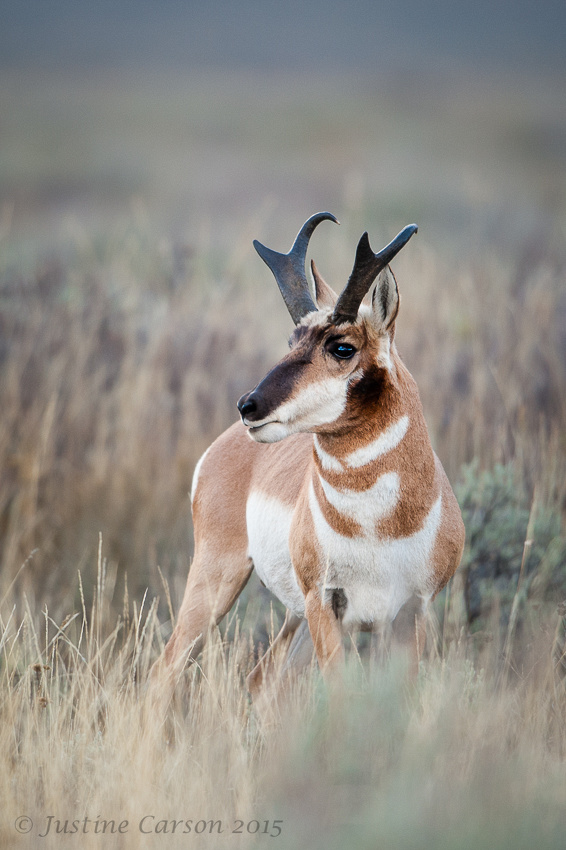 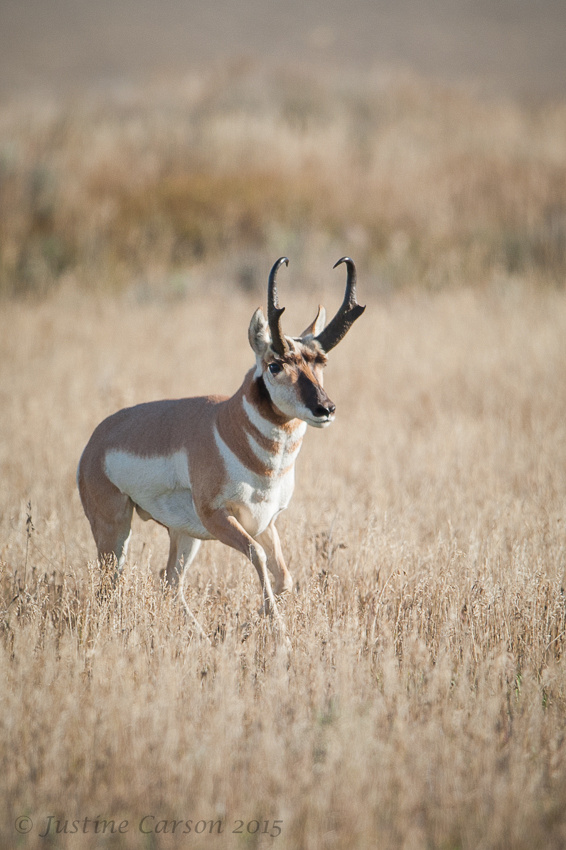 A female and a young male run side-by-side through the sagebrush. 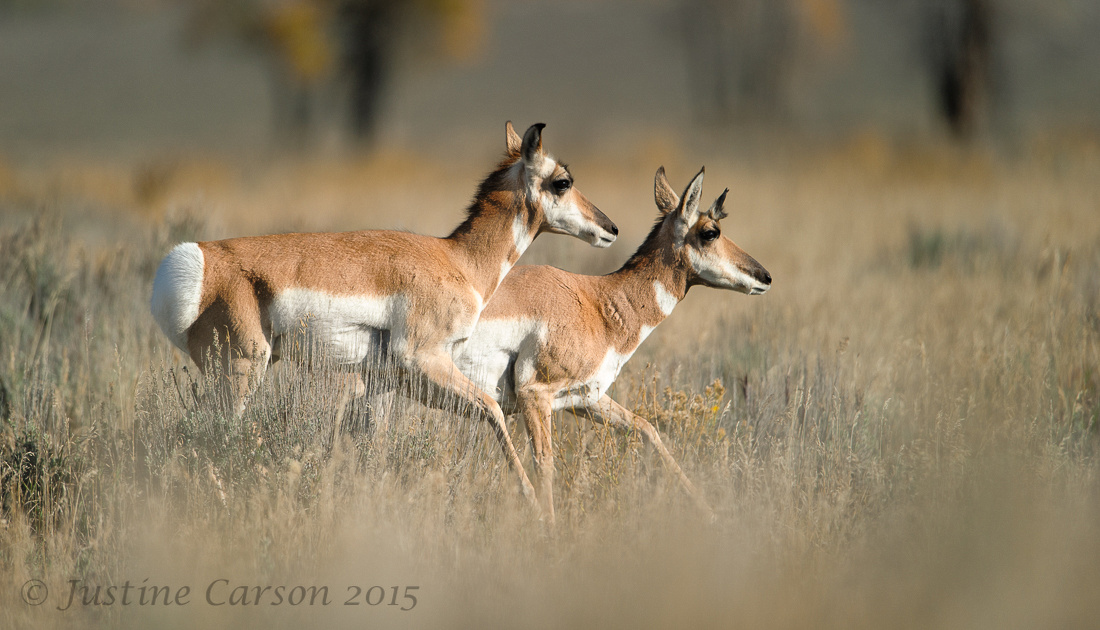