The Gros Ventre River runs along the southeastern boundary of Grand Teton National Park, and the Gros Ventre Campground, situated along this river in prime moose habitat, is one of the best places to observe moose in this national park. Moose are large, slow-moving (some might even say ungainly) animals and they spend their days alternating between foraging and resting. During the rut, bulls can be seen watching over their cows and occasionally defending them against interlopers.

This portrait highlights one of the features that distinguish moose from their relatives in the deer family: the antlers. Size and growth rate are determined by age and diet; older bulls have larger antlers and a mineral-rich diet is required to develop a set of large, symmetrical antlers.  In mature bulls antlers can weigh up to 70 lbs and measure over 5 feet from tip to tip. 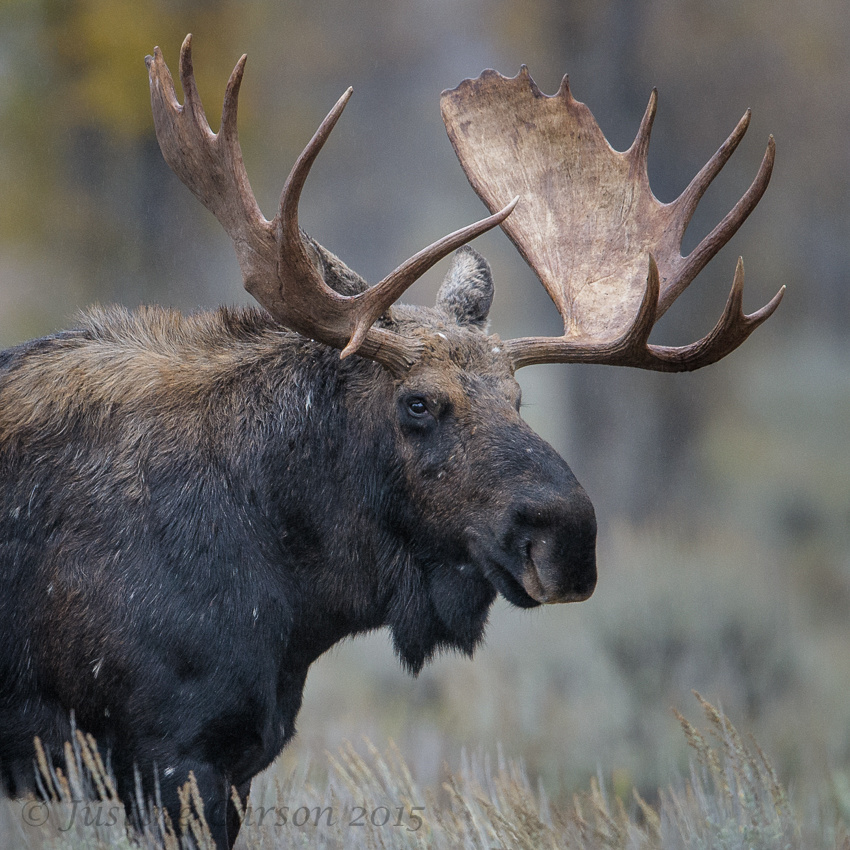 Most of the moose activity we observed on our visit to the Tetons was of the foraging and resting variety.  When the moose are bedded down among the cottonwoods we could only catch a glimpse of head and antlers in the underbrush.

At other times a bull and multiple females could be seen grazing on brittlebush and other forbs. The overcast and rain plus late fall colors made an attractive, moody setting for photographing these impressive animals. 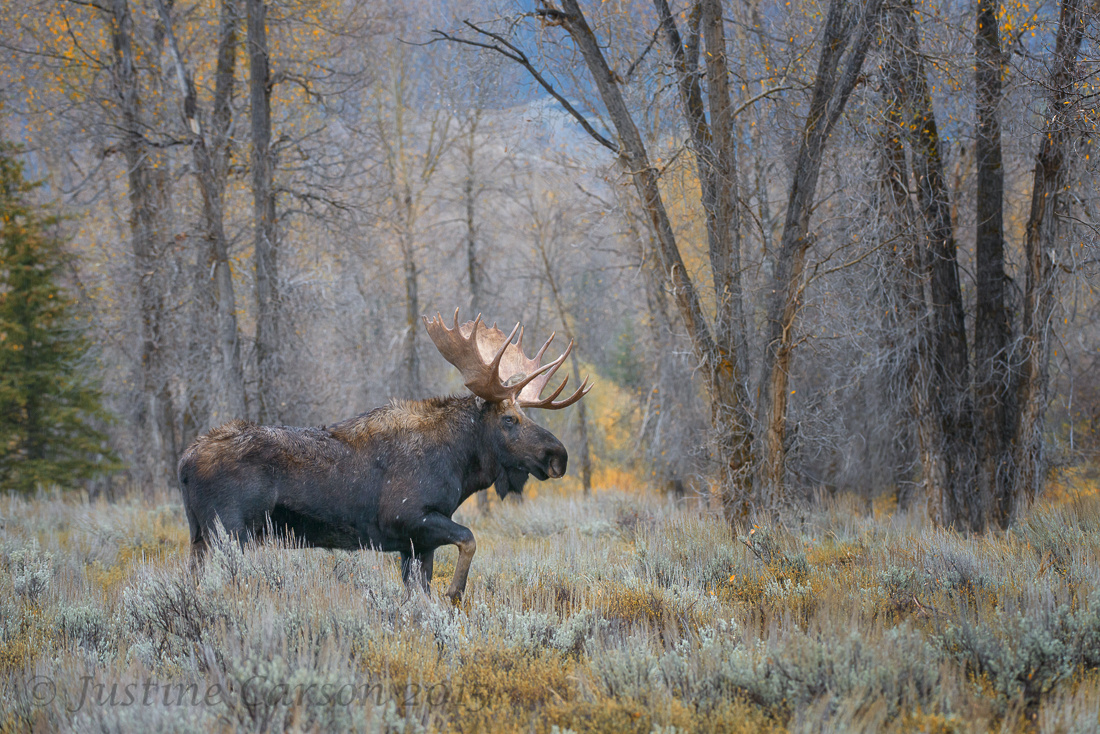 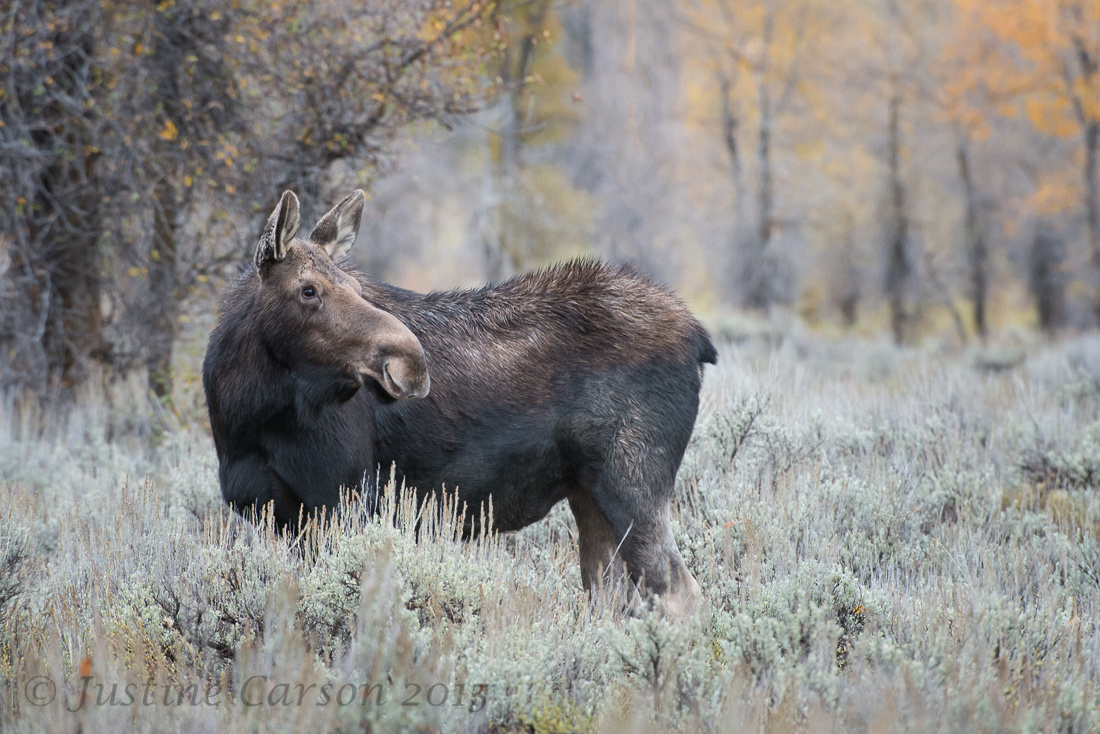 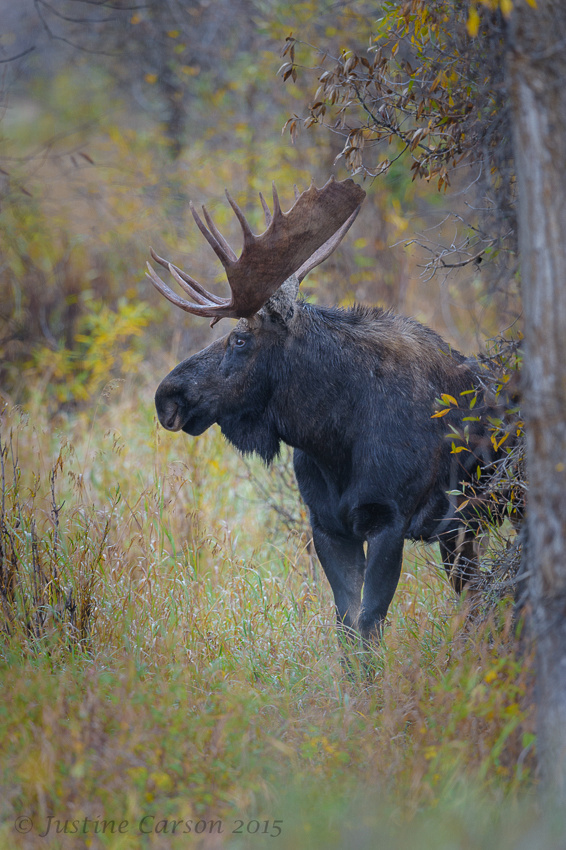 On one early morning we encountered a young bull (as evidenced by the much smaller antlers) making his way through sagebrush and emerging from the steam generated by nearby warm springs. 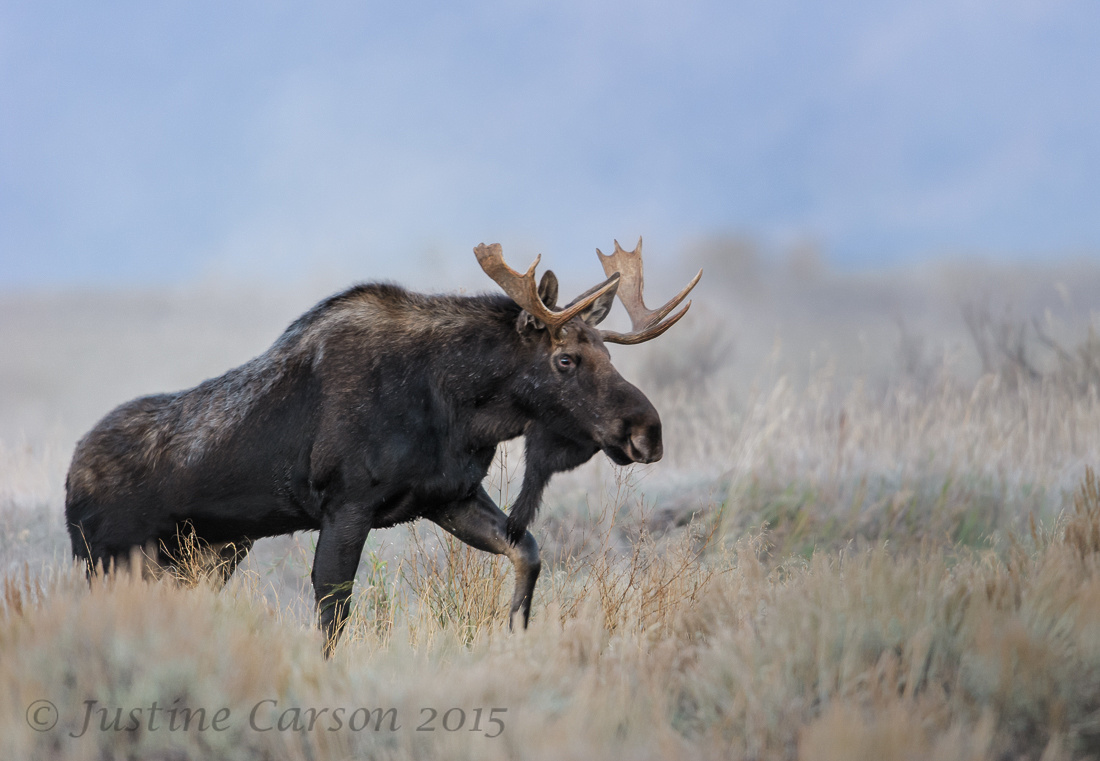 Whatever the location, I could not help but be impressed by the size and grace of the American moose -- Alces alces americana.