Black Bears in the Tetons

Black bears are famously omnivorous and their diet changes from season to season depending on which foods are plentiful. Fall is when bears feast on berries, fruits and nuts, all of which provide much needed carbohydrates and proteins for the bears’ winter hybernation.

Several areas in Grand Teton National Park are generously supplied with Hawthorn bushes, the berries of which are a vital food for Teton bears.  Though the bears were not as plentiful in these berry-rich areas as they have been in previous years, late one afternoon we found a female Black bear in an unexpected place – thirty feet up in a cottonwood tree.  We later discovered that she was a mother with three cubs (safely stowed in a thicket at the base of the tree) and surmised that she was taking a well-deserved break from mothering duties. 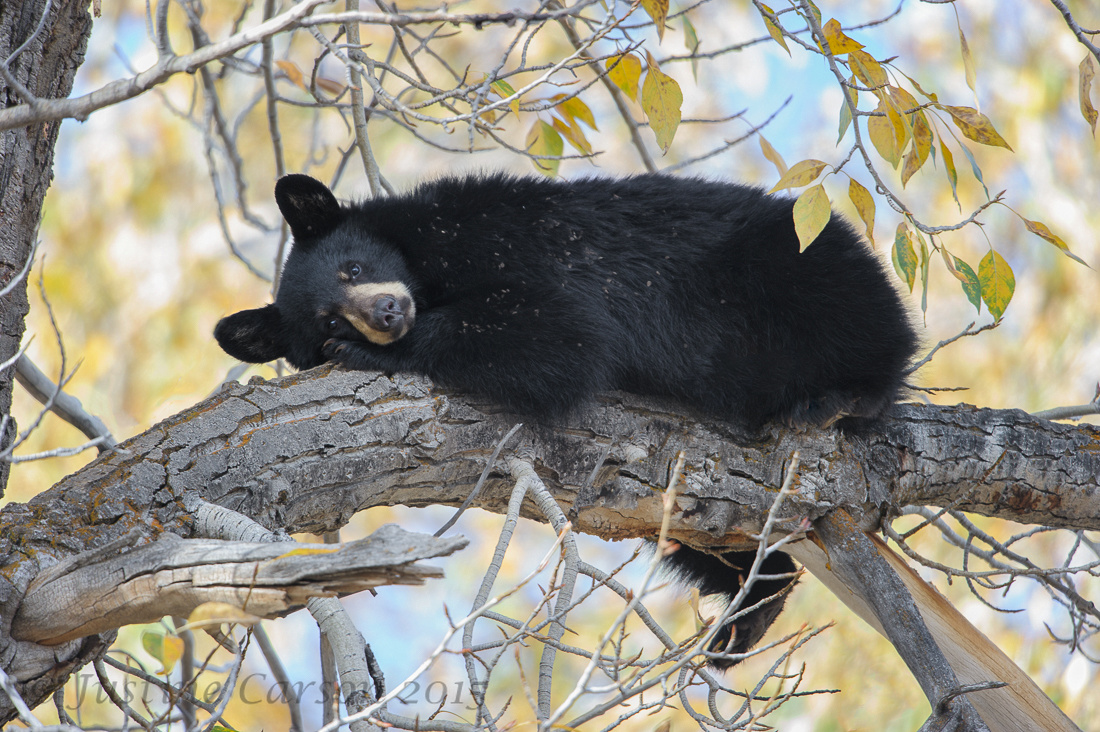 Eventually she climbed down and rejoined her cubs. Since she seemed wary of our presence, we moved on so as not to disturb her important food-gathering and cub-tending activities. 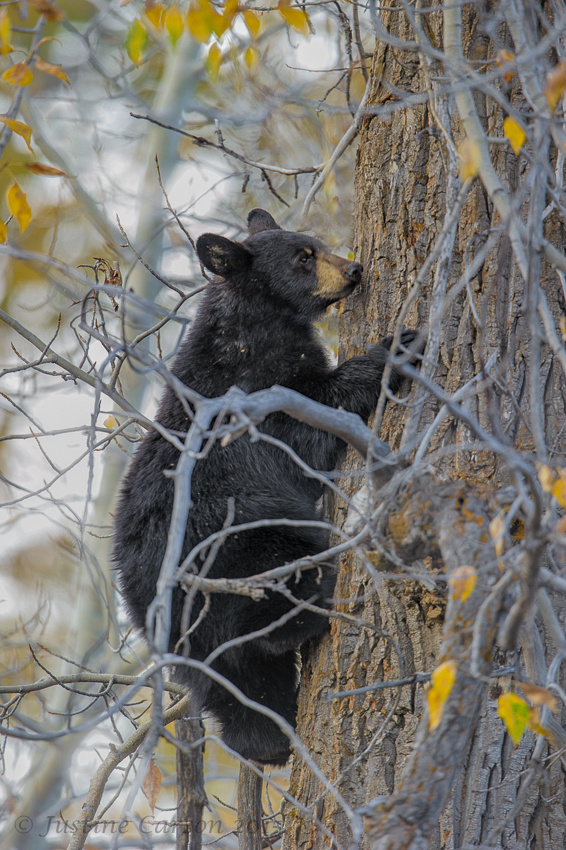 On several occasions, we also observed a larger (possibly male) bear foraging for berries on a hillside thick with Hawthorn bushes. For the most part the bear was engrossed in gathering and consuming berries and was almost completely hidden in brush.  Once in a while, though, it paused and glanced our way through a clearing in the Hawthorn thicket. 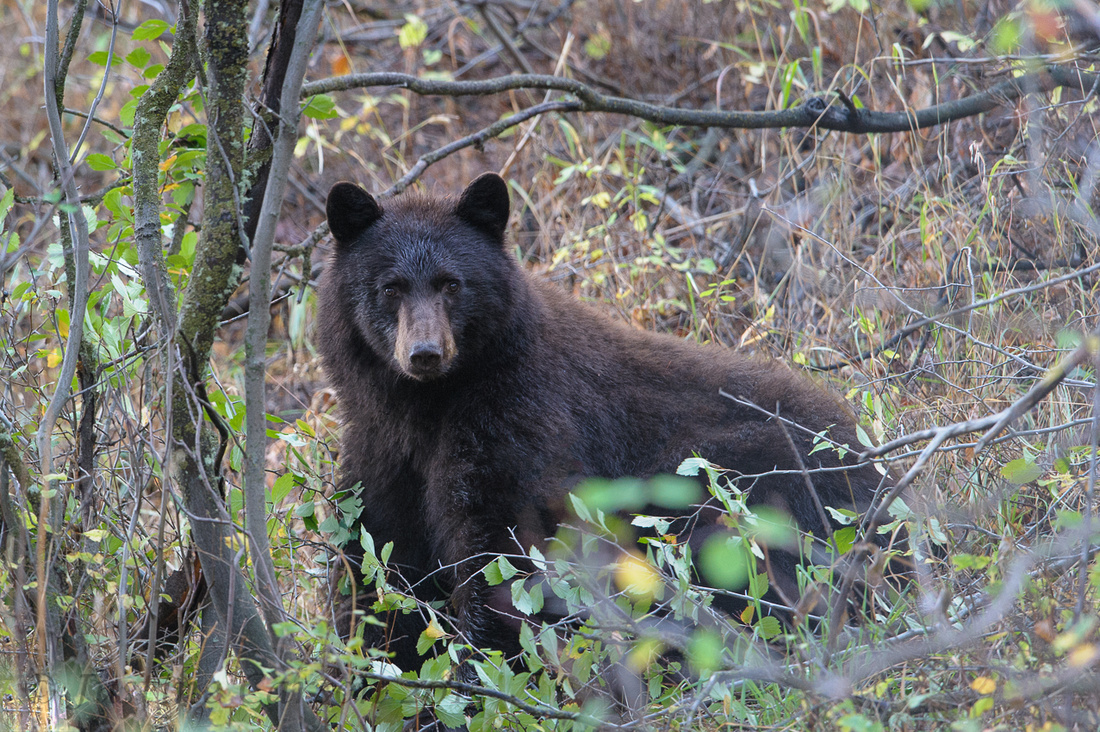