The Polar Bears of Kaktovik

Kaktovik is a Native Alaskan Inupiat village with a population of about 250 people.  It is located on Barter Island, which is in the Beaufort Sea just off the northeastern corner of Alaska. Like the well-known community of Churchill, it is a place where Polar bears gather in the fall to wait for formation of sea ice.

The primary food source for polar bears are the ringed and bearded seals that inhabit Arctic areas. The bears are considered marine mammals and can swim long distances.  However, they rarely catch their prey in the water but instead stalk the seals on the ice or seize them when they appear at their breathing holes. The presence of sea ice is essential — it is the platform from which they hunt.

Since the break up of the sea ice in early summer, the bears at Kaktovik have essentially been fasting and, though they can live on fat reserves for months at a time, the availability of other game or carcasses to scavenge can increase the chances of survival during this lean period.

Whale hunting for subsistence is a right granted to Alaska natives and the people of Kaktovik are allocated three whales per year. They do their hunting during the fall when Bowhead whales migrate along their coast.  The harvesting of a whale is cause for celebration in the village and once the whale has been brought ashore, butchered, and the meat and blubber divided up among the villagers, the whale carcass is taken to a spit at the end of the island — the “bone pile”.  This gives the bears another reason to gather near Kaktovik in fall. While the bears spend much of their time on narrow gravel bars off Barter Island, they visit the bone pile frequently in search of fresh whale remains.

The villagers have learned to adapt to life with polar bears.  In whaling season a bear patrol vehicle keeps the bears out of the village. (Polar bears are intelligent and have learned to respond to the sound of certain vehicles; a blast of the horn generally sends them on their way.) All doors are kept unlocked in the village and inhabitants can take refuge in any house if a bear wanders into town. In addition, in a program jointly sponsored by the village and US Fish and Wildlife, schoolchildren meet with tourists when they arrive in town and instruct them on how stay safe when polar bear watching.

My thanks to the people of Kaktovik for their commitment to co-existence with polar bears and for their efforts to teach us about these amazing animals. 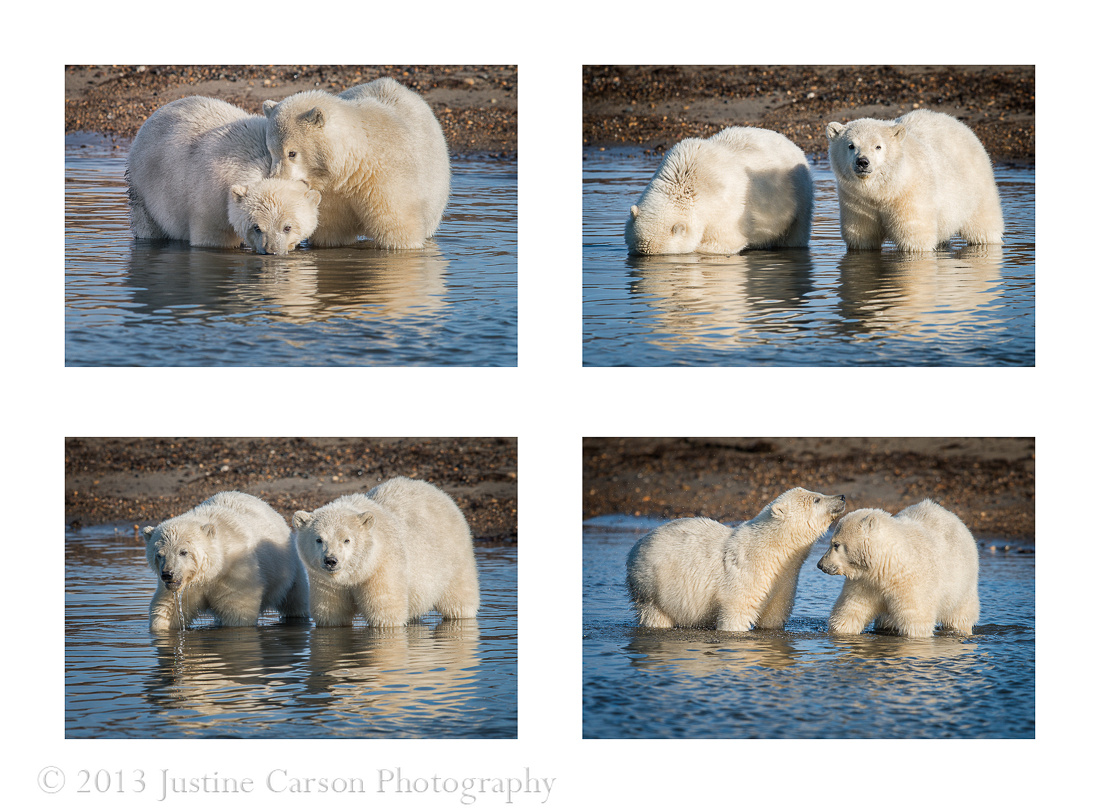 See more of the Polar Bears of Kaktovik in this gallery.