One of the highlights of my recent trip to Alaska was the chance to view the aurora borealis, or northern lights.  I had seen them only once before and many years ago when a very unusual level of solar activity created a display that was seen as far south as Connecticut.

The aurora can appear as a slight glow in the sky, a curtain of light, or bright swirls of light, generally a fluorescent green. They may remain static for long periods or change shape rapidly, creating swirls of light.

Solar activity seems to peak around the times of the equinoxes, making my early-September trip an ideal time to view the lights. I was in the right place (the auroral zone passes through northern Alaska) at the right time (within two weeks of the autumn equinox).  Now all that was needed was a good aurora forecast to coincide with a clear sky.

The conditions were ideal on September 6 when our photo group was staying in Kaktovik, a small Inupiat village located around 70°N. We got some spectacular displays and there were frequent clicking sounds coming from the cameras of eight happy photographers. 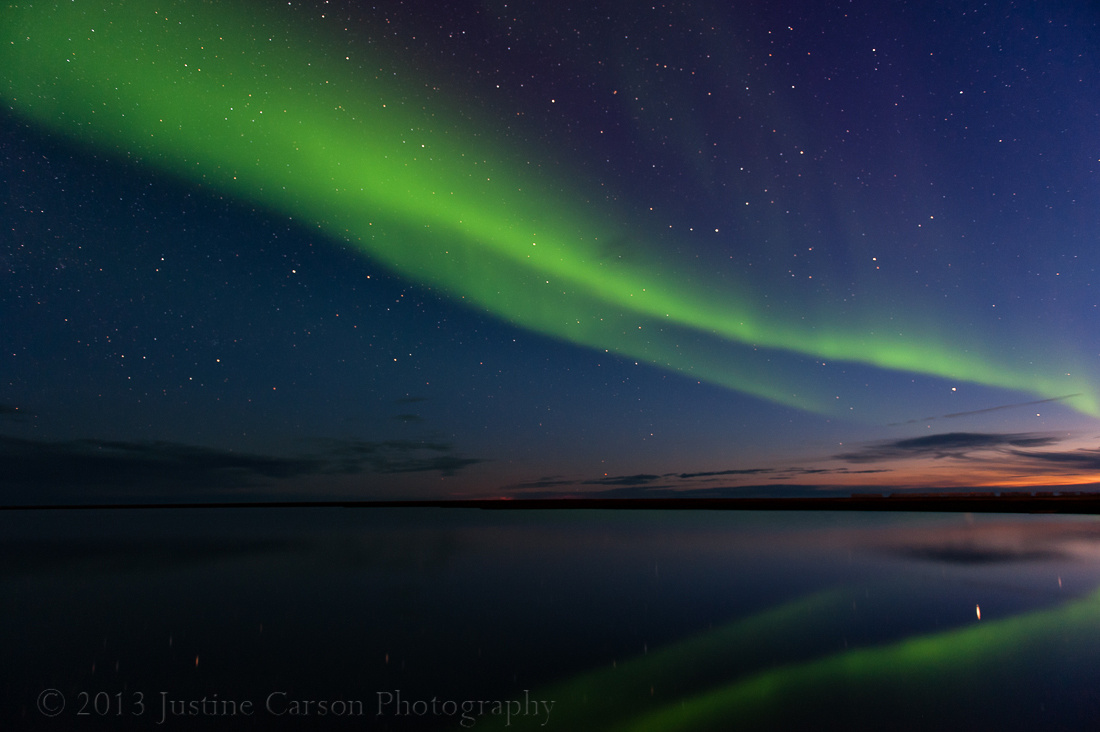 On the last night of the trip, farther south in Fairbanks (64.8°N), we got a partly clear night with a good aurora forecast and I was able to get a few additional pictures despite the lights of Fairbanks. 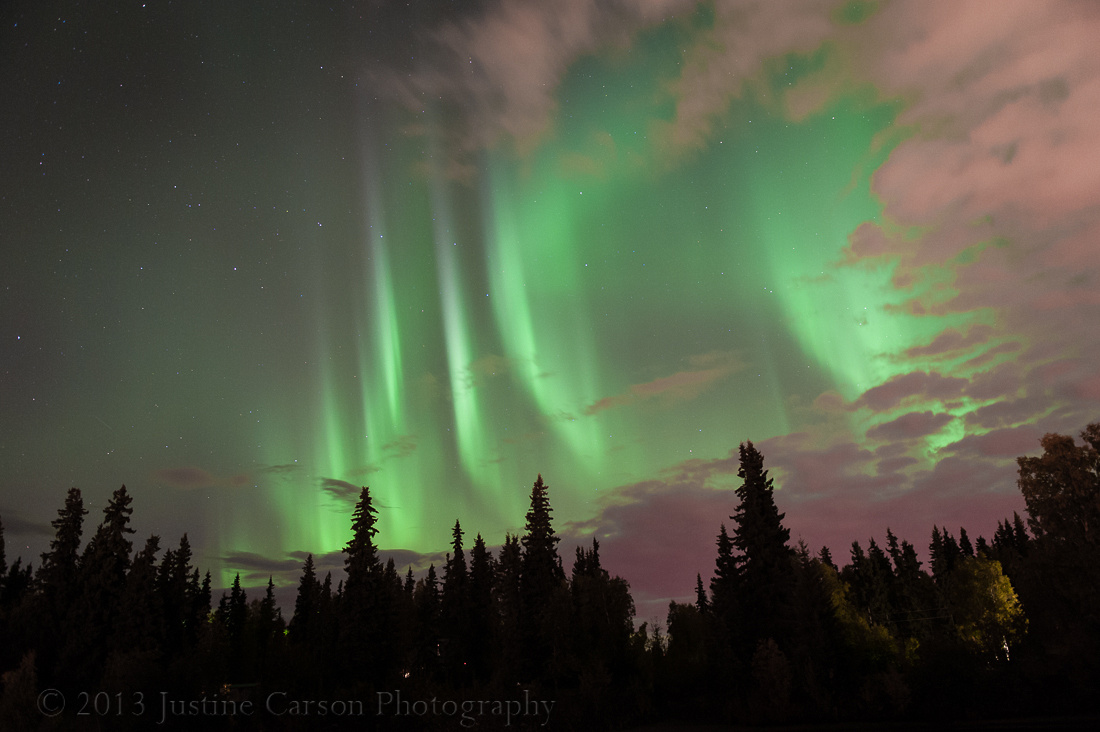 Northern Lights from Fairbanks, AlaskaLooking north across the Chena River toward a beautiful aurora display. City lights reflecting off the clouds give them their pink color.

For more images of the aurora, see my Northern Lights gallery.