The Laki or Lakagigar fissure eruption, a volcanic eruption that occurred on the south coast of Iceland in 1783, had world-wide consequences.

Locally known as the Skaftar Fires, this eruption started on June 8, 1783, and continued through February of the following year. The lava flow covered 565 square kilometers. Two churches and over thirty farms were destroyed in the initial eruptions. The long-term effects were even more devastating. Tons of toxic gases, principally hydrofluoric acid and sulfur dioxide, killed off half of Iceland’s livestock and the resulting famine killed almost one quarter of the population, leading this period to become known as the “Mist Hardships”.

The impact was equally dramatic on parts of Europe and around the world. In Britain, an estimated 23,000 people, notably agricultural workers, died from inhaling the poisonous gases that drifted southeast over the British Isles to Europe.  The thick fog of gases and ash caused disruptions of transportation and crop failures. The eruption is thought to be a factor contributing to the unusually cold winter of 1874 in North America and a weakened monsoon season in Africa and India. An unusually low flow in the Nile caused a famine which killed a sixth of the Egyptian population.

Today the Eldhraun lava fields are covered with a thick layer of mosses that create an unusual and much-photographed landscape. Because water flows quickly through the porous lava rock, most plants have a difficult time obtaining a foothold in these lava flows. Pioneer species, such as Woolly fringe moss which can absorb water directly though the leaves, probably began to appear around 100 years after the eruption.  Today they form a spongy carpet many inches thick.  A dull gray when dry, the mosses turn vivid shades of yellow-green after precipitation. 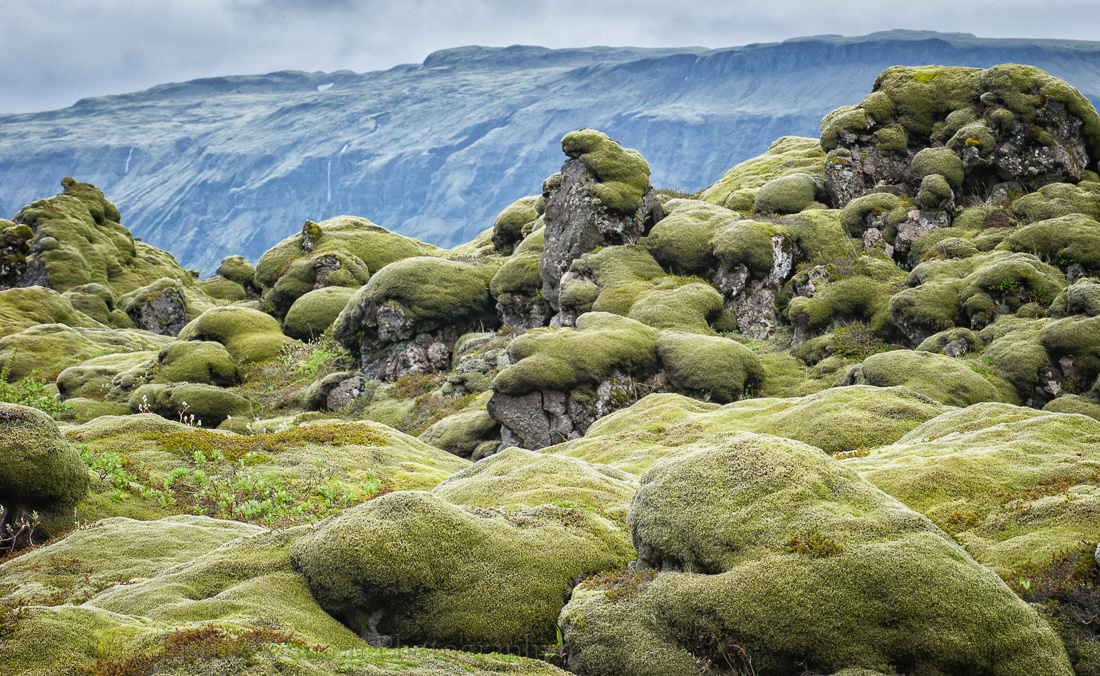 The Eyjafjallajokul eruption of 2010 which caused widespread airline delays and cancellations is a reminder of Iceland’s volatile geology and the impact it can have on our world. In California we sometimes worry about what the next major earthquake will bring. Maybe the next “big one” will be an Icelandic eruption and not a local earthquake at all.